Nothing new at the EU. Germans and Austrians leading the attack against democratically initiated laws that were created to protect the environment. Germany’s Bayer/Monsato and BASF are two of the world’s largest pesticide producers, with round one third of the market. 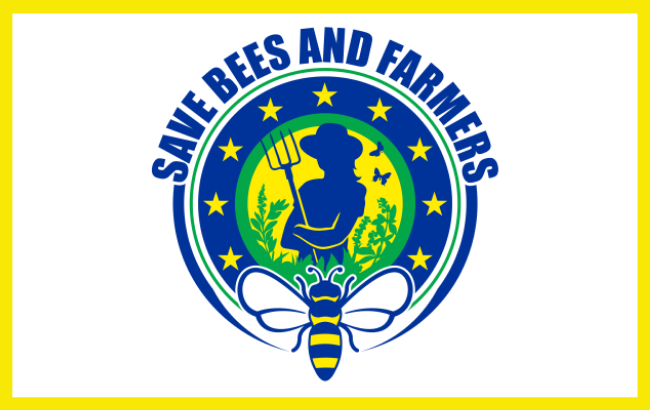 It did not take long for pesticide corporations, their allied farm lobbies, and right wing politicians to use the public health crisis caused by the COVID-19 pandemic as an opportunity to try to shoot holes in the Farm to Fork Strategy that the new EU Commission is currently working on. Once again, these powerful actors are trying to undermine EU efforts to limit the damage caused by industrial agriculture and finally get tough on pesticide use by European farmers.

These proposed changes are a response to long-standing demands from citizens, the environmental movement, scientists and progressive farmers alike. In July 2019, a European Citizens’ Initiative (ECI) was launched by an alliance of organisations, called  “Save Bees and Farmers”. This ECI – if successful – will be a very important tool to pressure the EU institutions in being more ambitious about pesticide reduction.

The initiative calls for an 80% reduction in pesticide use by 2030, and a complete phase out by 2035. It demands efforts to restore habitats, and to turn agricultural areas into vectors of biodiversity recovery. The Citizen’s Initiative also states that EU research funding should prioritise “pesticide-free and GMO-free agriculture”.

Importantly, the ECI also calls for farmers to receive financial support to help them to make the necessary transition to agroecological practices. We cannot demand that farmers change production methods at their own cost, when it was previous EU policies that pushed them into high-input agriculture in the first place. Also, they should not face unfair competition with food imports from other parts of the world where crops can be grown using a number of pesticides which are banned in the EU, but at the expense of biodiversity, soil quality, and human health.

But pesticide corporations (such as German Bayer/Monsanto) and big farm lobbies were quick to demand that the Farm to Fork Strategy be postponed. This strategy is a key element of the European Green Deal, and is expected to set ambitious reduction targets for the use of pesticides, fertilizers and antibiotics in agriculture, as well as increasing the amount of land under organic cultivation.

On 2 April COPA-COGECA, a farm lobby group which defends the interests of the largest farmers, cooperatives and the industrial farming model, sent a letter to MEP Norbert Lins (a German Parliamentarian of the EPP), chair of the Agriculture Committee in the European Parliament, arguing against this change. They wrote: “While Copa-Cogeca supports a transition to more sustainable production and consumption systems, given the current pandemic and its impact on society as a whole and the sector in particular, it is necessary to postpone the adoption of the Communication on the Farm to Fork Strategy.” COPA-COGECA added that “in particular, some of the targets that are currently being considered are likely to have far-reaching consequences for the volumes of food being produced in the EU and therefore the Union’s food security”. They did not provide any details or evidence to back up these claimed negative effects on food volumes.

The right wing EPP group in the European Parliament joined these calls. MEP Herbert Dorfmann (an Austrian Parliamentarian), the EPP Group Spokesman for Agriculture and Rural Development, called for the postponement of the Farm to Fork strategy till after the summer at least. “The strategy would impose new rules and restrictions on farmers across Europe, who are currently coping with the effects of the coronavirus pandemic and have to ensure food production in Europe at the same time. It is surely not the right moment to impose additional rules on farmers”.

BusinessEurope’s Director General Marcus Beyrer (an Austrian) also penned a letter to President of the European Council Charles Michel. He argued that the EU should “not press ahead” with new initiatives, so as to “avoid any new burden to industry”. Without saying it explicitly, he was clearly targeting the European Green Deal and the Farm to Fork Strategy.

However, these calls look more like the cynical use of the COVID-19 crisis to obstruct action on pesticides, rather than earnest concerns about the EU’s food security. Indeed many of the claims made are quite unconvincing.

Swift progress on the Farm to Fork Strategy would not affect current farming operations in any way. It is a strategy – a political plan – and the future targets that will be set could clearly not have an impact on the volumes of food being produced in the EU this growing season. Claims that food volumes will be lower if pesticide-use is reduced aim to obscure the multiple health and environmental benefits of food produced without pesticides. It is indeed the current food system that is highly inefficient in terms of the production of calories and nutrients. The highly wasteful and polluting meat production in factory farms, depending on large quantities of imported animal feed, is a case in point. Another way to protect food security would be to tackle the high level of food waste. This is particularly relevant in the context of this season’s harvest. Finally, due attention should be paid to the warning issued by biologists, that habitat destruction and biodiversity loss, as well as the unprecedentedly large concentration of animals in factory farms, are important factors contributing to the risk of pandemics like the one we are currently experiencing.

An alliance of 39 civil society organisations called on Commission Vice-President Timmermans not to further delay the Farm to Fork strategy scheduled for 29 April, stressing that the COVID-19 crisis has “brought to light some of the dysfunctions of our current globalised and unsustainable food systems based on long and specialised chains, with a strong dependency on foreign and migrant workers in poor working conditions”. They also emphasised “the urgent need for a Common Food Policy that is forward-looking, precautionary, resilient, social and health orientated, with an ambitious Farm to Fork strategy”.

However, it is nearly certain that Farm to Fork strategy will indeed suffer more delay. The question is how much, and whether that will lower its level of ambition. If that would be the case, it would be hard not to conclude that, unfortunately, the only thing COVID-19 has not changed is successful lobbying from vested interests defending their profits at the expense of a livable, healthy planet.

Something that everyone can do now, while #StayingAtHome, is to sign the Save Farmers and Bees initiative, and make an effort to ensure that family, friends and colleagues know about it too! Signatures can be collected until September. Find more information, and materials in several languages, here.

Karl Aiginger – A Green Deal will not work without refocusing productivity

The new president of the European Commission, Ursula von der Leyen, has announced a ‘European Green Deal’ and the Commission has asserted Europe’s need to develop a new growth model to achieve climate neutrality. However, […]

To understand the rise of the League and 5 Star Movement, look at economic indicators Walter Paternesi Meloni   is as Post-Doctoral Research Fellow in Economics at Roma Tre University Antonella Stirati  is Professor of Economics, […]