The auditing profession has become synonymous with fraud. Richard Murphy is being generous by not mentioning that the same auditing firms advise the same companies on how to evade paying taxes, not to mention how to commit fraud. Auditing was created to solve a problem: to prevent fraud. It has now become the problem as a perpetrator of fraud.

I am grateful to a commentator for drawing this legal case to my attention. 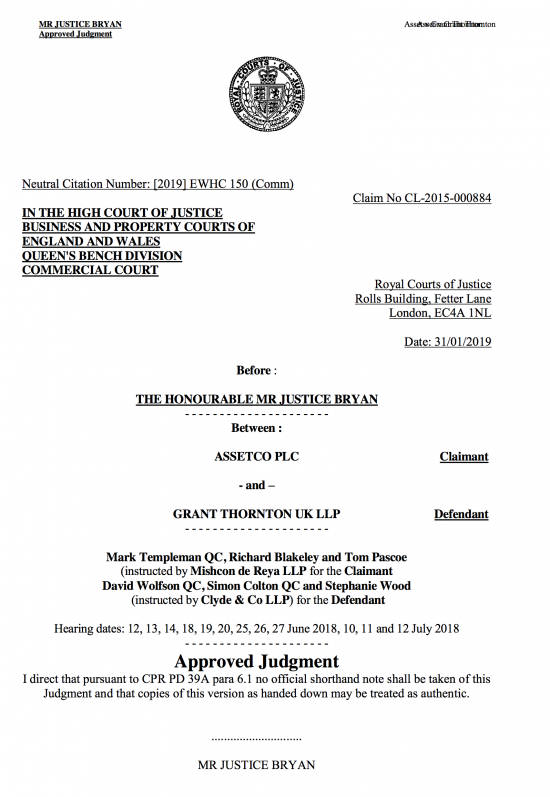 I do not claim have read all the decision. If you refer to it you will note that it is of considerable length. However, the essence is simple. It was claimed that a company failed due to management negligence and that the failure should have been identified by the auditors, who were Grant Thornton. What is then argued is that if the auditors had done their job properly many losses would have been prevented.

The core of the finding is to be find here: 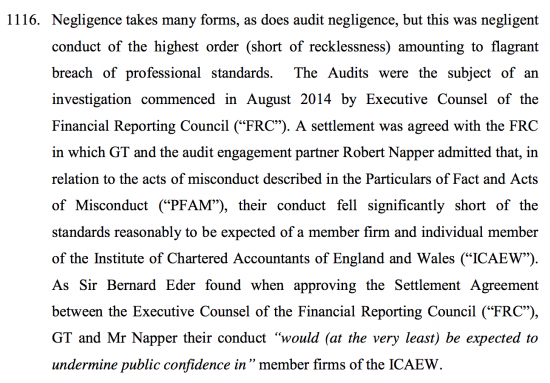 This adds some colour to this: 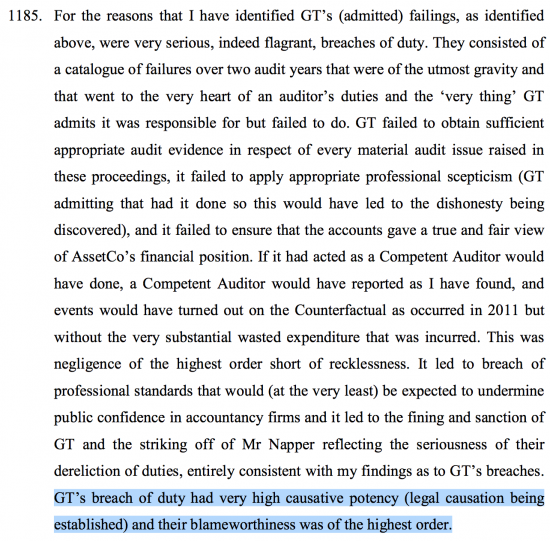 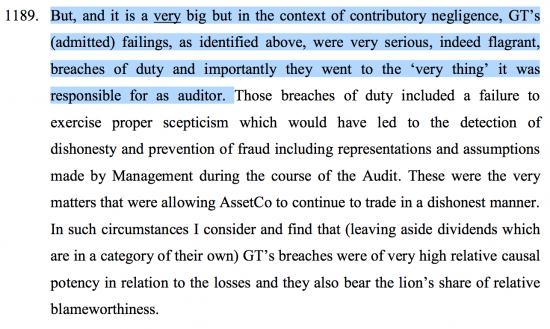 In both cases I added the emphasis.

The point is unambiguous. Grant Thornton did not just fail. They were grossly negligent. And so liable. Because, and let’s not beat about the bush, they appeared not to know what an audit was for. Or, if they did, then they failed to do one.

But only this week they claimed it was not their job to found fraud in representations to parliament. As is very obvious, that’s not true. Auditors do have such a duty.

Now let me suggest what this implies. Firstly, anyone who thinks that the problems of auditing can be solved by bringing in the mid-tier firms is very obviously wrong. This blows the CMA suggestion of joint audits apart: Grant Thornton are clearly not up to the task of participating in that process.

Second, this, then, makes clear that there is no private-sector solution to auditing in this country. The auditing profession has so lost its moral and professional compass that it appears no longer able to express sound opinion.

And third, therefore, state intervention is now inevitable if auditing, which is a fundamental component of successful market capitalism within a mixed economy, is to survive.

It’s time this was recognised.

Then we could get on to the other essential task of making sure that the accounts that are audited are meaningful, which is an even bigger issue that has to be faced.

Piero Valmassoi, a policy expert specialised in the platform economy and sustainable urban mobility, reports from the European Parliament on Uber whistleblower Mark MacGann’s hearing, finding that his revelations will not count for much if […]

Richard Murphy – The break away football league is all about the corruption of markets that the Tories have done so much to assist. Are they really going to oppose it now?

In neo-liberalism everything loses its inherent value and becomes a vehicle to profit-maximisation. Richard Murphy is a Visiting Professor of Practice in International Political Economy, City University of London. He campaigns on issues of tax […]