That even The Economist is at its wits end concerning capitalism is no surprise. Capitalism has ceased to function. 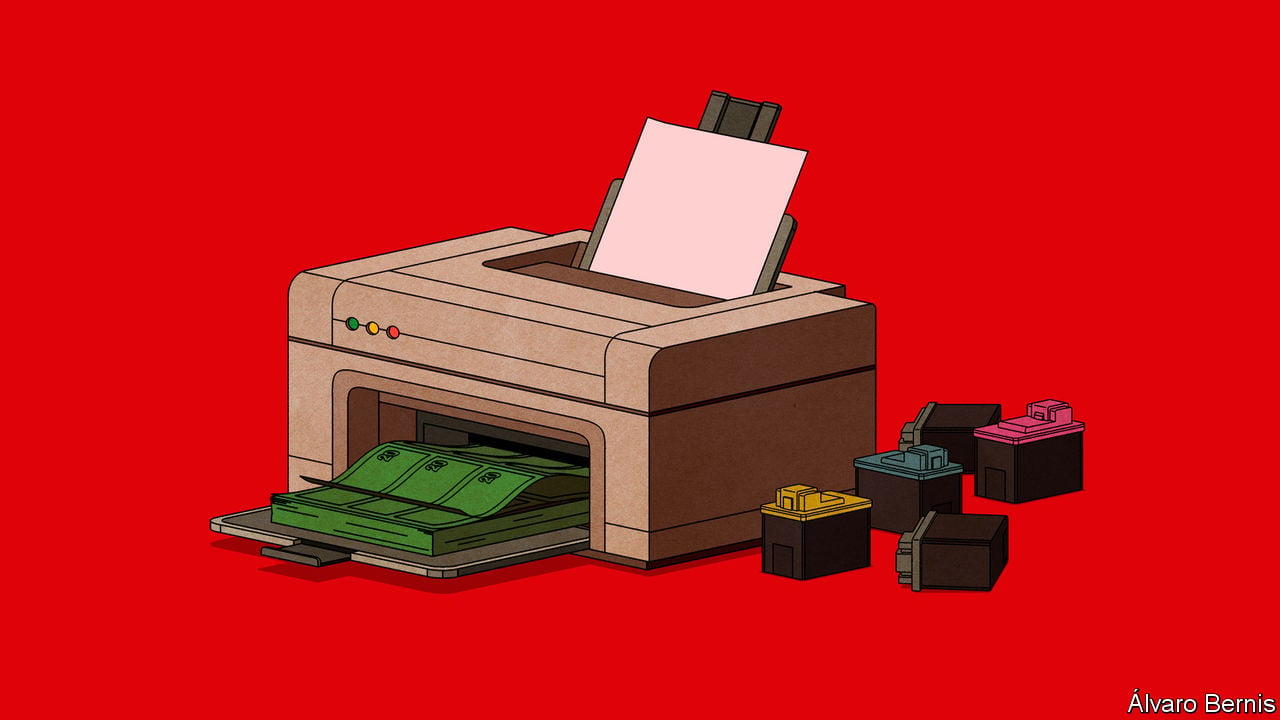 The Economist has published an article on the so-called Phillips Curve. The article was noted to have:

If anything that increases the significance of what it says.

They summarise the Phillips Curve very simply, noting that when first published in 1958 it highlighted:

a striking, decades-long relationship between British wage inflation and unemployment: the one tended to be high when the other was low. A downward-sloping curve … illustrated the point.

What follows is a rather long and not very exciting discussion of the disappearance of inflation as a phenomenon, and the near-absence of the curve as a consequence. It’s only when the end of the article is reached that something more interesting happens. They then note:

The neutral interest rate has fallen, according to some observers, because of global capital flows. Heavy saving by the world’s ageing populations has resulted in too much money chasing too few investments. By lowering the neutral rate, this “global savings glut” has left central banks closer to the floor on interest rates than they would like. That has made it harder for them to offset any additional downward pressures on prices.

What this fails to note is that the ‘savings glut‘ has been fuelled by conventional QE. Instead they note:

Friedman thought central banks could prevent inflation if sufficiently determined to do so. “There is no technical problem about how to end inflation,” he wrote in 1974. “The real obstacles are political.” Is reviving inflation any different? Central banks face two technical limits. First, they cannot lower interest rates much below zero. And they can only purchase financial assets, not consumer goods. Central banks can create unlimited amounts of money. But they cannot force anyone to spend it.

Which is, of course, entirely wrong. They could spend it themselves. And thankfully, this is the conclusion that they then reach, saying:

One solution is to work in tandem with the government, which can spend any money the central bank creates.

Not only can, but always does, it should add, since all government spending is funded in this way, but they go on:

Before covid-19, such dalliances were rare. But an increasing number of central banks, in both the rich and emerging world, are changing course. These partnerships will try to stop pandemic-related unemployment turning low inflation into outright deflation. If they fail it will be an economic disaster: mass joblessness coupled with negative inflation. And it will be no consolation to students of economics that this combination will remove the flatness from one of their discipline’s most famous curves.

So what do we really have here? In effect, this is The Economist saying MMT works, and the processes it describes should, it says, be used to prevent mass joblessness linked to deflation, which it sees as the new risk (with which I agree).

I don’t care about the Phillips Curve. I do care about real people. And I do care that there should be people-centred economic policy making, in which context it is good that The Economist is proposing this.

It’s just a shame that they could not say they were describing a job guarantee through a national investment bank and the processes are described by modern monetary theory. That would have really been useful to the educational goal of the article, but somehow it still seems to be the case that to utter the three letters ‘MMT’ with a positive connotation attached is to ask too much. But that will change.

The UN General Assembly in September, 2021, will bring countries together at a critical time for marshalling collective action to tackle the global environmental crisis. They will meet again at the biodiversity summit in Kunming, […]

New Economics Foundation – Climate breakdown: where is the left?