An entertaining but highly informative piece. Probably valid for most nations with an advanced capitalist economies 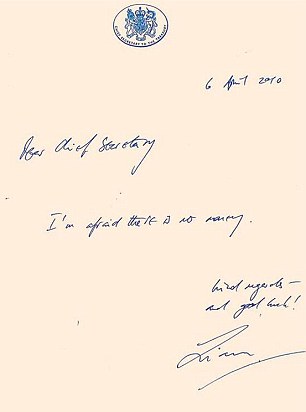 I have been asked by some politicians to answer the question ‘How we should we deal with the mountain of Covid debt?’ which is the question that they all fear when facing a radio or television interviewer. This is my fantasy Radio 4 exchange:

Interviewer: Let’s face reality here. The country is more than £2 trillion in debt, and this has got to be repaid. What would you do about it?

Politician: I am sorry to say that I do not agree with the arguments implicit in your question, and I need to explain why.

First, the country has not got more than £2 trillion in debt. The government has bought back around £800 billion of its own debt. Quantitative easing has cancelled that debt. In eleven years not a single penny’s worth of the repurchased debt has been sold back to the financial markets.

So, just like a paid off mortgage has been cancelled, so has this government debt been cancelled. In that case, I am not sure why you want me to explain how to repay government debt that has already been repaid? Your question doesn’t make sense unless you’re asking me how we would repay the debt twice, and I’m not sure why you would want us to do that.

Third, if you’re asking how we could cancel the electronic money used to buy the debt, again, I am not sure why you would want to do that. The money in question – about £800 billion of it – is what provides our financial system with the stability it needs now. We could force that money of existence, but we’d destabilise the entire banking system if we did. Is that what you want, and why? Do you want another financial crisis?

Interviewer: But you know, everyone knows, that we cannot afford this debt. The Chancellor is already warning that if interest costs go up by 1% then the cost of government debt will increase by £25 billion. How can you not worry about that?

Politician: Again, your question really does not make a lot of sense, and I am going to have to explain why.

First, let’s look at that £25 billion. Of that sum at least a third, and maybe a half by the end of this parliament, will be the interest that is still being paid on the government debts that the government has itself repurchased using quantitative easing, but which the government claims still exists to frighten us with numbers like this. So, I suggest half that £25bn of interest will come back to the government, straightaway. The real cost is just £13 billion in that case.

And of that £13billion part will be paid in tax. On average let’s use 20% or so and say around £3 billion of tax will be paid. We’re down to £10 billion now. Does that sound quite so painful? I thought not. If we get the numbers right they’re nothing like what the Chancellor is suggesting.

Then remember that most government debt is fixed-term – and so on average it will take up to 14 years for some of it to see the interest rate change. In other words, this cost will not actually arise for a long time, if ever.

After which recall that interest rates are now almost entirely under government control because of QE. The old days when the markets ruled rates are long gone. So, the question is, why would the government want to increase rates? I wouldn’t, so please don’t ask me to justify the cost of something I would not do.

Interviewer: But come on, surely you agree that we cannot go on like this? There is no magic money tree. We can’t just keep adding to the debt, can we?

Politician: Again, your question makes no sense, I am afraid. First, the national debt in the UK started in 1694. And as a matter of fact, it has increased almost without interruption since then. So, it would seem that 327 years of history says we can keep going on like this.

Second, there very obviously is a magic money tree: what we now know is that the Bank of England can create money on demand. That’s always been true, but now we have seen it and can never pretend otherwise again. Why do you ask me to believe what is obviously not true in that case?

Third, we know Japan has created more than 200% of its GDP in QE and is still doing very nicely despite that. So, what the limit is in the case of the UK is not yet known, but it’s likely we have a very long way to go.

Fourth, we now know the government can take almost complete control of interest rates in our economy. It’s done so for more than a decade now. Real interest costs to the government have fallen as a result, and that’s even before taking the impact of QE debt cancellation I’ve already referred to are taken into account.

Fifth, because the government now knows it can use fiscal policy, monetary policy and QE to control inflation the risk of that is also very low now. Current paranoia is that we might reach the 2% inflation target after all, not that things are spinning out of control.

So, sixth, I can’t see a reason why we can’t go on like this.

Interviewer: You can say all that, but the Treasury, the Bank of England and the Office for Budget Responsibility all disagree with you. So why are you right, and they are wrong?

First of all, the IMF, World Bank and OECD would all say that the Treasury, Bank of England and Office for Budget Responsibility are wrong. I think you should ask why our public economists are arguing with the weight of world opinion, because that’s what they’re doing.

Second, the reason why they’re wrong is that our public economists are still yearning for the old economics they were all taught back in their days at Oxford, or wherever. The nice mathematical models they learned that told them markets are always right and government is always wrong may have looked good on professor’s blackboards, but that did not make them right.

Third, we know that those old economics models were wrong. A decade of austerity that left us wholly unprepared for the shock of Covid, and left millions impoverished and without the services they need, proved that. And the private sector did not deliver much growth. If anything, it just carried on destroying the planet whilst making this country more unequal.

Fourth, we know economics textbooks do have to be rewritten. The Bank of England itself said all the textbooks were wrong about money in 2014, when they admitted banks not only could make money out of thin air, but that they did make all our money that way. But having done so, the Bank now refuses to take heed of its own advice and sticks to out of date dogma.

Fifth, there is politics in this. Tory governments want a small state. They will say whatever is required to deliver that, whether it is right or wrong.

Sixth, I think we need a bigger state than they suggest appropriate. That does not make me wrong. It means I have a different opinion, and one I think most people in this country would agree with.

Interviewer: So we’re back to socialism then?

Politician: It’s interesting that you think we’ve had socialism because I don’t recall that. Nor is it what I am calling for now.

I am arguing for a mixed economy where state and private sectors each do what they are best at. I think that dividing line is wrong now. I think the state should do more and outsourcers should do less. The success of the truly NHS vaccination programme as opposed to the private sector track and trace programme is, I think evidence of that.

But that does not mean I am suggesting socialism. I want to build a partnership to create a transition to a full employment, sustainable economy. That is what we have to have. That is what is possible. But it is impossible if we try to crash the economy by repaying the national debt when it has already been paid, or by trying to crash the banks by withdrawing the funding that they rely upon. Recessions do not create investment and change, which is what we need. They create stagnation. And since private money is not creating that investment and change right now I am suggesting state money should instead.

So, a question for you. Do you want me to promote a recession or stagnation, as your questions imply, or sustainable growth and jobs, as I want? Is there even a choice to make? So why ask the questions that you do? Why not change the agenda to one that is appropriate for the times? Your listeners might thank you.

Frances Coppola – Britain was not “nearly bust” in March

Coppola debunks the  the sort of Fake News we shall soon be encountering often in mainstream media in preparation for the Great Austerity. Frances Coppola is the author of the Coppola Comment finance and economics blog, which […]

Thom Hartmann – Is That Civilization-Ending Climate Change Is Knocking on Our Door?

Climate change has caused the decline of many previous civilisations Thom Hartmann is Writing Fellow at Economy for All This article was produced by Economy for All, a project of the Independent Media Institute Photo […]

People appear to understand the abstract concept of “limitless”, but it is more difficult to understand that the concept cannot and should not be applied to growth. Even socialists must shake off the idea that […]