There is a difference between knowledge and dogma. The latter can easily persist without the former.

My attention has been drawn to the Zero Hedge website where this has been posted: 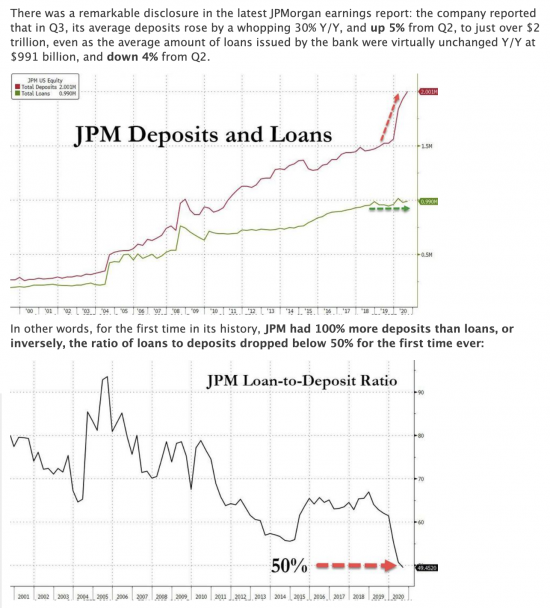 The conclusion of the piece was:

I was asked to comment on this. I have three comments to make.

First, there is no such thing as fractional reserve banking anymore. Even the Bank of England says that is history. So, the whole basis for this post is wrong.

Third, that central-bank money is created by loan, just like all of the money is created in that way, but the loan arrangement is entirely within government-controlled functions. This is what differentiates it from commercial bank-created money. Commercial banks can only create money by lending to third parties. Government can do it by lending to itself. In the UK that is done by government / Bank of England interaction. In the US, substitute the Fed, but the outcome is the same.

Given these three facts, what Zero Hedge reveals is that it has no comprehension of the way in which the banking sector, or quantitative easing processes, work. It’s quite scary that such ignorance still exists.

Perhaps more importantly, it also reveals that it is entirely unaware of the difference between commercial bank-created money and government-created money.

Less surprising is the fact that it has not thought about whether, given that such a difference exists, it is appropriate for deposits held by commercial banks with their central bank should be shown as deposits on their balance sheets, or as something quite different.

I do not wish to be presumptuous here since this is an issue that I am currently working on. However, it seems to me that some fundamental accounting errors are now being made with regard to such issues. That error is partly in government accounting. There central reserve accounts maintained by the commercial banking sector with the central bank are shown as liabilities. However, in practice those commercial banks have no control over the redemption of these deposits, which can only be moved between those banks, but not ever, in effect, be reclaimed by them at their option, meaning that they do not behave like any normal bank liability. In that case, as they are effectively not repayable, are they liabilities at all?  And in that case do these accounts need to be differentiated in the accounts of those commercial entities as being something fundamentally different from bank deposits?

I will return to this theme, but suffice to say for now that I think that significant new thinking on this issue was required.

Kevin Farnsworth and Zoë Irving – Austerity politics, global neoliberalism, and the official discourse within the IMF

Is austerity a ‘dream come true’ for neoliberals, or did the global financial crisis force policymakers to question neoliberalism’s core principles and change direction? Focusing on speeches by members of the International Monetary Fund, Kevin […]

What is not mentioned are the duties required of citizens, but one can buy one’s way out of these too. This aspect, by the way, is well covered in Branko’s book “Capitalism, Alone”, a book […]

Colin Hines, Richard Murphy: Funding the Green New Deal – How we could Save for the Planet