The long awaited EU’s  so-called tax haven blacklist was published yesterday.The result was a lack of effective action being taken by the EUonce again – another missed opportunity, but no coincidence.

The EU has published it’s tax haven list. This is it with reasons given: 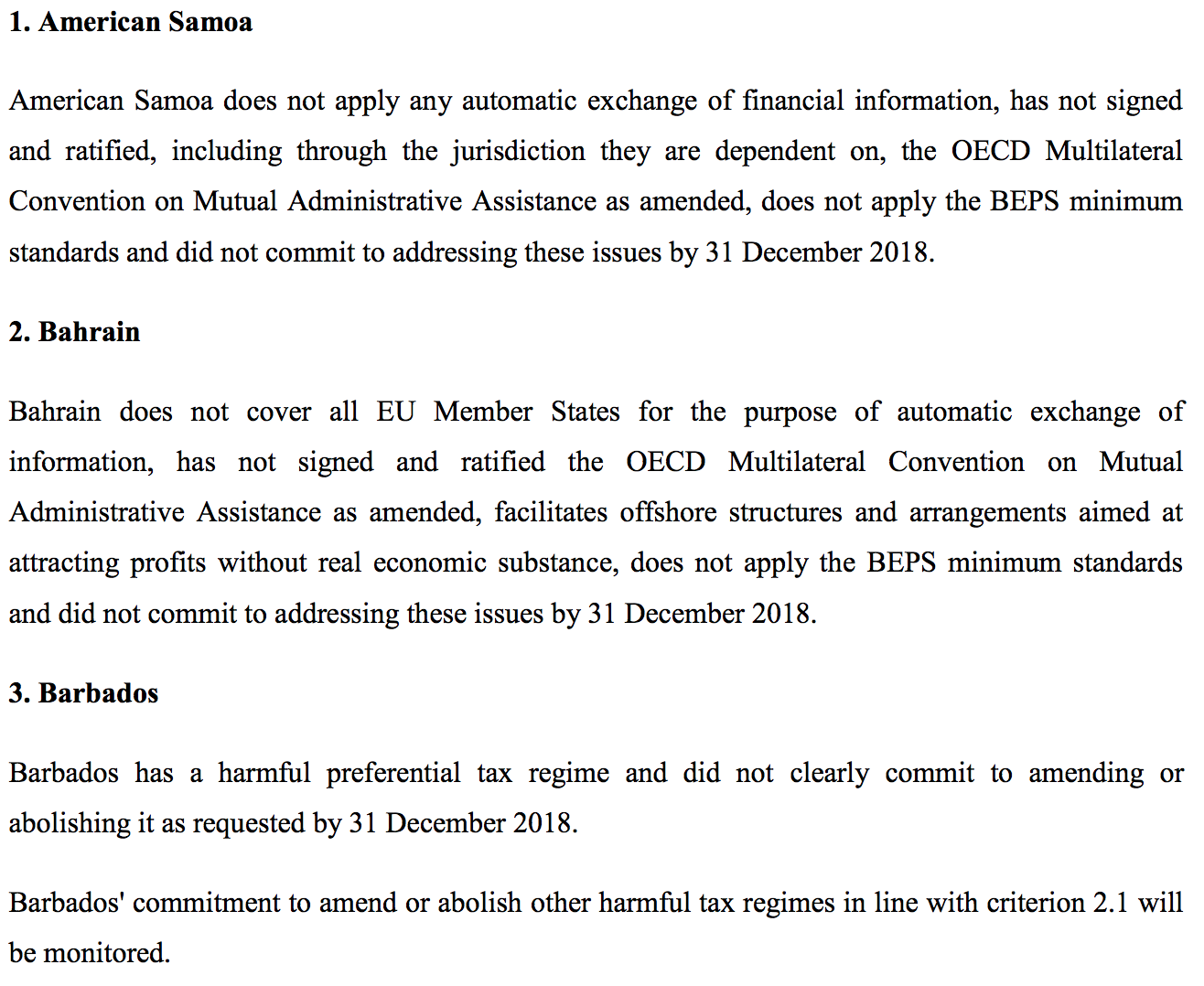 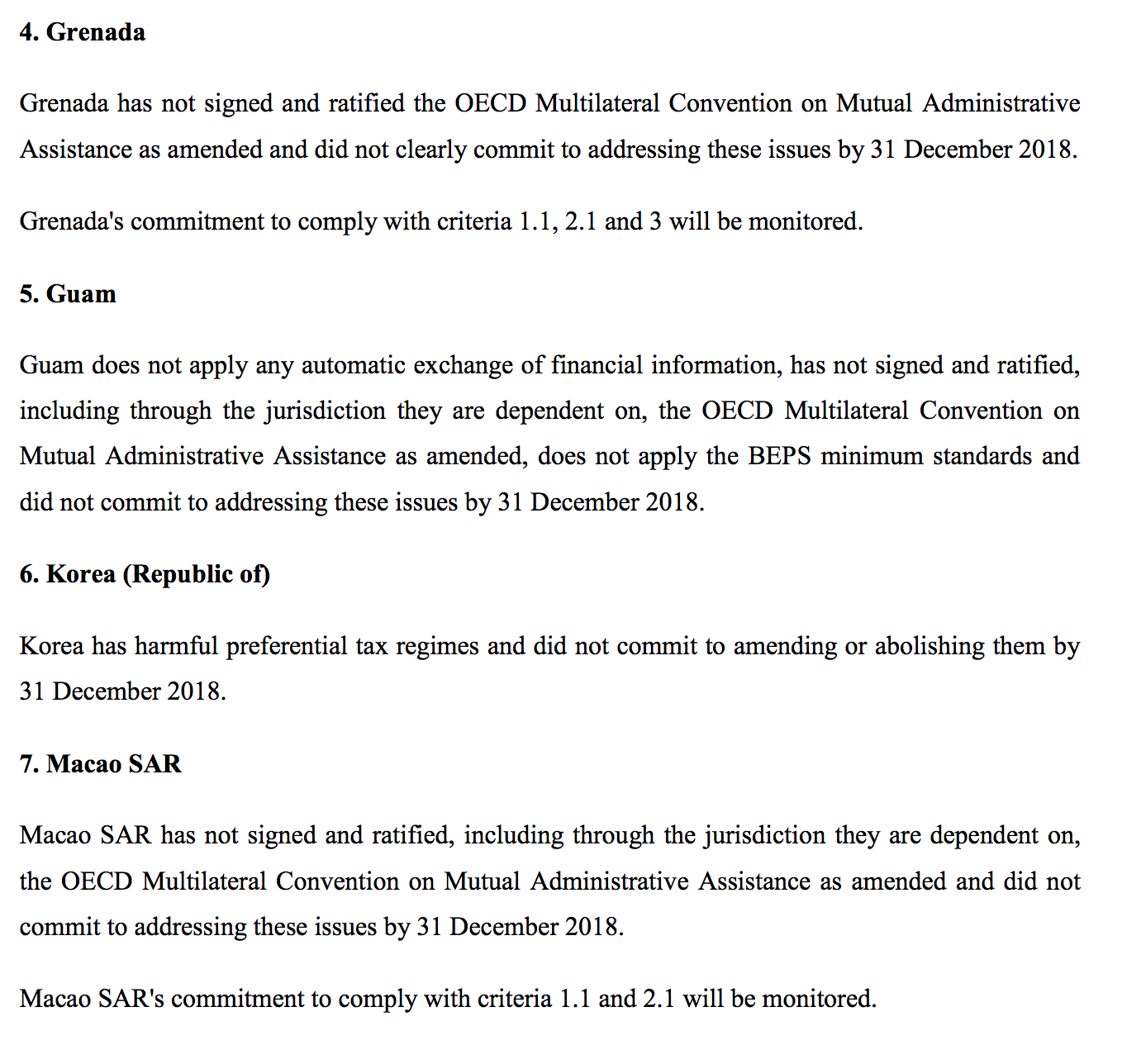 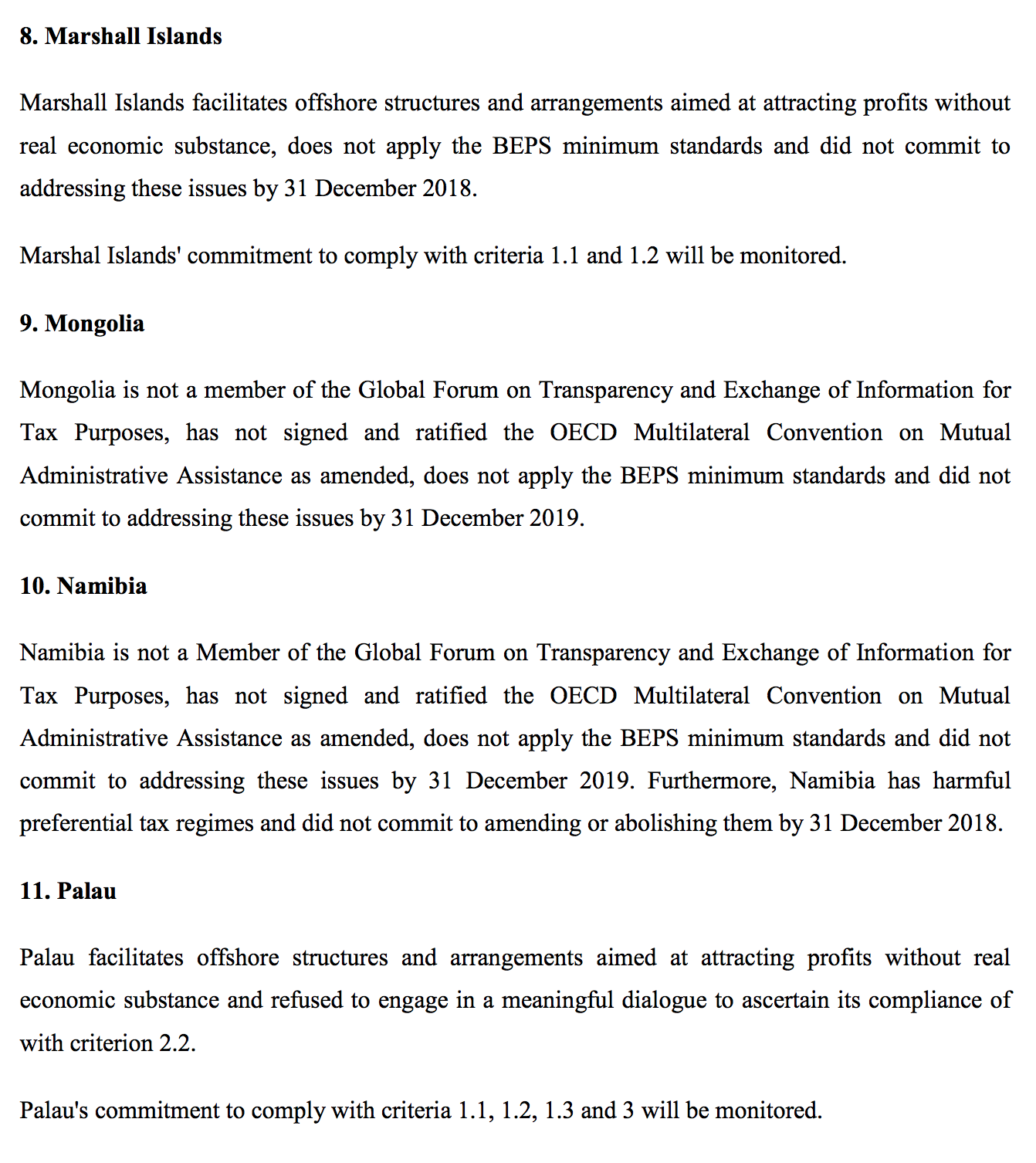 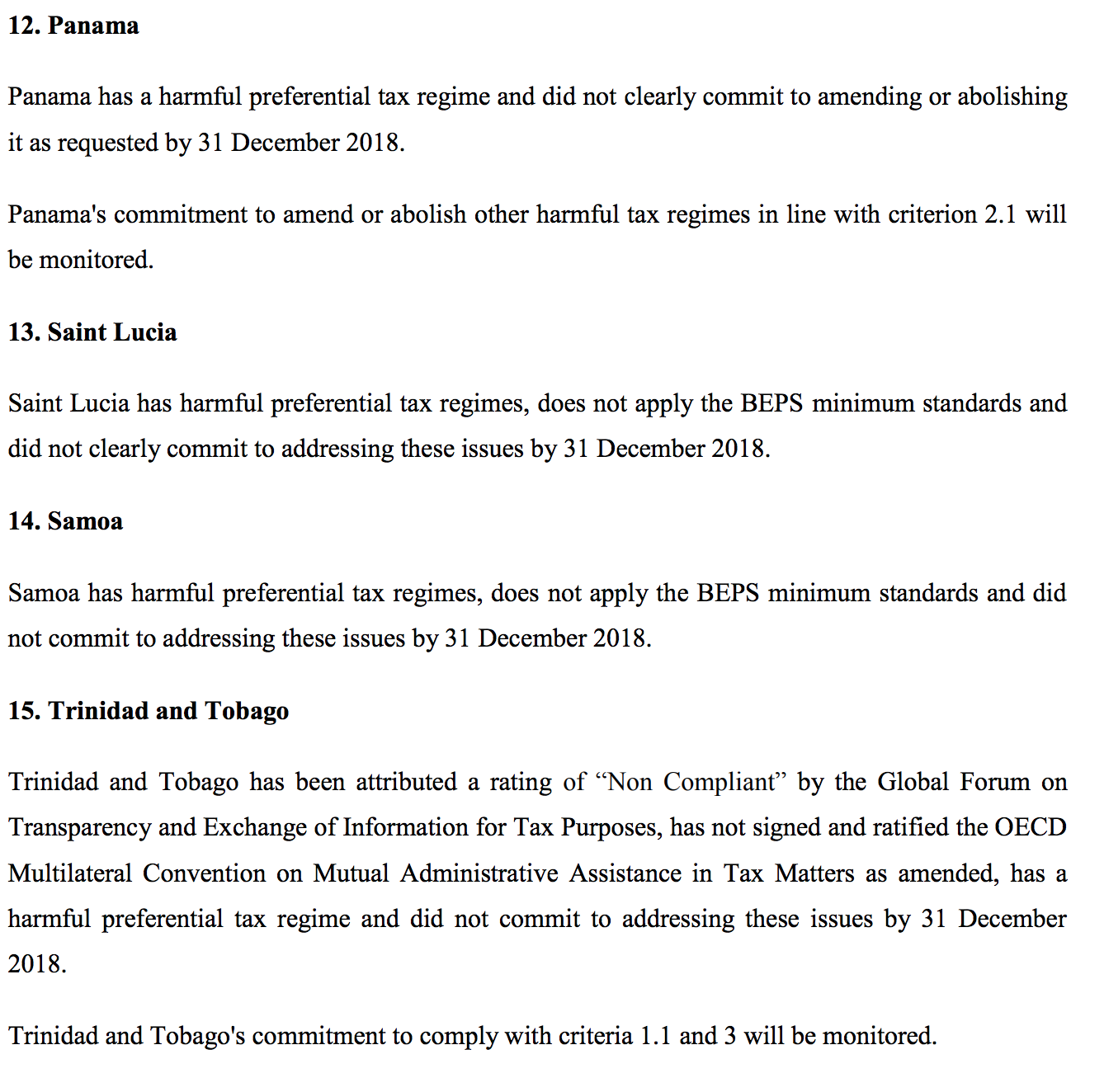 I groaned when reading that. Of all the places listed Panama may be of concern, and perhaps the UAE. Of the rest, none are functioning tax havens, and everyone knows it.

None of the EU tax havens are there. The UK, Ireland, The Netherlands,  Malta, Luxembourg  and Cyprus all deserved to be listed.

So too, because of their role as sink locations for international financial capital did the British Virgin Islands, Jersey, the Cayman Islands and a host of other locations, but you can look in vain.

And trust me, I have looked at the commitments given by  places to get themselves off this list.  Most of those who have given commitments are as obscure  in tax haven terms as those noted here:

It is only when it came to commitments made to remove tax regimes that allow the location of profit without there being any related economic substance that there is a meaningful list of locations noted as having made a commitment to reform their practices:

So, Bermuda, the Cayman Islands, Guernsey, the Isle of Man, Jersey and Vanuatu (with the last being pretty irrelevant)  are, in effect, going to have to remove their zero rate corporation tax regimes that permit profits earned elsewhere in the world to be recorded in their locations without any questions being asked.  If any of those regimes really change  as a result of those commitments then  something of real substance may come out of this process. I  would hope that the British Virgin Islands are added to the list in due course and are currently  omitted simply because of disaster recovery issues.

But, let me be candid,  the list of headlined noncooperative states published today by the EU looks fairly meaningless.  It is only in this one paragraph, number 2.2.,  that anything substantial is offered. And the fact that the EU has ignored its own abusive states   undermines much of the credibility that this list might have.  That makes this a disappointment for all those who have campaigned for tax haven reform,  even if the writing is on the wall for  at least five British tax havens.

In this second piece on the Turkish elections, The New Pretender deepens its analysis of Muharrem İnce’s left populist campaign. According to opinion polls, only 7 to 1% would separate İnce from Erdoğan in the second round […]