A compelling and very sobering look at Europe’s economic future. This applies for all of Europe. No V recovery. No return to normal. Everyone jumping in planes to spend their Summer holidays in Southern Europe is not happening. The sad thing is that there is no real plan for this. And do not forget, a hard Brexit does not only have consequences for Britain, but for the EU as well. 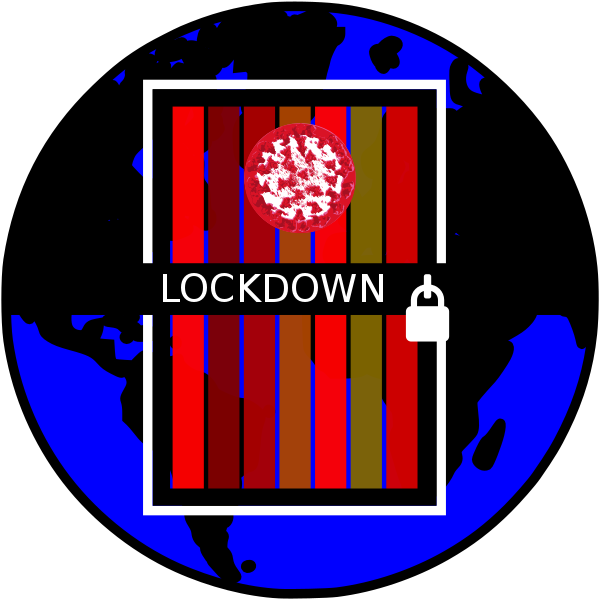 Michael Saunders of the Bank of England Monetary Policy Committee gave a speech yesterday that was worthy of attention. He said this:

With the collapse in activity, the labour market has weakened dramatically. The surge in new Universal Credit claims, and other indicators, suggest that the jobless rate has risen from 4% to about 9%. Workforce participation has probably fallen, because some of those who are not working but would like to work might not actually be classified as unemployed. In addition, over 8 million jobs (more than a fifth of the total) have been furloughed. Among those in work, a substantial portion has experienced a reduction in working hours. The regular BoE/Ipsos surveys of households suggest that, in all, slightly more than 50% of people have either stopped working or are working less than usual. Again, such a rapid deterioration in labour market conditions is without precedent in recent decades.

Then he said this:

Around a quarter of households report that they have faced financial difficulties in recent weeks. Likewise, the regular BCC surveys suggest that each week a high share of firms report their cash reserves are worsening.

In case that needs translating, he’s saying people and companies are going to go bust.

The drop in activity reflects reductions in supply as well as demand. Even so, it is clear that the net effect has been highly disinflationary so far, with lower oil prices and a substantial squeeze on margins. Headline CPI inflation has now fallen into letter-writing territory below 1% and the MPC expects that inflation will fall to about zero around the end of this year.

Which means there’s no hint of inflation on the horizon, in his opinion.

Even as the lockdown eases, households and businesses will still face considerable uncertainty and downside macro risks, for example because of fear of further job losses or business failures, and the possibility of a renewed escalation of the Covid outbreak that requires some lockdown measures to be reimposed. … [And t]he economy will continue to face other major uncertainties, for example over Brexit and global trade policies. At the moment, and I suspect for some time to come, many firms will not be able to plan ahead with much confidence. As we have seen previously, when there is high uncertainty with downside risks, households and businesses tend to defer major spending decisions, especially those that would be costly to reverse.

Which means we have no clue what’s going to happen, but Brexit will definitely make it worse.

Almost inevitably he then noted:

[E]ven if and when this virus is contained, the searing experience of such a dramatic drop in incomes, jobs and profits is likely to have lasting behavioural effects, as after previous crises. Before this year, the idea that GDP could fall by more than 25% in two quarters, or that something like 25% of the workforce could suddenly become unemployed or furloughed, was almost unthinkable. Quite reasonably, many people and firms did not build such possibilities into their decision-making. Having seen that such dramatic swings in economic activity can happen, I suspect that people’s expectations for the future will put much more weight than previously on extreme downside possibilities. The desire to self-insure against such adverse tail risks is likely to lead to lower risk appetite than in the pre-Covid period.

In plain English, that means everyone is going to stop spending.

Lenders also will probably be more cautious, pricing in higher credit risks and wanting to see greater resilience and extra collateral before lending.

Or to put it another way, once the government-backed loans are over don’t be too optimistic about getting another one.

As a result of all this he noted:

Which pretty much reads ‘we’re on the slippery slopes to a slump.’

Even if the announcement of extra asset purchases would not push gilt yields much lower, it would help to limit the chances of an undesirable tightening in financial conditions and thereby reduce downside risks to the recovery. Again, it was about risk management.

The translation of which is, watch out for a lot more quantitative easing, because that’s all the Bank of England’s got left that it can do.

But let’s be clear about one thing, which is that this answers the question ‘who is going to pay for this?’ It’s the Bank of England.

RNZ: Steve Keen – The Case for a Modern Debt Jubilee

As the global economy spirals post-coronavirus and many people can no longer pay their debts or are being forced to take out new ones, is it time to wipe the slate clean?  Two Cents Worth considers […]