In his speech to COP26, Barack Obama told the world that the reason we’re not tackling climate change is because of ‘nationalism’. This comment may have been ignorance, myopia or bad faith, but it is certainly wrong.

Criticising Obama is a tricky business. He is one of those people who is both a flesh-and-blood politician and a symbol. That symbol mattered very much – America had a black president and we can’t forget the importance of that. But far too often Barack Obama the politician gets to hide behind Barack Obama the symbol. His term as a US President wasn’t ‘disappointing’, it was awful.

Obama was wholly captured by the corporate and banking sector and it was him that ensured there was no reform of global finance after the financial crisis. Barack Obama dropped more bombs on foreign countries than Roosevelt, Johnson, Nixon, Regan or either Bush. In office, Obama’s performance on climate change was truly appalling. America is the most nationalistic of nations and Obama was as jingoistic as anyone.

It is this lens through which you should view Obama’s comments, not through the lens of him being some kind of speaker of moral truths. He is effectively a spokesperson for corporate America. But is there any merit in his attacks on nationalism as a barrier to environmentalism?

No. In reality the entire concept of environmentalism as we now know it developed hand in hand with the rise of nationalism and romanticism in the mid-to-late 19th century. Writers like Ralph Waldo Emerson, Henry David Thoreau and John Muir (three of the originators of what we’d call modern environmentalism) very much came out of the nationalist-romantic movement.

It is important to understand why this is. Nationalism is now presented (falsely) as being in conflict with ‘internationalism’. In fact nationalism arose as a response to imperialism. It was the end of an extended era of conquest and colonisation which had seen empires grow and grow on the back of the subjugation of the people in the conquered lands.

That is why romanticism and nationalism have always been so closely linked – it was the turn to the traditional and indigenous cultures, as a way to resist the imposition of the culture of the imperial overlord, that drove nationalism, first in the singing of folk songs as an act of resistance by the oppressed and then for that to be explored in art by the romantic generation.

It was this celebration of landscape, nature, wildness, custom and tradition which linked nationalism, environmentalism and romanticism. Empires are parasitic; they invade and they take and they despoil in the colonies while they protect the quality of life in the imperial capital. Empire’s role in repeated famine is the environmental consequence of this mindset.

But where imperialism is about power and resources, nationalism is about place. What cares a colonial government if the extraction of resources does irreparable damage to the land they govern since they’ll all return to their own lands soon enough. The ‘citizen of the world’ can always hide themselves away from the damage they do while the citizen of a nation must live with the damage.

It is no mistake that the idea of the long history of land and place and the way it entwines with and shapes the people who live on it is inextricably linked to the drive to preserve and care for the land. It is the ‘First Nation’ nationalists in the Americas and the Antipodes and the anti-imperial nationalists of Europe and Asia who celebrated the importance of the well-being of their lands, not empires and certainly not corporations.

This remains the dynamic at play today. The ‘imperialists’ changed their name for rebranding purposes and adapted their working methods. They now call themselves ‘globalists’ and while they still invade countries at the drop of a hat and take their resources, it is not their preferred option. They’d rather bribe leaders (democratic or not) to sign binding deals with transnational corporations.

This then binds these countries into giving up their resources on the terms set by the corporations every bit as much as if they’d been invaded. It is this dynamic which globalists like Obama are trying to protect – which is really just to say global capitalism.

Meanwhile the serious environmental economists are talking about steps such as ‘carbon borders’, almost the definition of environmental nationalism. It is almost farcical to say that globalisation is the solution to climate change and not its cause. It is even more farcical to suggest that the reason the world is moving so slowly is nationalism; it is big corporate lobbying which is the barrier.

Yes, Australia turns hyper-nationalist when you suggest they reduce coal mining. Now go and look who is the real power in Australian politics. It’s not those ‘nationalists’ among the Aborigine population calling for climate action, it is coal mining corporations.

You will almost certainly have noticed the recent fight-back being staged by right-wing free-market fundamentalists. Their mantra is that only innovation driven by corporations in free markets driven by the goal of private profit offers a solution to climate change.

This ‘corporate saviour’ fairytale, the green-washing and the desperate attempts to make you feel like it is all your fault are just the products of corporate lobbying. Barack Obama isn’t our saviour but theirs.

Sadly, Scotland is slipping further and further into this trap by the day. Just about the only thing on which the SNP and Alba agree is that Scotland should be getting as much oil out of the ground as quickly as possible so we can pocket the money before anyone notices that Carbon Capture and Storage doesn’t work.

And since entering government, the Scottish Greens’ seem to have converted to thinking that their previous opposition to things like waste incinerators and new oil fields might have been a bit hasty, which means there is hardly any serious political opposition to the big business agenda.

What the capitalist ideologues really fear is that populations are going to arrive at the correct conclusion – that climate change is now a by-product of corporate profits in a capitalist system which is barely working and has rained down failure after failure since the financial crisis.

COP26 is not only going to fail, it was always going to fail. The action we need now threatens not only corporate profits, not only the whole institution of corporate power but the globalised ‘forced religion’ of neoliberalism we live under. If people realise that our route out of climate disaster isn’t free markets but collective action and investment at the nation state level, what then?

This is what Barack Obama is railing against; not nationalism but the deep fear his corporate friends have that nation states are the only possible counterweight to their global dominance and that climate change could be the issue which drives citizens to demand their nation states start to face down those corporations.

The impacts of climate change are global but the action needed to reverse them are local, and this challenges the global systems of power that have run the world for 40 years. That is the truth that Barack Obama is trying to obfuscate with his comments. 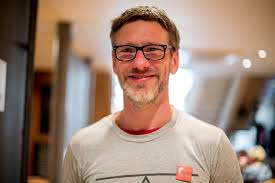 When a political class has utterly failed it tries to make a national virtue of this failure or, what is not mentioned here, find scapegoats to blame it on. Branko Milanović is an economist specialised […]

The light is on in the living room. The accommodation is well heated. The bath tub fills with hot water. In this country, these things are taken for granted. But more and more people are […]