This is a topic that we shall hear much more on – despite the efforts of Twitter to suppress it.

In my previous article on BRAVE NEW EUROPE I drew attention to the People’s Vaccine campaign. Until recently I didn’t know much about it either. But if you go to their website you find the campaign promotes the speedy production of Covid19 vaccines for the world. Given that a vaccine reduces substantially the risks associated with Covid19, and that most people in the world face months or even years without a chance of a vaccine, it means that any delay in producing vaccines will be fatal.

The campaign itself is supported by the heads of 100 countries including India and South Africa, but also Italy, Finland, and Pakistan. The list of supporting organisations and supporters is a long and distinguished one. The Pope alluded to it in his Easter Address. Bernie Sanders is writing to President Biden to support the aims of the campaign. Biden himself is reported to be considering it.

There is a Facebook group for the campaign but it has only 500 members, and its Twitter account has only 3,000 followers. This is a poor showing given the size of the world population and the pressing need of the vast majority for protection. Why should this be? Curiously, a search of Facebook groups using the term ‘People’s Vaccine’ produces a group with only four posts. A search of groups produces an assorted set of pro-vaccination groups in the USA. Twitter lists a series of ad hoc posts linked to the People’s Vaccine campaign including this letter in the Guardian, and includes this posted image from the New York Times: 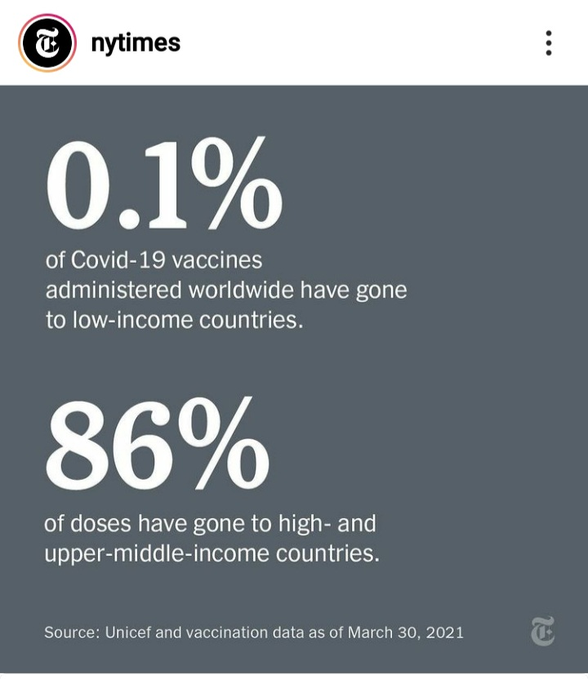 It seems however that posts on Twitter were only switched on from 26th March. I tried to post this about Covax, the Bill Gates approved scheme for providing vaccines for the world, on Facebook. It merely posted a warning at first about their posting policy. If there isn’t a conspiracy to deny the world a voice in favour of waiving patents protecting vested interests seeking monopolies on vaccine production, then perhaps the issue is that campaigns are only just getting going.

I suspect things will change quickly once the world wakes up to the People’s Vaccine campaign. It is time the UK government policy of supporting Covax while undermining it is exposed as the hypocritical and contradictory policy it is. Hypocritical for suggesting that it is helping the world while buying up all the vaccines it can find, and contradictory as it fails to acknowledge this is a pandemic and needs to be managed as a pandemic, not a localised outbreak, using all the resources of the world most effectively.

The EU was not wrong to look to pursue an internationalist response. The error was to rely on Covax to deliver it while other countries were pursuing their own interests first. The EU also erred in viewing widespread availability of vaccines as an issue of distribution policy or as a contractual issue. It is neither: vaccine production was always going to be the overriding problem in a world of 9bn people and with limited existing vaccine production capacity available.

The world needed to mobilise the greatest capacity it could as quickly as it could by re-purposing non-pharmaceutical equipment and manufacturing plant. Even the WTO has been debating this in recent days. It seems however that the task was entrusted to the pharmaceutical industry with its vested interest in limiting supply to lever prices upwards as shortages emerge, and which was only willing to commit resources according to contracts signed.

History teaches us that food shortages created by natural disasters are exploited by the rich and powerful to profit from these. In the past, responses have been revolts and riots although more often deaths and suffering. Obligations were placed on the feudal lords as a consequence and the vestiges of a welfare state constructed. In later years anti-monopoly legislation and pro-competition policies were promoted.

It appears though that the tendency is for the world to do too little too late; to defer learning until the time for doing is past. It is clear however that the pandemic will not go away quickly, and for once all countries can exert themselves even at this late stage to support the WHO and other bodies looking to bring extra capacity on line: this can be done by waiving patent protection of the formulas for vaccine production.

It may result in being blocked on twitter to refer to the fact that Bill Gates has emerged as the second highest funder of the WHO and has promoted Covax as a means of protecting the integrity of the Intellectual Property regime that rewards him greatly, as was the case with BRAVE NEW EUROPE in my previous article. 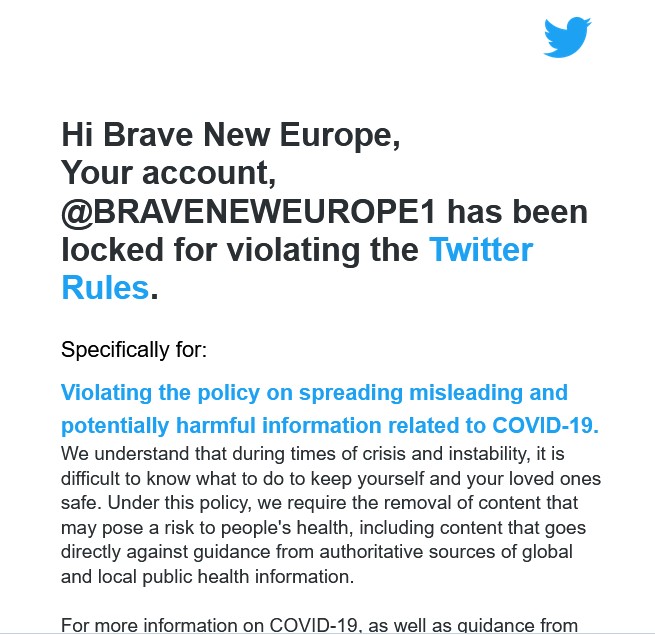 But it is time for the indecision and delay fostered by supporters of the patent protection regime to be overridden by the interests of the peoples of the world. If you haven’t already acted, the People’s Vaccine campaign needs your support. 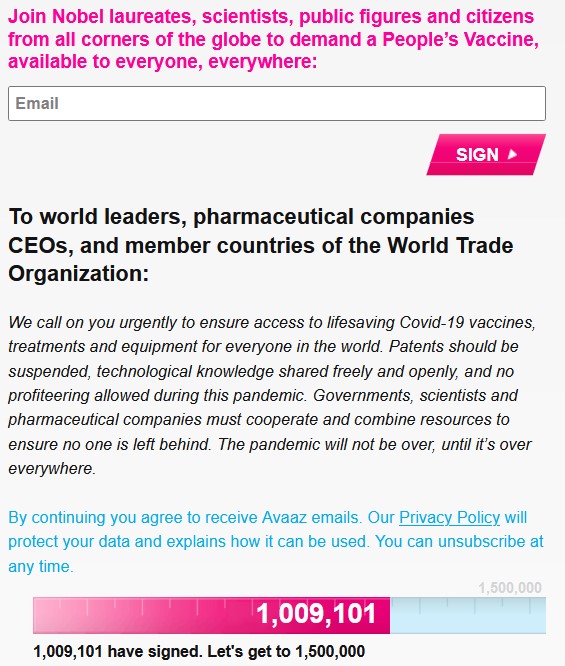 Jason Hickel – On resource use and the “Environmental Kuznets Curve”

When academics like Andrew McAfee have no good arguments, they fabricate them employing the false interpretation of data. Well known from climate crisis deniers. Or you can make a mess of your excel tables to […]

The resources for a transition to a Green Economy parallel to our current economy simply do not exist. It is time for governments to come clean. A letter authored by Natural History Museum Head of […]