Klaus Regling, the head of the eurozone’s bailout fund and a German, concerning the most recent EU “debt relief” for Grecce: “It is the biggest act of solidarity that the world has ever seen” (Reglings motto seems to be: Von Trump lernen heißt siegen lernen). Sergio Cesaratto sees this differently. 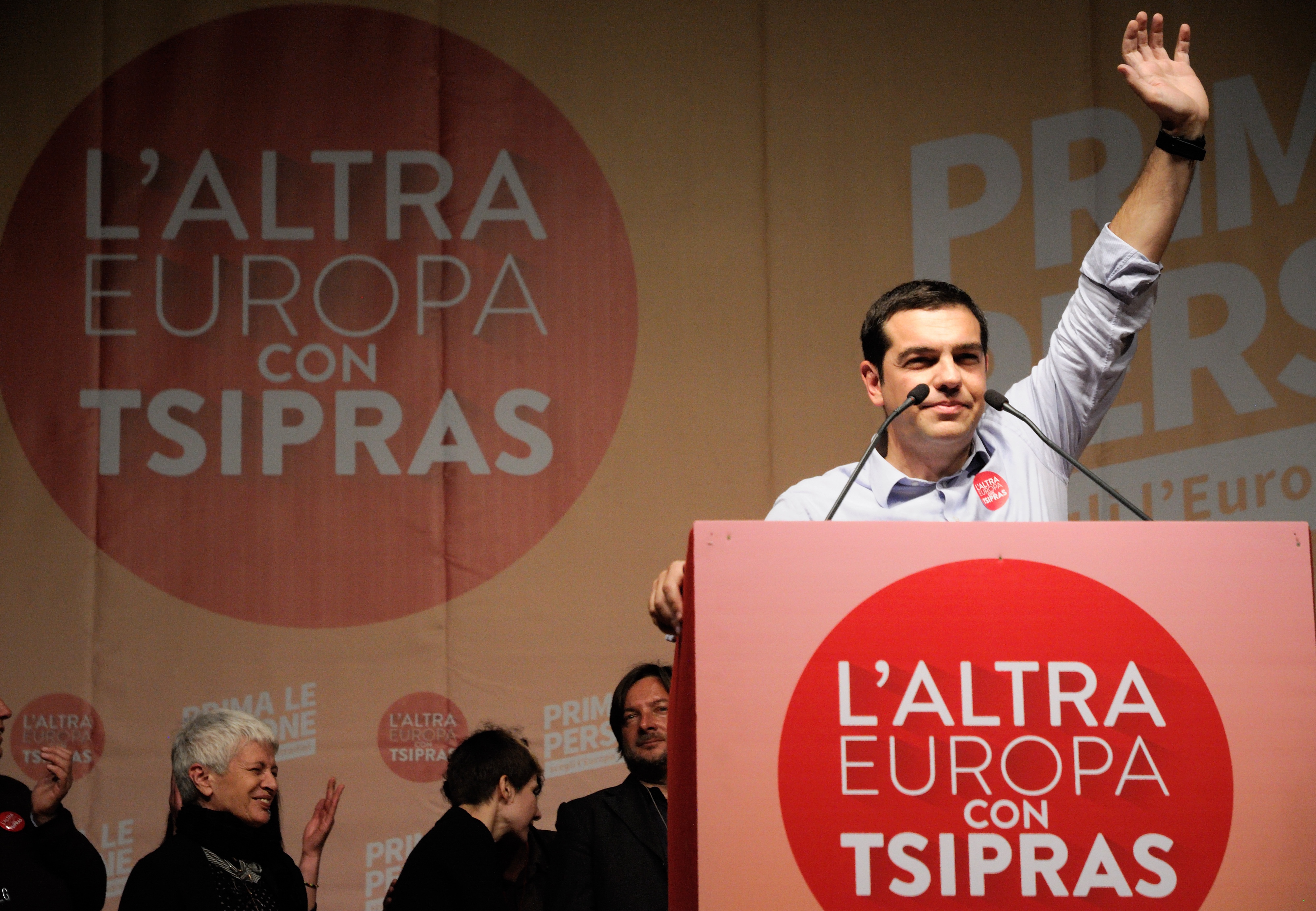 But what a shameful little story that I have to tell…

“Athens breathes” was the title of the Italian newspaper “il manifesto” of 23 June, the agitprop of Tsipras in Italy. Greece “is beginning to regain control of its own destiny”, writes Roberto Musacchio (a former radical-left MEP)  who proclaims that “we need a battle for the liberation of Europe”, in line with Alfonso Gianni (a former radical-left MP), again in “il manifesto”, according to whom “the debt issue is not just a Greek or an Italian one, but concerns the balance and the future of Europe and must be tackled at that level”. In short, Greece has made it, finally we are changing Europe. Unfortunately, this is not the case and such announcements seem to be news similar to Saddam´s journalists who proclaimed victory while American tanks rolled into Baghdad.

It is worth summarising a little what has happened over the last ten or twenty years. As is traditional for countries lagging behind, in the pre-crisis euro years small Greece based its growth on foreign debt. As we have explained several times (Cesaratto 2018a), fixed exchange rates favour loans in the centre-periphery. This was true of the gold standard, it is true of the euro. This model was fine for the mercantilist Germany and France, who could thus have a small, but valuable market for their exports (and in fact Merkel went arm in arm with Karamanlis, the Greek prime minister of the centre-right in 2004-9). Unlike Spain, where a construction bubble was driving growth, in Greece it was mainly public spending that was doing this. The debt crisis erupted in 2009-10, when the socialist Papandreu revealed the falsified accounts of the previous administration in a context undermined by the great recession. Foreign capital begun to flee from Greek government bonds, and the country was on the brink of default, in practice unable to sell new bonds in place of maturing ones on the market at acceptable rates. Even if not exactly so, the reader should identify public debt and foreign debt, i.e. supposes that all the Greek foreign debt coincided with public debt recall that, at the end of the day, the state acts as guarantor of last resort, also on the foreign debt of the banks).

The relief to the Greek State through funds provided bilaterally by the eurozone states and the IMF was clearly a bail-out for French and German banks. The latter were already full of American toxic assets and, as a result, they would not have withstood the impact of further losses on the Greek front, dragging Europe into a (second) serious financial crisis. So the IMF, in its unusual role in this grand gesture, swallowed the first aid package (May 2010, of the order of €110 billion) clearly destined for an insolvent country (i.e. it was throwing good money after bad money). Greece was being subjected to a first package of austerity measures and structural reforms that were completely pointless in bringing the country back to a path of sustainability. Only a robust restructuring of the external debt – i.e. a cut of a significant part and a deferment of the remainder at facilitated rates – could have succeeded in this, even though the essential component of the devaluation of the currency, which traditionally completes the IMF brand rescue packages, was missing. In fact, devaluation helps the recovery of foreign competitiveness, relieving the burden of austerity (i.e. the cut in domestic demand) and facilitating the readjustment of current account deficit – an indebted country must achieve an external surplus if it wants to slowly repay its foreign debt. Without devaluation, however, this readjustment relies entirely on the contraction of domestic demand, so as to reduce imports, and on the cut in nominal wages in order to regain competitiveness. This is referred to as ‘internal devaluation’. On the contrary, however, of what conventional, moderate-lefteconomists (and their henchmen of the radical and antagonistic left) believe, internal devaluation is more painful than external devaluation because it requires massive doses of unemployment and labour market reforms to force workers to accept wage cuts. In addition, deflation leads to the bankruptcy of debtors (businesses and households that see their income falling ) and consequently of banks (as we well know in Italy).

Given Greece’s apparent inability to cope with the repayment of foreign debt and its servicing (interest payments), a second aid package (in the order of 200 billion euros) was approved in March 2012, accompanied by a debt cut of around €100 billion and a reprofiling of European loans, the repayment of which was postponed for ten years (to 2023) at more acceptable rates. However, the cut mainly affected the securities held by Greek banks and pension funds, although German and French banks were secured in 2010. Part of the new loans (some 50 billion euros) was used to recapitalise Greek banks which would otherwise have gone bankrupt. In short, the debt cut was partly fictitious – against the cut of 50 billion of public debt, the Greek State found itself with 50 billion of foreign debt more – while the rest of the cut affected pensions (private ones). The usual list of austerity measures (primary budget surpluses of impossible size) and “reforms” (cuts in social rights, primarily public pensions) accompanied the package.

In July 2015, after the dramatic events we know, the Troika granted Greece another 80 billion euros, so that Greece could repay its maturing IMF loans, lengthening the list of cuts and reforms.

This brings us to June 2018, the deadline for the third package. A new agreement was signed on 23 June, providing for a new 10-year extension of the external debt to 2033 (the previous one expiring in 2023) without relaxing the rates applied. The British call it “extend and pretend”: extend the terms of the restitution and pretend it will be paid; or “kick- the-can-down- the-road”, kick the can down the street, in other words you simply postpone the problem. So what is to be celebrated if there has not been a real debt restructuring? Of course, there are the “sweeteners”, such as the long-awaited repayment of the 4.8 billion interest that the ECB earned on Greek bonds purchased in 2010 -11, which is, however, subject to the realisation of significant primary budget surpluses – so the macroeconomic footprint  of strong fiscal austerity will remain – and other “reforms”, including a further 1% pension cut. The maintenance of fiscal surpluses of 3.5% of GDP until 2022 and 2.2% until 2060, i.e. 42 years of fiscal austerity, is considered “mission impossible” by the IMF. To the displeasure of thes columnists at “il manifesto” the Troika (oops! “The Institutions”) will not leave Greece that will continue to be a country under a severe European (and German) surveillance. To give an example Eurointelligence reported on 13 July that a few days before Berlin impeded the payment of a €15bn tranche to Greece, the last under the bailout, in response to Athens’ decision to defer a VAT increase on the islands that have been hit by the influx of migrants: the “warning from Germany is clear: no deviation from the programme, not even for the relatively small sum of €28m. It is also a strong signal for the €1bn in pension cuts, from which Greece is looking to gain some flexibility after Pierre Moscovici raised their hopes”.

The truth is that Greece is unable to pay its foreign debt, so it is even wrong to say that the grace period breathes life into it. Verily, precisely because Greece cannot pay, neither now nor ever, it will have a noose around its neck for decades so that it will have to live off his own resources alone. Then, of course, who knows what the world will look like in 2033 and beyond. The German debt was definitively liquidated, as per agreements stipulated in 1953, after unification, when it was by now peanuts for Germany (Cesaratto 2018b, p. 65): but can we expect the same for poor Greece? The expectation is that the Greek debt will serve to gain time for Europe and become “peanuts” for it, and will therefore be partly forgiven without protests from the electorate. But this cannot happen before 2033, condemning the country to at least 15 years of further fiscal austerity.

What moral to draw from this affair? In light of a long-term historical framework, the recent Greek story is that of a small country that for the fourth time (at least) in two centuries of independence incurred a default on foreign debt, resulting in internal deflation and loss of sovereignty (Reinhart and Trebesch 2015). A national road to development, without external debt, is certainly possible, but it requires a series of factors that are not present in Greece: strong institutions (such as an adequate and development-oriented political class, and sufficient levels of education); natural resources (which in Greece probably do not go far beyond natural beauty); external aid. Some of these factors have, for example, been present in some Asian countries – which have a “developmental state” (a national bourgeoisie that guides development through the public apparatus), and were the object of particular American external support that has also opened up the market to their exports. Greece, on the other hand, played a complement to German mercantilism in the euro. Germany financed the Greek demand for its exports which the Germans financed through forms of “vendor finance”. For a thinking left, this history involves reflecting on the factors of economic development, of demand and of supply. For Europe, it is a question of thinking about more incisive regional development policies, once we have taken responsibility, which is relevant not only for Greece, for what has happened. But what about Europe? What is Europe if not a forum of rival and contentious nations? But this is the world, whether we like it or not. And if the world is ugly, it is good to try to govern it by taking note of it, and by taking care of one’s own  interest as a premise to compromise. The Left, however, lives in a parallel world in which Aesop’s tales are told without learning their moral, however, and for this reason it is destined to disappear in a world of adults.

It is seldom that EU governments receive praise fo their policy with regards to cars. Here is one of those rare examples. Zifei Yang is a Researcher in the Passenger Vehicle and China Programs at […]

Many people might know Universal Basic Income (UBI), but fewer are familiar with Universal Basic Services (UBS), providing essential services according to need, not ability to pay. This  is a collective alternative to the individualist […]