When we initiated BRAVE NEW EUROPE we set ourselves guidelines, not rules. We knew as the crisis in the EU grew, we would be confronted with unforeseen situations, which would redefine our editorial policy. What is occurring with the Catalan political prisoners in Spain is a disgrace for all of us and illustrates once more the true nature of the EU: an institution working in the interests of the few – finance, corporations, and a corrupt EU political elite – not the many citizens that constitute the EU member states. It does not matter if you are for or against Catalan independence, we are all for human rights. Europeans founded human rights. Let us defend them.

Today Jordi Sànchez and Jordi Turull went on hunger strike to protest against the Spanish Constitutional Court blocking their access to European justice. 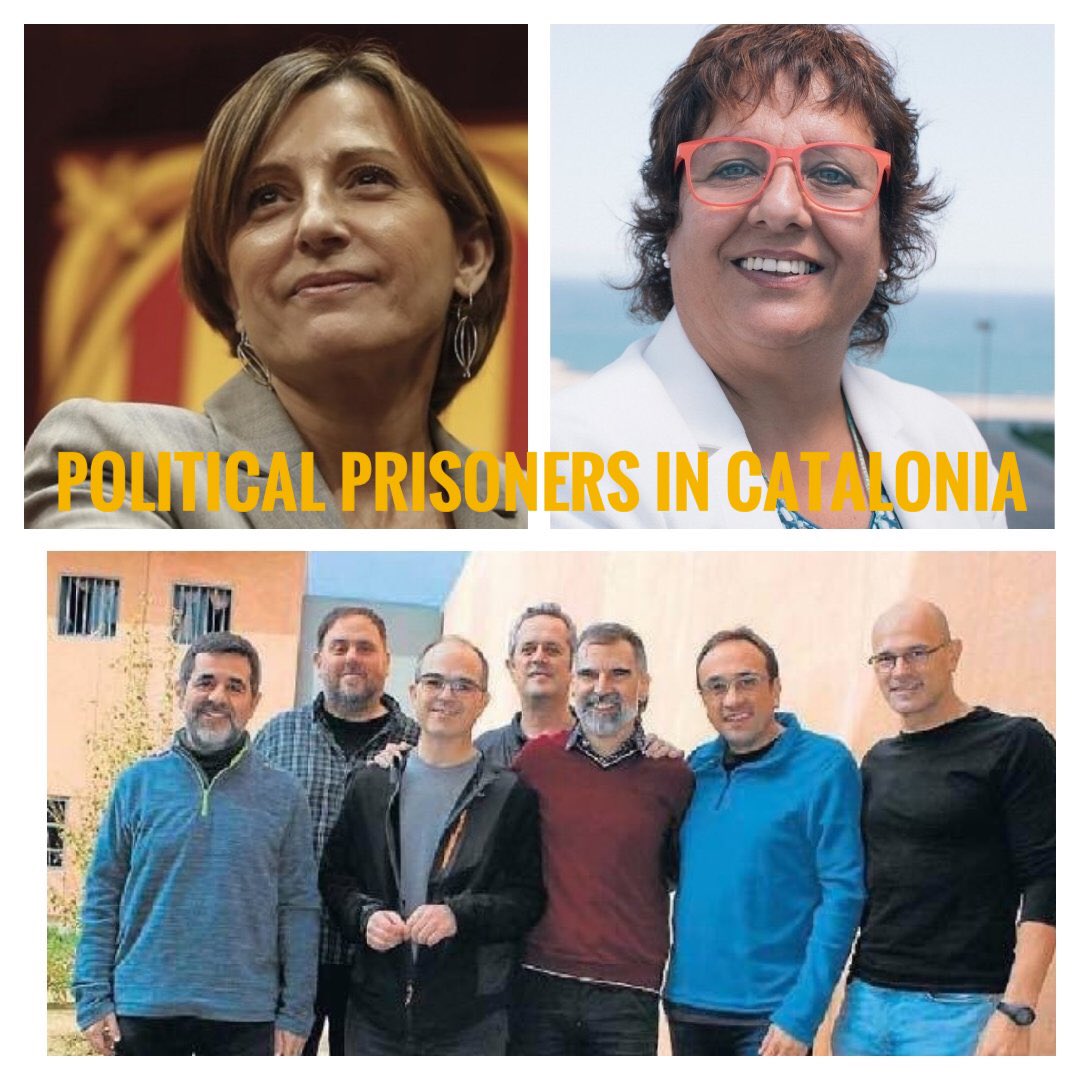 Statement by the President of Catalonia

The Spanish judicial authorities are committing one of the worst outrages seen in Europe in recent years. Up to 2017, there have been many signs of degradation through the politicization of the judiciary and through procedural and judicial irregularities. It’s for these reasons that there have been a variety of pronouncements in different higher courts of Europe, such as the recent one in the European Court Of Human Rights, denouncing such actions. The lack of ideological impartiality in Spanish justice, along with the nomination system for high office in the Spanish judiciary, have been a source of worry for the European Council and for other European countries. In effect, the image and prestige of the Spanish Justice system has hit bottom among the international community. It has also been denounced by the most internationally prestigious organisations for the defence of human rights.
In this context, and in light of the refusal of European courts to accept consideration of the crimes of rebellion and sedition in the extradition applications of those exiled, the Spanish Constitutional Court continues delaying the political prisoners’ process of appeal against their preventive imprisonment because they know that it’s a first step towards appeal to European high courts. In addition, in the face of this misconduct, implying as it does a clear infringement of the right to a defence, I would like to recognise the commencement today of a hunger strike by a number of these political prisoners. I join in denouncing the delaying strategy of the Spanish Constitutional Court in the legal process.
This dramatic and drastic measure being taken is because of what we find to be the complete violation of citizens’ rights, civil and political rights, and of respect for the legal processes of the Spanish state itself. It’s my view that penal law is being used for vengeance, establishing a makeshift legality in order to attack political dissidence.
As President of the Generalitat of Catalonia I would like to express my solidarity with, and my support of, the complaints made by all of the political prisoners, and also those who have today begun their hunger strike, imprisoned in the Lledoners jail for the last eight to thirteen months without trial and without the guarantee of a fair defence. I also stand by their families. I send them my warmest wishes; we are with them, as are those who hold dear democracy, justice and liberty.

For some reason there still seems to be a discussion about if the wealthy have inordinately profitted from quantative easing (QE). Postive Money comes to the usual answer: unequivocally yes, Robin Hood in reverse as […]