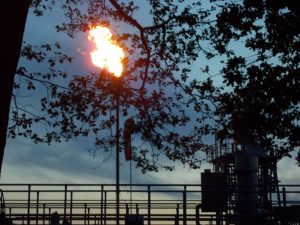 ExxonMobil will retain its ability to lobby the European Parliament after MEPs refused to take away their badges.

The ability of the oil major to meet with Brussels decisionmakers was under question after the company refused to attend a hearing on their history of climate denial, citing ongoing litigation in the US.

The quaestors declined to revoke ExxonMobil’s access badge on a technicality, according to parliamentary aides tracking the meeting. The company was not sent an official letter of invitation by the administration of the European Parliament, and therefore could not be formally excluded, the quaestors ruled, following a proposal from Welle.

“I’m deeply disappointed that ExxonMobil will continue to have the right the haunt the corridors of the Parliament, spreading their disinformation about climate change and blocking the action we need to take to protect the planet for future generations,” said Molly Scott Cato, a Green Party MEP in the South West, in a statement.

“If we want a real democracy in Europe, the Parliament needs to show that it is serious when it organises public hearings on important issues — especially on issues as important as climate denialism. We need to produce a legally watertight official invitation, issue it to Exxon, and let them make a choice being accountable and keeping out of the Parliament.”

Academics and non-governmental organisations tracking the hearing believe that the refusal to revoke ExxonMobil’s access badges could have been politically motivated.

“All the way from the committee itself, it felt as though the main parties — ALDE, S&D and the EPP — were not here to see Exxon being punished for this. I don’t know if this is a genuine fear for jobs and investment, or the ramifications of lobby groups,” says Pascoe Sabido, a researcher at Corporate Europe Observatory. [see also Corporate Europe Observatory story here]

“There has been a lot of pressure around this, and an awareness among some fossil fuel groups that this could be a slippery slope.”

As parliamentarians weighed up the issue, the fossil fuel industry was lobbying in favour of the company.

Two days before MEPs were due to take the decision, FuelsEurope — a lobby group for the oil industry, of which ExxonMobil is a member — emailed the heads of the parliamentary groups, warning that debadging the company would send a “very worrying warning signal” to investors in the low-carbon economy across Europe.

In a leaked email, FuelsEurope CEO John Cooper wrote that the “hundreds of billions of Euros per year in energy technologies” required to reduce emissions across Europe could be at risk if MEPs decided to revoke ExxonMobil’s access badges.

“The Parliamentary Hearing and the proposed action at the Conference of the Presidents, even before the decision, sends the worst possible message to the global investment community; that despite making very substantial investments already, having thousands of employees, and tens of thousands of customers every day for their products, a company can be at risk of being excluded from the stakeholder engagement around the very enabling policies required to deliver the energy and industrial transition,” he wrote.

“This is likely to be a very worrying warning signal to a wide range of investors and potential investors in Europe.”

Ahead of the hearing, ExxonMobil sent a letter to MEPs attempting to undermine the research of Harvard academics Geoffrey Supran and Naomi Oreskes, who have tracked the company’s history of misleading the public on climate change. Supran was included on the parliamentary panel examining Exxon’s behaviour. Citing a report commissioned by ExxonMobil, the letter alleges Supran’s study contains “fundamental errors”.

“They don’t need to win this debate; they just need to make it seem like there is one,” Supran told DeSmog.

“This whole thing is very ironic and predictable — the fact they are not only employing the same tactics towards me and Naomi as I described in my testimony, but also just around the hearing in general, they’re employing the same kind of denial and delay that were the very basis on which the hearing was convened. In some sort of ironic way, they’re laying bare here, for the public and MEPs to see, their corporate capture strategies.”

Supran responded with his own letter to the European Parliament, criticising ExxonMobil for shunning peer review in their own report. He also expresses his shock at the extent to which the company’s interventions actively influenced the parliamentary hearing, with one MEP citing the accusations laid out in Exxon’s letter and accusing Supran of “villifying” and “trying to kill” ExxonMobil.

While the current process was unsuccessful, Cato sees an opportunity for parliamentarians to think about the wider process of tackling corporate lobbying within the EU.

“As we crack down on lobbying that works against the interests of European citizens we need to streamline this process [to] remove lobby accreditation, and other corporations can also be expecting to hear from us,” she said.

There are simply too few such analyses of the current economic situation in Europe. Here an excellent one concerning the UK by Frances Coppola Frances Coppola is the author of the Coppola Comment finance and economics blog, […]

How the insights of a key 19th-century thinker can help us build a new paradigm for protecting the planet – and save us from ourselves. Jeffrey L. Spear is Associate Professor Emeritus at New York […]