MMT proponent Steve Keen is running for the Senate in Australia’s upcoming election. In these unstable times this could be an interesting event. We wish him the best of luck.

This is something I never expected to blog about: I’m running for election as a Senator for the new Australian Party The New Liberals.

The name was chosen because Australia’s so-called Liberal Party government is actually arch-reactionary, and dominated by religious-nutjobs (the Prime Minister, Scott Morrison, is a Pentecostalist). Ironically, while in America, “Liberal” means “progressive” to Democrats (and “Commie” to Republicans), in Australia, “liberal” has the colloquial meaning of “right-wing conservative”. The ambition of the founder of The New Liberals, Victor Kline, was to rescue the word by forming a party which was Liberal in the philosophical and dictionary sense of the word.

He explains the formation of the party this way:

Remember Peter Finch in Network, when he leaned out the window and shouted: “I’m mad as hell, and I’m not going to take it anymore.” I think there is a time in everyone’s life when they feel that way…

My second “mad as hell moment” was when I realised that I couldn’t have a coffee with any of my friends, whatever their political persuasion, without us bitching about how frustrating, self-serving, and just plain ignorant all our politicians were, and how impotent we felt at having nowhere to go…

So I drafted a Charter of Core Values for a new political party and showed it to everyone I knew… And so The New Liberals was born. Politics without politicians. A grass roots team aiming to get us back to a place of justice all our citizens could be proud of, and all our visitors and neighbours would approve.

Victor is a barrister by profession—though he’s also been a State prosecutor, a language teacher in London, a school teacher in Papua New Guinea, an actor, playwright, director, and an author. When he decided to take the plunge and actually form a political party in October 2020, he knew he’d need to school himself on economics as well. Ultimately he discovered both MMT and my work, and in April of this year, he asked me to be their chief economic advisor. 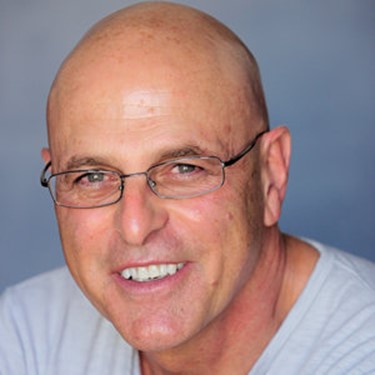 I had to “do my own research” before I would agree, and found that he had written an autobiography, covering his life up until about 2017. Called The House on Anzac Parade, it was a remarkable read. It began with an experience which was the polar opposite of the life I had been born into. I was blessed to have a loving, intelligent, witty mother, and a responsible, if too serious, father. Not so Victor. This is the opening paragraph of The House at Anzac Parade:

At night she would come to the door of my bedroom. As she stood there drawing back on her cigarette, the hot red tip would flare and tell me: ‘It’s time to be loved again’. It was different every time of course. But the core ritual stayed the same. She would stand for a long time in the doorway, and I would watch the tip glow and recede, glow and recede. Then she would start to make patterns in the air, circles or figures of eight. And in the dark the hot red tip would leave shapes for me to ponder.

I was glad, once I had read that confronting paragraph, that I had decided not to tell him how to suck eggs by warning him that he’d better be ready to have his personal life combed through by the major political parties, looking for secrets. Victor had none.

He is a man of great integrity and courage, who had over time overcome his appalling start in life, conquered his demons, and become someone that I would be proud to see as Australia’s Prime Minister, should the party ever get that far. After I finished this remarkable book, I got back in touch and happily agreed to be his economic advisor.

Since then, the party has gained a lot of traction. Primarily via the use of social media—overwhelmingly, Twitter—it has gathered about 20 candidates and a substantial membership. And some blunders by Australia’s blundering Prime Minister, Scott Morrison, have helped.

Then, in cahoots with the Labor Party, they changed the law to stop any new party using a word that was already used by an existing party with representatives in Parliament, and trebled the number of people needed to register a party, from 500 to 1500. One day later, The New Liberals went from about 800 to 2200 members. But we were also forced to change our name, at least for the ballot sheets, and Victor chose the acronym alone: TNL.

At this stage, Victor was going to run for the Senate—Australia’s Upper House—where six Senators are elected each year in each State. With six positions up for grabs, it takes 1/7th of the vote plus 1 to get elected in your own right. Compulsory preferential voting—which requires electors to vote 1st for Party A, 2nd Party B, right down the roll to Party Z—lowers this requirement. If Party W gets the lowest outright vote, it is eliminated, and its votes (say 1% of the total) get allocated according to the voters’ second preferences. This process continues until six candidates are left: no vote or preference is wasted.

The final tally after all preferences have been allocated usually results in a split 3:3 or 4:2 between the two major parties (Labor, equivalent to the US Democrats; Liberal, who are virtually equivalent to Trump’s Republicans now), but sometimes a minor party gets enough first, second, third etc. preferences to score a quota ( 1/7th of the vote plus 1) to get elected.

However, the party had been doing so well in raising awareness of its existence that Victor decided to take a punt and run for the Lower House instead. This would be a first: since the Lower House (House of Representatives) is a compulsory preferential voting system for a single candidate per electorate, it takes a much higher fraction of the vote to be elected.

If the major parties get 40% of the vote each, then minor parties get 20%, and lose. To win, he’ll need to get sufficient votes (in the same compulsory preferential voting system) to get ahead of Labor (the party is only running in seats currently held by the Liberals). So if Liberals get 39% and Labor gets (say) 30%, he needs to get 31% to be elected—so long as most of the people who voted for Labor put TNL before the Liberals in their preferences. He will then get 61% of the vote to 39% for the “Liberals”, and be elected.

It’s a gamble, but it’s also necessary if the Party is to have substantial impact. But that left the first spot on the Senate ticket for NSW vacant, and Victor asked me to fill it.

I said yes, so come the next election, I will be the leading candidate for the Senate in the state of New South Wales. The chance to actually be able to speak truth to power in the corridors of power was too good a one to decline.

I’ll still keep doing my economic and climate change analysis of course, though the demands of politics will mean that I have even less time than I do now. And I’d appreciate your support in this political campaign, especially if you happen to live in New South Wales. Please let your family and friends know that The New Liberals (TNL on the ballot paper) is a genuine progressive party, committed to the economics that you support by supporting me here, and driven by ethics and principle rather than self-interest and opportunism.

Steve Keen – My dummy spit over The Guardian and Don’t Look Up: climate change & 50 years of media degeneration

Just a few opportunistic comments: We began our boycott of the Guardian over two years ago for similar reasons (about the same time David Graeber decided to stop writing for the Guardian). Steve is an […]

When one reads an article like this, it becomes painfully clear how bankrupt Europe’s political class is. While politicians pretend they are the high priests of complicated truths, which we daily realise are lies, we […]