Today begins #AssangeWeek in the week running up to Julian’s 50th birthday. BRAVE NEW EUROPE would like to help kick this off with a piece by the fellow Australian, progressive thinker, and renowned economist Steve Keen. 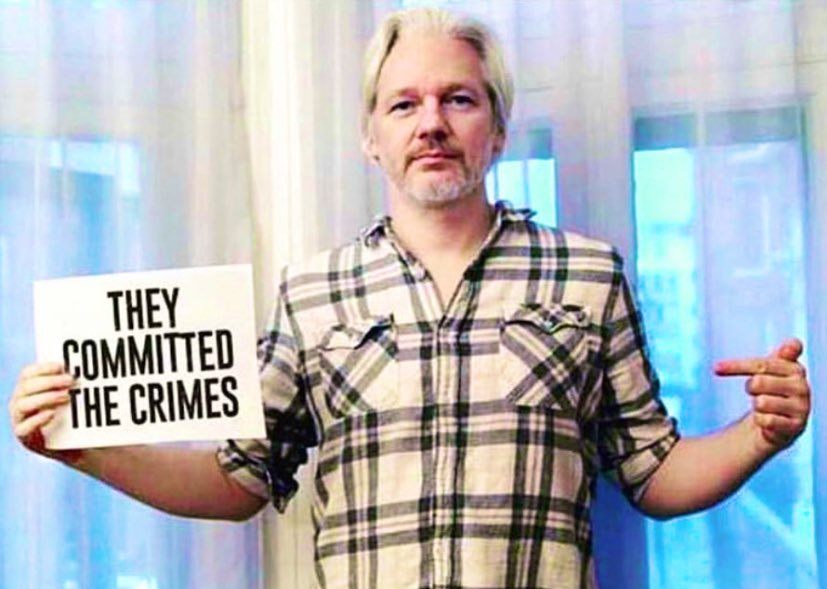 I have been following Julian Assange’s story since he established Wikileaks in 2006. I applauded, and still applaud, the concept behind Wikileaks, which was to provide whistleblowers with a secure site through which they could release documents providing evidence of wrongdoings by powerful interests—primarily governments, but also corporations.

Recent events in our shared country of origin, Australia, show how important it is to the public that whistleblowers have a safe outlet through which they can expose wrongdoing by powerful institutions.

In 2004, the recently independent nation of East Timor was negotiating with Australia over the division of oil resources in the Timor Sea, which is on the continental shelf between the two countries. East Timor had only recently become independent after a brutal occupation by Indonesia, and the prospect of oil revenues was an enticing prospect for a seriously underdeveloped economy.

Australia had, in various ways, supported East Timor’s campaign to achieve independence, and you might have expected Australia to be generous in how it approached these negotiations. Instead, it went so far as to bug the office of the Prime Minister of East Timor.

We know about this because the Australian Secret Intelligence Service (ASIS) operator who planted the bugs let his conscience get the better of him, and he revealed the crime.

His name is “Witness K”. No, his parents weren’t Hollywood celebrities with a penchant for weird child names: that’s the only way in which he can be described without committing a crime according to Australia’s security laws.

Rather than Australia being prosecuted for crime of bugging a foreign leader’s office, the Australian government put “Witness K” on trial. That has just concluded, with him pleading guilty as charged. Fortunately, he received the reprieve of the last resort of the just, when the judge gave him a suspended sentence for the “crime” with which he had been charged.

Do I think Julian Assange will be as lucky as Witness K if, as it clearly wishes, the United States security apparatus gets their hands on him? No, I have not had a lobotomy. They will surely lock him up and throw away the key—if he is lucky. Given the USA’s record with Guantanamo Bay, his fate will be a lot worse if he is “unlucky”.

Julian has had a similar reprieve to Witness K, in that a member of the judiciary blocked his extradition to the USA on the grounds of his mental health and risk of suicide in the US. She stated that:

“The overall impression is of a depressed and sometimes despairing man fearful for his future. Faced with the conditions of near total isolation without the protective factors which limited his risk at HMP Belmarsh, I am satisfied the procedures described by the US will not prevent Mr Assange from finding a way to commit suicide and for this reason I have decided extradition would be oppressive by reason of mental harm and I order his discharge.”

But the legal judgment still conceded that Assange had broken US law. He is still in jail in Belmarsh Prison, almost six months after his trial concluded. He could be freed if Biden dropped the charges—which were started by Trump, despite his declaration during his campaign that he “loves Wikileaks”—or if the UK government ended the extradition proceedings.

It feels silly to say “I urge Biden and Johnson to show clemency”: it feels a bit like the cliché “We Warn the Tsar!“. Why should they care what I, or you, think here?

But I’ll say that anyway. The objective of the persecution of whistleblowers like Assange and Witness K is to send a warning to future whistleblowers by breaking the spirit of current ones. It’s a bonus to those in authority when the whistleblowers end up behind bars for exposing other people’s crimes.

They got their bonus with Chelsea Manning, but the quirks of the separation of powers between the State, the Judiciary, and the Police—that aspect of Western democracies which is supposed to make them superior to the despots of the East—have blocked them with Witness K, and have almost blocked them with Julian Assange.

So tough shit Joe and Boris, you missed out on the icing of imprisonment. But you’ve clearly broken the man, so you got the cake. Leave what’s left of the man to enjoy his second half-century, which begins on July 3rd. Let him be.

Patrick Cockburn: Ukraine May Secure a Victory Against Russia in Name, But the World won’t Escape the War’s Aftermath

Russia’s war has proven to be a huge strategic blunder, but the country still has military options and the damage to Europe only grows greater Cross-posted from Counterpunch Seldom in European history has an invading […]

Michael Roberts – The Friedman doctrine in the 21st century

Milton Friedman’s doctrine, the favouring of free markets and small government, prevails today, and the resulting tendency towards corporate monopolies, despite well-meaning proposals for better “rules of the game”. Michael Roberts is an Economist in […]