The Climate Crisis, so straightforward in theory, becomes truly frightening when you encounter it in reality. Inside an aeroplane, SUV, or shopping centre it seems very distant, if non-existent. Get out in the real world and you do not have to look far.

I have to admit that I am personally not coping well with Climate Change. Five factors are pushing me towards feelings of depression: 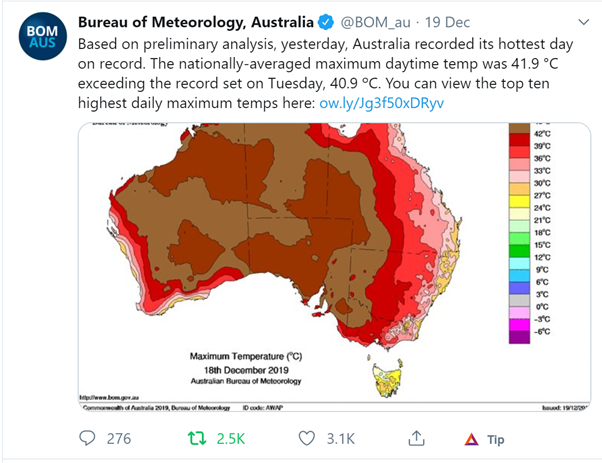 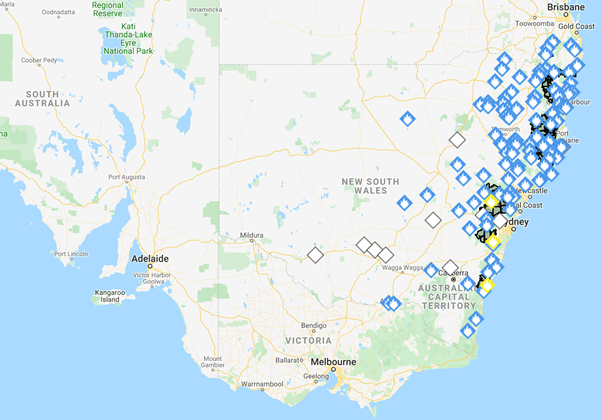 Figure 3: Fires around Sydney. The northern group of fires is more than 7 times the size of Singapore 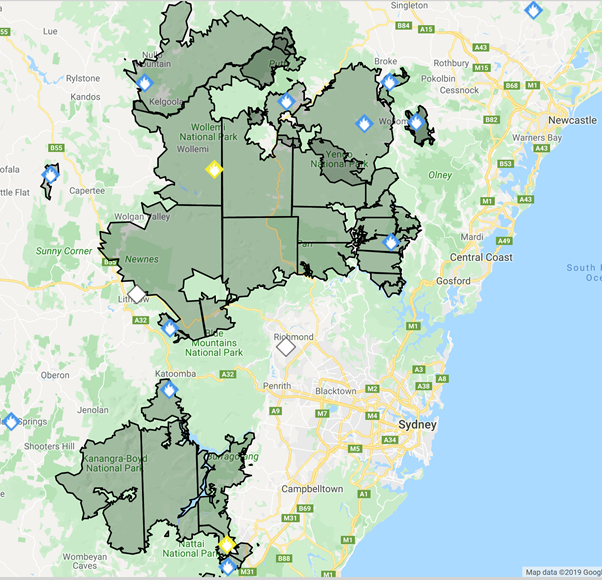 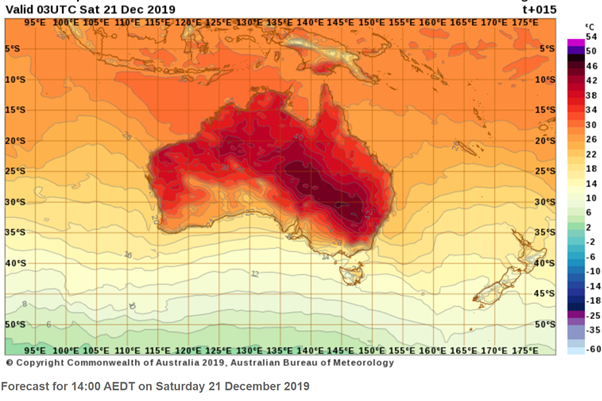 Figure 5: Sydney forecast as of 5am Sydney time on December 20th.

I don’t want to sink into depression, but I can’t pretend that I’m not affected emotionally by these fires either. The only thing I can do is to turn what could become a debilitating depression into a more productive emotion—like anger.

I was angry enough when I first realised, on May 15, just how ludicrous the work of Nordhaus, Mendelsohn, Tol and friends was, via this crazy paragraph by Tol about using current temperature:GDP data to predict the impact of climate change:

Mendelsohn’s work …can be called the statistical approach. It is based on direct estimates of the welfare impacts, using observed variations (across space within a single country) in prices and expenditures to discern the effect of climate. Mendelsohn assumes that the observed variation of economic activity with climate over space holds over time as well; and uses climate models to estimate the future effect of climate change. (Tol 2009, p. 32)

Figure 6: My Twitter exchange with Tol, lead author of the economic impact component of the IPCC 2014 report 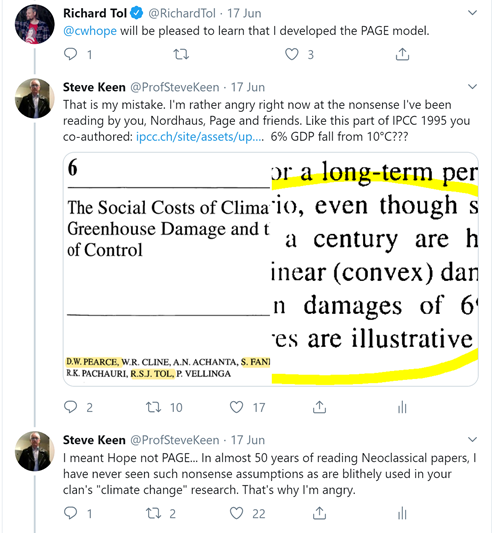 But that was just a generalized anger. Now, it has a personal component. My home city is under threat, as are members of my own family. Had humanity reacted to the warnings of the Limits to Growth study almost 50 years ago, none of this need have happened (Meadows, Randers et al. 1972). And who ensured that we didn’t listen? Economists, and most specifically Nordhaus with his “Measurement without Data” paper from 1973 (Nordhaus 1973).

My apologies for venting, but I felt that if I didn’t, depression could be the consequence. I prefer anger.

Comments from Patrons reminded me of one point: if it turns out that fires, rather than rising sea levels, are the initial and incontrovertible symptom of Global Warming, then Australia may well go from being one of the planet’s leading deniers of climate change to one of its first victims. That will shift the political rhetoric significantly. At present, any attempt to get Australia to comply with international targets is met with “we’re only 1.3% of global emissions, so what we do has negligible effect”.

But what if Australia is the first serious victim? It’s already the world’s driest inhabited continent (only Antarctica gets less precipitation, but of course has far lower evaporation). Almost all climate change models predict Australia will get dryer thanks to global warming: rain that currently falls in its wheat belt will mainly migrate southwards, to fall in the ocean (Great Australian Bight) rather than on land. The desert continent’s deserts will start to encroach on its fertile regions, in a brutal process of fires and deafforestation. This quote is from Six Degrees: Our Future on a Hotter Planet, published ten years ago, in 2009:

In the three – degree world , far more of Australia will burn. Fire risk and intensity depends on the convergence of two key factors: drought and heat. Climate change projections show most of Australia getting hotter and drier over the century to come, seriously worsening fire risk. According to a major study published by CSIRO Atmospheric Research, days of high temperatures above 35 ° C could increase by 100 to 600 per cent ( 2 to 7 times ) in New South Wales by 2070. Truly searing days when the mercury rises beyond 40 ° C could increase sixfold in interior bush towns.

If so, Australia’s political stance on climate change will flip completely. It will go from “we’re too small to make a difference” to “you’ve gotta stop emissions or we’ll burn to death”. I can see Pacific Island nations being less than impressed at Australia’s change of tune, when it comes, given how much Australia has disparaged their concerns about rising sea levels.

Ian Goldin – How the pandemic could save us

Despite the tragic deaths, suffering and sadness that it has caused, the pandemic could go down in history as the event that rescued humanity. This column argues that the pandemic has created a hinge moment […]

We are continuing our series of analyses concerning the R Coronavirus and its social and economic effects. The virus has starkly exposed the dangers of offshoring all production; we have a whole series of shortages […]

Mark Blyth, Jeffrey Sommers – COVID-19 and the Return of a Dangerous Idea, Austerity

2020 is supposed to be a repeat of 2008: a massive redistribution of wealth to the 1%. And apparently no one told Mark Blyth that Wisconsin is the US state with the second highest percentage […]