Under capitalism] You have competitive industries, where you’re trying to take demand away from your rivals. You have Kawasaki versus Honda versus BMW etc. etc.. The way you get demand away from your competitors is by innovating. So what you will get is cycles and booms and slumps, but you’ll innovate and change over time. So, what you find is this huge gap between socialism with volume production but no innovation, and capitalism with innovation. So that was the fundamental failing that Janos Kornai saw: why did socialism not innovate?

Yes, the socialist USSR was the first social system to put a satellite into orbit, and a man into space. But it was also where consumers waited ten years to get the TV set they ordered. It was this failure, rather than its space race successes, that Janos Kornai tried to explain with his model of resource-constrained versus demand-constrained economies.

His argument was that the key constraint firms faced in the Soviet system was of resources: for a range of reasons, they couldn’t get all the inputs they needed to satisfy the demand they faced. Au contraire, Kornai argued, firms in capitalist economies were constrained by demand: they couldn’t sell all they were capable of selling if they used all of their available resources.

I can’t possibly due Kornai’s full argument justice here in a blog post (see this freely accessible academic paper for more detail), but the basic point was that the individual firm in a socialist economy had no problem selling its output. Since that applied to every firm, all of them had an insatiable demand for inputs—which could not be satisfied in the aggregate. They were therefore resource-constrained. The easiest way to at least come close to satisfying demand was to avoid the retooling and redirection of resources that innovation required: just produce more of last year’s model every year. Sales were also limited to current output—everything that was produced was sold, so that there were no stocks. Consequently, consumers were rationed not by price, but by queues. You might order a refrigerator one year and receive it a decade later.

In Kornai’s idealised capitalist economy, the problem was an insufficiency of aggregate demand: with wages as low as possible, and numerous firms competing to supply the demand that existed, each firm was demand constrained. Furthermore, unlike their socialist counterparts, capitalist firms can actually go bankrupt (Kornai distinguished between “hard” and “soft” budget constraints, as well as demand and resource constrained firms). Therefore, capitalist firms face pressure to try to ensure that most of the limited demand flows to them, rather than their rivals. The best way to do this is to make your rivals’ products obsolete via innovation.

In practice, this meant that Soviet firms didn’t innovate, while capitalist ones did. I used the example of motorbikes because, as a young man, I saw a striking example of this. My twenties coincided with the golden years of Japanese 650cc motorbikes, and my girlfriend’s brother wanted one—but he couldn’t afford the $3000 price tag. Then he discovered that he could buy a 650cc Soviet motorbike—a “Cossack”—for $650. I helped him unpack the bike when it arrived, and once we’d removed it from its wooden crate, and taken off the oiled rags that prevented it rusting, there was something that Steve McQueen could have ridden in the WWII movie The Great Escape: the 1976 Cossack Ural was a rebadged 1942 BMW—complete with a bicycle-style seat. 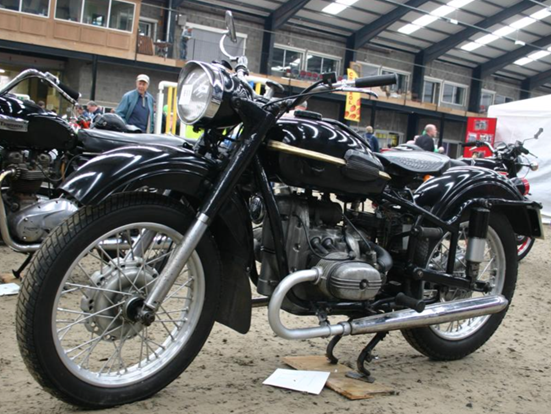 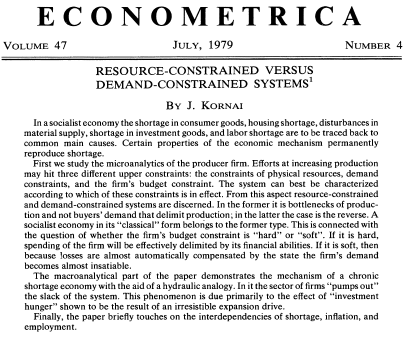 Another short, on Kruschev’s famous speech at the United Nations where he took his shoe off and banged the table for emphasis as he declared “we will bury you!”, didn’t generate as much Twitter angst. But it covers another reason why the Soviet Union failed as a producer of consumer goods, compared to the West.

Why Khrushchev was wrong

There’s this famous historical incident where Khrushchev, in the United Nations, takes off his shoe and bangs the desk and says “We will bury you!” He literally meant “We’re going to bury you in commodities. We’re going to produce more output than you are”. And he was wrong.

Lex replied “Because fundamentally, in the long term, to bury somebody in commodity production, you have to innovate”, which led into the next clip. But there was reason in Khrushchev’s boast, based on the model that led to the Soviets focusing on building “the means of production”, rather than producing consumer goods.

The model, developed by Grigory Fel’dman, an engineer working for the central planning authority Gosplan, argued that the Soviet economy would grow most rapidly if it focused on producing “the means of production”—machinery—rather than focusing on producing consumer goods. This would mean an initially low level of production of consumer goods, but at some point, the rapid growth of industry would mean that the growth of consumer goods would explode—hence Khrushchev’s “we will bury you”.

The weakness of Fel’dman’s model was that it assumed a limitless supply of labour that could be employed in Soviet factories. This was true in the early days of Soviet industrialisation, and in the aftermath to WWII, both periods where the Soviet system grew far faster than the West.

However, the success of the model undermined its key assumption—that there was a limitless supply of labour. Once full employment was reached, growth slowed down to the rate of growth of the workforce. Fel’dman himself recognised that this was a problem which could only be solved by innovation:

“[Once] the labor force is utilised to the limit, [then] the prediction of technical improvement will be a pressing problem and the forecasting of technical reconstruction will be central to all planning.”

Ultimately, this failure to produce sufficient consumer goods, and failure to keep up with the West in innovation, played a major role in the willingness of the Soviet people to abandon the socialist experiment.

What followed was hardly the dream they had of abundance at last—and mainstream economic theory played a major role in delivering a capitalist hell when the anti-socialist rebels were expecting a capitalist heaven. But that’s a topic for another post. 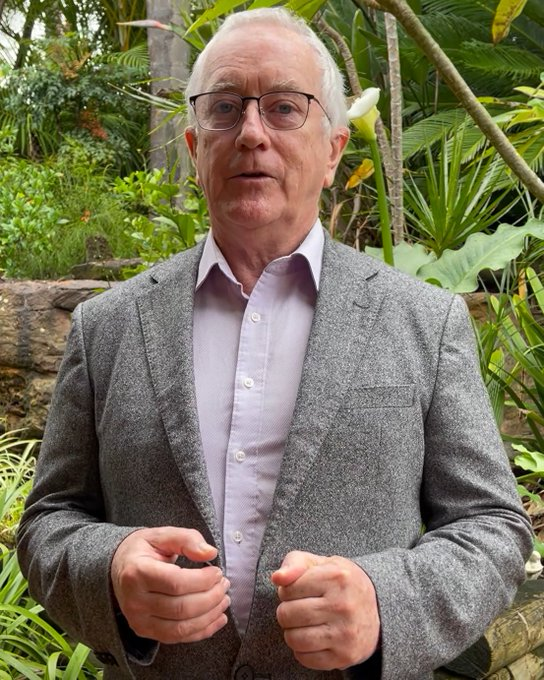 Michael Roberts – Planning and the climate

Planning is vitally necessary if the disasters of climate change, already with us, are to be mitigated and the planet is no longer degraded by greenhouse gas emissions.  How planning by replacing the market would […]

The ground is well prepared for neofascism to fill the void left by class war wrought by neoliberalism, says Chomsky Noam Chomsky is a linguist, philosopher, and political activist. He is the laureate professor of […]

Lars Syll – MMT and the need for taxing the rich

Lars Syll on taxing the rich as a political tool to reduce inequality, not simply as an economic instrument as seen by Modern Monetary Theory. Lars P. Syll is an economist at the Faculty of […]