Is economics a science? Not according to Lars Syll, a leading economist.

As yours truly has reported repeatedly during the last couple of years, economics students all over Europe and the U.S. are increasingly questioning if the kind of economics they are taught — mainstream neoclassical economics — is of any value. Some have even started to question if economics really is a science. 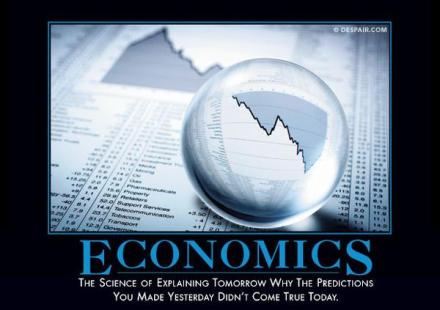 My own take on the issue is that economics has lost immensely in terms of status and prestige during the last years. Not the least because of its manifest inability to foresee the latest financial and economic crises — and its lack of constructive and sustainable policies to take us out of these crises.

We all know that many activities, relations, processes and events are uncertain and that the data do not unequivocally single out one decision as the only ‘rational’ one. Neither the economist, nor the deciding individual, can fully pre-specify how people will decide when facing uncertainties and ambiguities that are ontological facts of the way the world works.

Neoclassical mainstream economists, however, have wanted to use their hammer, and so decided to pretend that the world looks like a nail. Pretending that uncertainty can be reduced to risk and construct models on that assumption have only contributed to financial crises and economic havoc.

How do we put an end to this intellectual cataclysm? How do we re-establish credence and trust in economics as a science? Five changes are absolutely decisive.

(1) Stop pretending that we have exact and rigorous answers on everything. Because we don’t. We build models and theories and tell people that we can calculate and foresee the future. But we do this based on mathematical and statistical assumptions that often have little or nothing to do with reality. By pretending that there is no really important difference between model and reality we lull people into thinking that we have things under control. We haven’t! This false feeling of security was one of the factors that contributed to the financial crisis of 2008.

(2) Stop the childish and exaggerated belief in mathematics giving answers to important economic questions. Mathematics gives exact answers to exact questions. But the relevant and interesting questions we face in the economic realm are rarely of that kind. Questions like “Is 2 + 2 = 4?” are never posed in real economies. Instead of a fundamentally misplaced reliance on abstract mathematical-deductive-axiomatic models having anything of substance to contribute to our knowledge of real economies, it would be far better if we pursued “thicker” models and relevant empirical studies and observations.

(3) Stop pretending that there are laws in economics. There are no universal laws in economics. Economies are not like planetary systems or physics labs. The most we can aspire to in real economies is establishing possible tendencies with varying degrees of generalizability.

(5) Stop building models and making forecasts of the future based on totally unreal micro-founded macromodels with intertemporally optimizing robot-like representative actors equipped with rational expectations. This is pure nonsense. We have to build our models on assumptions that are not so blatantly in contradiction to reality. Assuming that people are green and come from Mars is not a good – not even as a ‘successive approximation’ – modeling strategy.

Daniela Gabor: THE FUTURE OF MONEY

Daniela Gabor explains Shadow Money. Daniela Gabor is Professor of Economics and Macro-Finance at the University of the West of England, Bristol Cross-posted from Critical Macro Finance     Last month, I participated in an excellent […]

Italy’s democracy has once again fallen victim of the EU preferred technocrats, whose solutions are always neo-liberal. Claudio Salone is a teacher for ancient literature in Rome The two Super Techno Marios: Monti and Draghi […]

FIFA corruption is about much more than Qatar hosting the World Cup. Cross-posted from The Conversation UK. Qatar’s hosting of the 2022 men’s football World Cup has provoked a fair degree of anger and confusion. […]