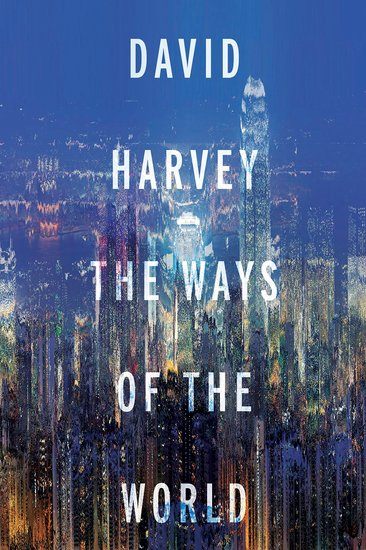 David Harvey is considered one of the world’s leading experts on Karl Marx. If you have not encountered Harvey’s writing before here is the perfect introduction. This collection of essays by the octogenarian academic, spanning some 40 years (1971 -2010), was originally published in the UK in 2016 by Profile Books. Now Oxford University Press has republished it for the US Market.

British born and educated, Harvey is currently Distinguished Professor for Anthropology and Geography at the City University of New York. As a geographer he would seem an unlikely candidate as an influential Marxist. But he is refreshingly undogmatic, and adopts wholeheartedly the most powerful element of Marx’s thought: the dialectic. Harvey is also a cosmopolitan, as the sheer diversity of these chapters shows. Drawn from published articles and chapters from his books they celebrate him as a thinker and an eyewitness of his time. One interesting quality of the book, probably unintentional, is that because of the chronological order, it traces a time-line through the intellectual trends of the period: it is like skimming through a family picture album forty years on.

The first chapter, “Revolutionary and Counter-Revolutionary Theory in Geography and the Problem of Ghetto Formation”, was the launch-pad of Harvey’s  Marxist career. It followed his move to Baltimore to teach at Johns Hopkins University a year after the black riots in 1968, triggered by the murder of Martin Luther King. He reacted to the miserable ghetto housing in Baltimore: “I experimented with the idea, taken from Marx’s Capital, of analysing the commodity character of housing provision in terms of the contradictory relation between use and exchange value, pointing out that the reliance on market mechanisms prevented the delivery of adequate housing qualities to low-income populations”. Within the text Harvey publicly committed himself to the Marxist trajectory that has defined his career; he addressed his academic peers as follows: “There will be many hard personal decisions to make – decisions that require ‘real’ as opposed to ‘mere liberal’ commitment. Many of us will undoubtedly flinch before making such a commitment, for it is indeed very comfortable to be a mere liberal” (How little things have changed). The rest of the book documents his unswerving “commitment”.

In chapter 8, “Militant Particularism and Global Ambition”, Harvey’s starting point is his involvement in the 1988 strike at the Rover car factory in Oxford, while he was teaching at the university. He becomes involved in a conflict in which he is unable to reconcile the particular struggle of the shop stewards with his analysis of global capitalism. This leads him to a consideration of the novels of his fellow Marxist academic Raymond Williams, bringing him to the realisation that class struggle is not just about global economic conflicts. That environment, space, and place are active forces in society, contradicting the Cartesian-Newtonian vision of the universe “as a clock-like mechanism which God wound up and set in motion.”

“Monument and Myth” is a brilliant and entertaining insight into the history behind the building of the Sacré Coeur basilica in Paris, which Harvey wrote while there on a Guggenheim Fellowship.  It is also an exemplary attempt to demonstrate that urban processes are part of the heritage of any city. Harvey traces the endeavour by the French Catholic Reaction to counter the secularism of Louis Napoleon, which then becomes entangled in the events of the Paris Commune, both efforts concentrated on the heights of Montmartre. The resulting monumental church is an amalgam of French religious morals, politics, and class struggle, all but forgotten in these days of consumerism.

The last three chapters of the book are probably the most relevant for today’s reader, dealing with globalisation and neo-liberalism (see also Harvey’s book “A Brief History of Neoliberalism”).  Harvey sees the capitalist disruptions of the past decades as the result of over-accumulation of wealth. This constant crisis, which cannot be resolved without redistribution of wealth – the furthest thing from the capitalist credo – is simply being shifted geographically, for example into cities and the Third World. At the same time wealth accumulation is becoming increasingly reliant on dispossession. Just as earlier imperialism annexed land and trade, the “new” imperialism is accomplishing the same through financialisation and monopoly: “An unholy alliance between state powers and the predatory aspects of finance.” Market liberalisation was never about a making better world for all, as it is still being hawked in the media, but a means to create ever greater levels of social inequality. This has led to an increase in “fictitious capital” that is not productive but “derives from expectations of future rents”, which Harvey analyses with regard to land and housing.

Although this book is hard work at times and requires some basic knowledge of Marxism it is well worth reading if you feel up to both of these.

Professor David Harvey, the world’s leading expert on Marx, visits the RSA to outline the much-debated economist’s continuing relevance in 21st century economics and society. Marx’s ‘Capital’ is one of the most important texts of […]

Book Review by Ben Wray Everyone interested in the politics of Europe should have this on their bookshelf. It is remarkable that it hasn’t been done before now, but Hugrée, Penissat and Spire – three […]

Book Review by Mathew D. Rose Heikki Patomäki is Professor of World Politics at the University of Helsinki, an academic with passions which, despite the scholastic format (and price) of his newest book,Disintegrative Tendencies in […]