Another take on the life and political role of Gorbachev and a loss chance, especially for Europe.

Thomas Palley is an American economist who has served as the chief economist for the United States-China Economic and Security Review Commission. He is currently Schwartz Economic Growth Fellow at the New America Foundation 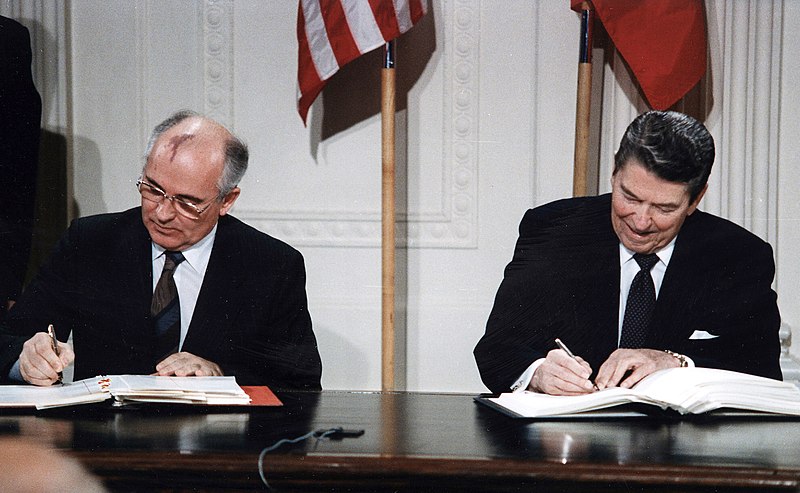 Mikhail Gorbachev died on August 30, 2022. Since then, praises have flowed from Western leaders. Those praises obscure how the West betrayed Gorbachev after he fell from power, and how that betrayal seeded the Ukraine conflict.

The story is complicated because Gorbachev’s fall was triggered by Communist Party hardliners, so the troubles which befell Russia thereafter are also significantly due to Russian actions. That said, Gorbachev sought a partnership for peace, prosperity, and democracy. After he fell, the West reneged on its handshake agreement with him.

A tribute to Gorbachev’s inspiring vision

Before turning to the details of that betrayal, a tribute to Gorbachev is warranted. Gorbachev sought to transform the Soviet Union from a closed repressive system into an open consultative socialist system that would be part of the European family. That aspiration was described as glasnost (openness) and was pushed through the Perestroika reform movement.

His aspiration is captured in his historic 1989 speech to the Council of Europe. In it, he invited Western Europe to join with the Soviet Union in the creation of an open, fraternal, and prosperous Europe which would lay to rest the animosities of the Cold War. His speech closes with a call for Soviet Union inclusion in a harmonious Europe:

“We are convinced that what they need is one Europe – peaceful and democratic, a Europe that maintains all its diversity and common humanistic ideas, a prosperous Europe that extends its hands to the rest of the world. A Europe that confidently advances into the future. It is in such a Europe that we visualize our own future.”

Tragically, his vision was not to be. Instead, it was undone by the spiral of events unleashed by the 1991 hardliner coup d’état, the hostility of the US, and the naivete of Western European leaders.

The undoing of Gorbachev’s vision began with the coup of August 19,1991 in which Communist Party hardliners sought to overthrow him and shutter the Perestroika reform process. Though the coup failed, it unleashed forces that tore the Soviet Union apart and triggered Gorbachev’s political demise.

The Ukrainian Soviet Socialist Republic announced its intended independence on August 24, followed by a similar declaration by the Byelorussian Republic on August 25. On August 27 the Moldovan Supreme Soviet declared independence: on August 30 the Azerbaijan Supreme Soviet seceded; and on August 31 the Kyrgyzstan Soviet seceded. There were fifteen soviet republics. By November, only three (Russia, Kazakhstan, and Uzbekistan) had not declared independence. In effect, there was no longer a Soviet Union for Gorbachev to preside over, and he resigned as President on December 25, 1991. The next day the Supreme Soviet voted itself and the Soviet Union out of existence.

In hindsight, the failed hardliner coup greenflagged the Soviet Union’s dissolution, as Communist Republic bosses raced to grab power which would give them the inside track on the looting to come. In Russia, the race was won by Boris Yeltsin who was president of the Russian Soviet Republic.

Even after the Soviet Union’s dissolution, the disaster of economic shock therapy, and the looting of Russia, Gorbachev’s vision might still have been realized. However, it was decisively foreclosed by eastward expansion of NATO.

As documented by Ambassador Jack Matlock Jr., the last US ambassador to the Soviet Union, a critical element in Gorbachev’s ending of the Cold War was agreement that there be no eastward expansion of NATO beyond inclusion of East Germany. That handshake agreement was essential for Russian national security peace of mind.

Yet, after the Soviet Union’s disintegration, the West exploited Russia’s weakness to expand NATO to its borders. The result was destruction of the basis for trust and creation of an enduring rationale for Russian military fears.

NATO was established as a Cold War defensive alliance. It is understandable that it continued, but eastward expansion was an unambiguously aggressive act that has only worsened the security of original NATO member states. The new members had negligible military assets, but all brought massive conflict risk. Almost all had non-existent democratic traditions, long histories of political intolerance, histories of conflict with Russia, and were intolerant of ethnic Russians within their borders. Their joining NATO meant original member states committed to defend countries which were likely to provoke conflict with Russia.

That said, eastward expansion of NATO has always made sense from a US standpoint. First, the US subscribes to the Neocon doctrine which holds the US should be globally hegemonic. That means no country should be able to challenge the US as the Soviet Union once did. Russia still had that power, making it a continuing threat in Neocon eyes.

Second, the US is protected by the Atlantic and Pacific Oceans. Consequently, it never suffers the direct damage or backwash of conflicts it initiates. Given that, eastward expansion of NATO was near costless for the US.

Third, Gorbachev’s vision of a Europeanized Russia represented a fundamental threat to US hegemony (military and economic) as it promised to join Western Europe and Russia in common cause. That rendered Gorbachev’s vision strategically subversive.

On the other side of the ledger, Europe has lost greatly from the failure to realize Gorbachev’s vision. First, Europe does suffer the direct damage and backwash of conflicts. That has been shown by the Bosnian, Serbian, Iraqi, Libyan, Syrian, and Afghanistan conflicts, and it is being shown again by the Ukraine conflict.

Third, eastward NATO expansion has created a US Trojan horse that promises to destabilize Europe in the 21st century. The new member states have greater allegiance to the US than to Western Europe. That has been repeatedly illustrated by Poland. It has purchased US military and civilian aircraft instead of European aircraft, and it has now established an autonomous full-scale US military base within Poland.

Blame for Europe’s failure rests principally with France and Germany, which are Europe’s leaders and have failed to develop an independent European geo-political project. That failure may also reflect US capture of European leadership – a type of “Manchurian Candidate” effect – which is evident in leaders’ career paths and curriculum vitae.

Mikhail Gorbachev did not want the break-up of the Soviet Union or an end to socialism. He wanted a new chapter for Russia that turned the page on the horrors of the 20th century. He rode the tiger in the hope of noble societal change, but the tiger threw him.

Even after he was discarded and the Soviet Union was gone, his vision for a Russia embedded in a peaceful and democratic Europe might still have been possible. However, that required US goodwill and intelligent European leadership – both of which were (and are) lacking.

That renders hollow the eulogies of US and European leaders. Those leaders represent the political establishments that ultimately betrayed Gorbachev’s vision, and that betrayal explains why he is now a shunned man in his homeland.

The EU agriculture policy is a complete failure, favouring industrial farming and concentration in the food processing industry, thus supressing the prices of farm products. Niall Monaghan explains the economics of EU farming in the […]

Robert Skidelsky – The Monetarist Fantasy is Over

The only stabilizing that a capitalist market economy needed, Friedman said, was of the price level. Provided that inflation was controlled by independent central banks and government budgets were kept “balanced,” economies would normally be […]