UK university employees will be entering another major strike nest month as the financialisation of higher education in Britain continues. BRAVE NEW EUROPE has always supported these strikes in which many of our authors participate, not only with articles on our website, but also donating to the strike fund. Please support them as well.

Click HERE to donate to the UCU Fighting Fund 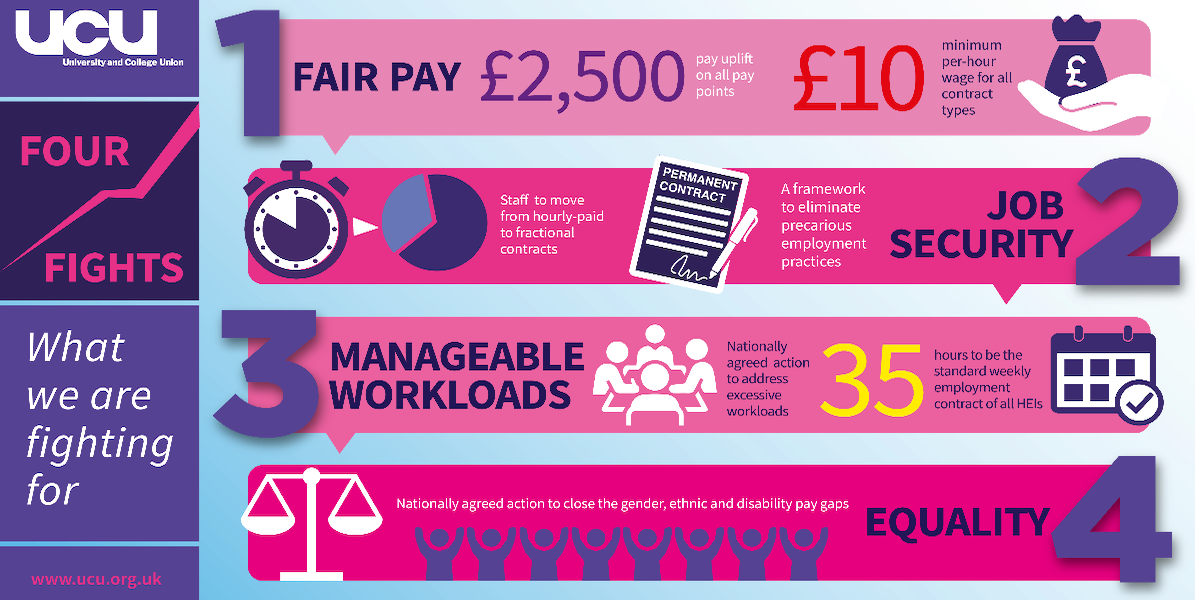 Plastered around forums popular with UK university students are messages of discontent; over the amount of money they’re paying, with their workload, with Covid-19 related restrictions, and a myriad of other reasons. Now, that discontent is being viciously directed at lecturers who have voted to strike this term – and for all the wrong reasons.

This year’s strikes are the most recent example of an uptick in worker militancy in the sector. The last action occurred in 2019-20 when the University and College Union (UCU) represented workers struck for a total of four (non-consecutive) weeks, trying to force university managements’ hands on several issues.

Now, two years after the last strike and with Covid-19 restrictions almost entirely lifted in most of the United Kingdom, the UCU has once again balloted for action, and many universities – including University College London (UCL), where I am a third-year bachelors’ student – have passed the threshold needed to legally call a strike. This has set off a chain of events, all of which foretell gloomy prospects for our lecturers.

The UCL Student Union has released a statement– mirrored by many students’ unions across the country – claiming that while they support the demands of the lecturers, ‘[at] this time, strikes will only serve to damage students more. Constructive discussion and negotiation, on a national level, is required to overcome the pension dispute.’ Students have voiced displeasure at the outcome of the vote on multiple points: ‘striking lecturers don’t care about the well-being of their overworked students’; ‘[the lecturers] had their work cut [almost in] half with online lectures with the same pay’ and thus have no right to strike; and students ‘are paying for a service that we’re not receiving.’ Some have gone further, threatening to push lecturers off the picket lines, or sufficed to respond to the result of the ballot with a simple ‘fuck off.’

Such rhetoric only plays into hands of the university management and does a disservice to both students and teaching staff alike. The universities want us to be turned against our teaching staff because, as students, we can provide enough counter-pressure to foil the strike effort entirely – we outnumber them by nearly 10:1, in UCL at the very least. Management wants us to worry only about ourselves, and in doing so become puppets in their larger, corporatist game.

Striking is not an enterprise that university staff take lightly. Most lecturers care deeply about their students but given the steadfast reluctance of university management to constructively engage with the union on a number of issues, withdrawing their labour is the last resort.

If we worry only about ourselves, we become puppets in a larger, corporatist game

It is also important to highlight that higher education staff have suffered just as much as students during the pandemic: 78 per cent of lecturers reported an increase in workload over the pandemic, and many feel overworked. If anything, it was easier for us to transition to online learning, because we were only the recipients of it – they had to organise whole new teaching methods from scratch on platforms they were unfamiliar with.

Their reasons for striking are myriad. Staff have consistently received below-inflation pay deals (effectively pay cuts) with pensions being cut by 35 per cent according to the UCU.  Casualisation in the sector is rife, with zero-hours and fixed-terms contract increasingly commonplace. This is not to mention systemic race, gender, and disability pay gaps. They have every right to be angry and fight back.

Granted, students aren’t getting the education that they are paying for. Even I agree with that; but lecturers are only the mediating cause of the quality of education. The systemic root cause of the problems that we as students face can be traced back to university management.

Take, for instance, my own university. UCL reported net profits of £200 million in 2019/20, up £20 million per year since 2016. The idea that universities cannot afford the UCU’s demands is laughable. With students increasingly treated like cash cows, international students even more so, there are genuine questions to be asked about who is benefitting from the money pouring into higher education. The current status quo clearly demonstrates that it is neither the staff nor the students.

In the end, it comes down to this: if the strike succeeds, the teachers will have finally stabilised a central pillar of their needs and lives, and we – and every student after us, for that matter – will gain a better education experience as a result. If the strike fails, however, we are back to square one.

What is to be done, then? I can only tell you what I feel now, as a student myself: go out there and make some noise, not towards the teaching staff, but towards management. The only way a strike works is if the pressure put on an institution is strong enough to make it wilt, and the teachers are in dire need of support to make this happen. Students have an active role to play in shaping their own institutions and let management know that we won’t take the detrimental conditions that are forced onto us any longer. In our hands is placed a power greater than the wealth accumulated in universities at our expense. Solidarity wins.

Every day we are seeing many civilians being killed in this war. This has become part of modern warfare. The dogs of war have been let loose. The sooner they are again contained, the better. […]

Rachel Busbridge – The far-right may think they own ‘nationalism’, but we can reclaim it as a force for good

Maybe not a great article, but we wished to broach the subject. Rachel Busbridge, Australian Catholic University We see the word “nationalism” as problematic. The weekend rally on St Kilda beach, organised by far-right activist […]

A look at what is happening in the world economy. Michael Roberts is an Economist in the City of London and a prolific blogger Cross-posted from Michael’s Blog   The US stock market went back […]