The Catalans believed in the supposed liberal values of the EU in their struggle for independence from Spain. If they are a bit wiser in the meantime is questionable, but they certainly are having their noses rubbed in it.

Last Thursday 19th January Barcelona was the scene of a controversial summit meeting between Spain’s PM Sánchez and France’s Macron. Questions associated with energy, immigration, transport and other seemingly important state affairs were of course discussed. But there are doubts that there was any real need to summon an extraordinary summit meeting of such pomp and circumstance at this particular moment. For several international media, the true objective of this event, especially as regards Sánchez’s agenda, was to stage a fully-fledged downstaging operation of the Catalan government and institutions on their home ground with a view to “burying” the Catalan independence process and showing who is boss.

One is led to believe this when assessing the select choice of atrezzo made for a meeting displaying such traces of contempt and punishment for the home team. President Aragonès was excluded in no uncertain terms from the talks as were all Catalan symbols (language, flag, anthem etc.). In addition, the almost sacred Catalan National Museum palace was chosen as the setting for the summit, a gesture seen by many as nothing short of sacrilege. Sánchez even took the liberty of showing Macron around the Picasso Museum in the absence of any official Catalan government member. This was obviously the photograph Sánchez was after to show himself before the Spanish nationalist right as the scourge and constitutional avenger of the Catalan “rebels”. For Catalonia –and feeling stirred up against the country and its natives– continues to be one of the major identitarian vote-pullers in democratic Europe.

From the point of view of the relevance of a Catalan venue for the summit –some sources suggest Macron would have preferred Seville– the choice of Barcelona was in no way innocent. Sánchez was undoubtedly seeking to use Macron’s presence to make the “downstaging” operation doubly effective by bestowing it with the blessing of an “international” setting. This would be especially useful for Sánchez in heightening the effect of the Catalan “pacification” operation he so conscientiously leads to rob the Spanish right of one of their favourite issues before the forthcoming elections. Particularly significant, in this sense, was the fact that the few seconds of visibility granted to the Catalan president –he was “allowed” to greet the two premiers before the press– could only be perceived as a perfect act of vassalage. As the social media reveal, the fact that Aragonès should have bowed to this in such a docile manner has angered many Catalans.

But there is more to the timing of the summit than meets the idle eye. Staging such an event in Barcelona, at this precise moment, was -as we have said- no coincidence. It was obviously timed to come in the wake of a major operation (see https://braveneweurope.com/nuria-bassa-toni-strubell-spains-suspect-redefinition-of-sedition) designed by Sánchez to subtly redefine Spain’s penal code in order to gain greater International “manoeuvrability” in countering the Catalan secessionist movement. For although it is positive that sedition should have been eliminated from Spain’s penal code, it cannot be overlooked that the offence has been slyly replaced with that of “aggravated social disordrers” (with outrageous prison sentences for acts of protest), thus allowing prosecution judge Llarena to renew his persistent calls for the extradition of MEP Puigdemont and other exiles. And although some legal experts point out that Puigdemont cannot be accused of offences that did not exist at the time he supposedly committed them, others fear that the operation may enable his extradition in the following year and expose the former Catalan President to prison sentences of up to seventeen years.

Two questions now arise from this new development. The first is whether the European courts will interpret this arbitrary change as a welcome though belated attempt to “Europeanize” and “democratize” Spain’s rather suspect and nationalistic penal code or as a new ploy to try and get independentist leader Puigdemont extradited and imprisoned for once and for all? The second is whether Catalan president Aragonès and his party, Esquerra Republicana, will be made to pay an electoral price for having collaborated with Sánchez by blessing these suspect changes in the penal code.

Predictably enough, the pro-independence parties (inclusing Esquerra) and other pro-independence organizations saw the need to respond to Sánchez’s summit and did so in a large rally in front of the palace where the summit was held. Held on a weekday morning in icy cold winds, the rally can undoubteldly be seen as a show of strength by the independentists and a sign that the unity lost amongst them might once again be attained after a long period of division. However, it cannot be overlooked that the ill-feeling Esquerra leaders have caused with their “renegade” cooperation with Madrid continues to be a serious obstacle to this. Whatever the case, Sánchez’s vain post-summit statement to the effect that the Constitution was “once again being applied in Catalonia” and that the Catalan independence process “has been overcome”, cannot be seen with any degree of credibility. Catalonia’s leaders might be suspended and in exile, but the National Assembly’s capacity for pulling large rallies remains fully intact.

“Please contribute to Brave New Europe, a media offering direct insight into the Catalan and Scottish people’s struggle for self-determination and democracy against neo-Francoist Spain and neoliberal Europe. We cannot afford to lose it, so please join us in donating” 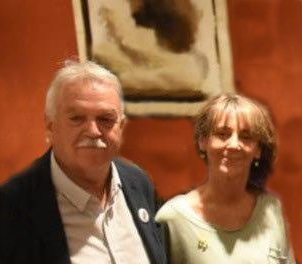 Michael Roberts – The heroes of finance and Powell’s put

A concise world economic outlook to get caught up with global developments. Michael Roberts is an Economist in the City of London and prolific blogger Cross-posted from Michael Roberts Blog At the weekend G20 meeting […]