With all the commotion about Catalan independence, when it is a question of more profits, the Catalan and Spanish elites could not be more unified. 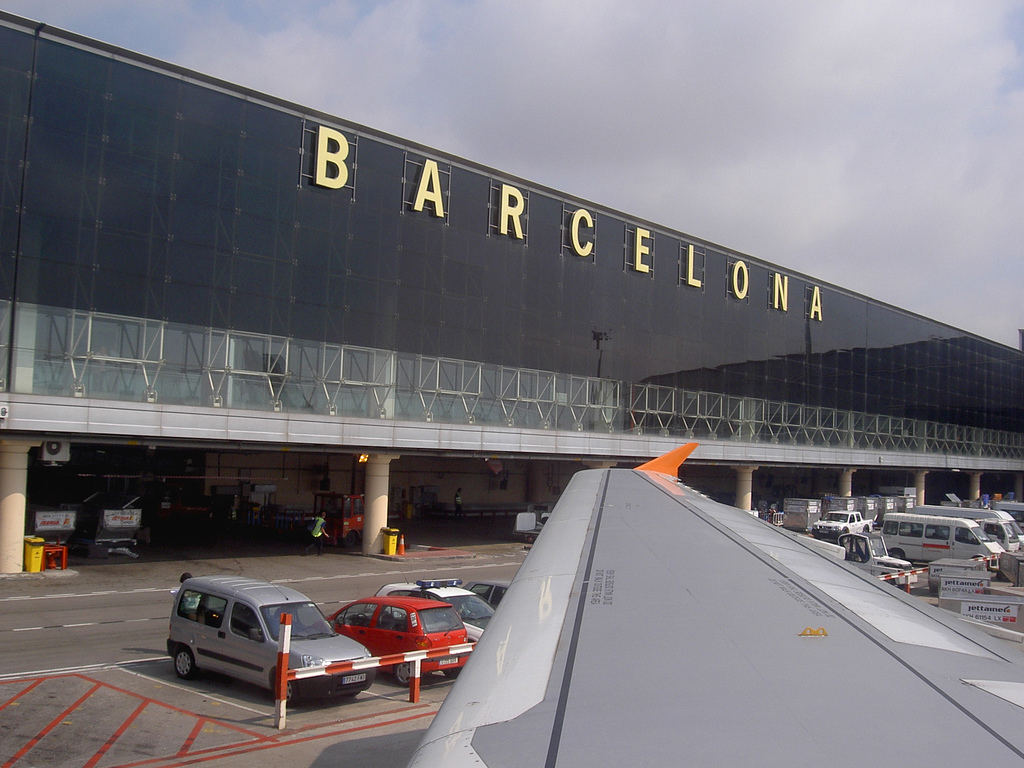 Barcelona’s airport lies next to one of the Iberian peninsula’s most important bird sanctuaries, the La Ricarda lagoon reserve, Barcelona province’s largest wetlands whose denizens also include flamingos. Catalan and Spanish business interests (when it comes to profit there is a great deal of unity) have been unsuccessfully trying to build a third runway through the lagoon for years. One might have expected that with the Independence movement, the climate crisis, and Covid, Catalans might be thinking about a better future for all and not just for the Catalan and Spanish elite. But Catalan politicians and business interests are planning to use the EU Recovery Fund’s billions not to create green projects and good quality green jobs. They want to expand the airport adding a third runway right through the La Ricarda lagoon, to support tourism, which has done so much damage to the environment and Barcelona’s social structures, not to mention to the Catalonian environment. We are already seeing the negative environmental results with the unprecedented wildfires in Southern Europe.

It is no surprise that the Catalan and Spanish capitalist and their representatives in the Spanish and Catalan governments are unified in this project, which will only benefit them. It can safely be said that any attempt to analyse the recent media excitement about enlarging Barcelona’s Airport would be inconclusive if the major political issues underlying the case are overlooked. Though in other more democratic countries economic criteria generally outweigh other considerations when such projects are evaluated, in Spain and Catalonia it is often less savoury political considerations that are decisive. This very factor may enable us to understand why the issue has gone centre stage in the political debate in both nations. It may even explain why the sudden media focus on Barcelona’s Airport has spread beyond Spain’s frontiers.

To throw some light onto the matter, the first question we should be asking is why AENA (Spain’s 51% State-owned airport authority) should suddenly have come up with the project to grant a third runway to Barcelona’s airport at this particular moment. Indeed, why is AENA suddenly pampering Barcelona Airport with this “gift” when in the past it went to great lengths to deprive it of an international hub status and efficient access facilities (train, underground and HVT links)?

Although Spain’s prime minister Pedro Sánchez argues that an enlarged Barcelona Airport would “contribute to Spain’s economy” –thus countering unionist prattle suggesting Catalonia is being “favoured”– the motivation behind the offer is clearly more political than economic. The larger issue is of course to provide a tool –yet another– to defuse the Catalan indy movement with what is known in Catalonia as the “carrot” strategy. With the oncoming backdrop of a negotiation table between the Madrid and Barcelona governments (a late summer scenario few observers grant any real potential to), the offer to pour generous infrastructure investment on the Catalans is a recurrent (and alas up till now successful) Spanish government ploy at times such as these. The objective is clearly to sidetrack the Catalan government’s key negotiation points centred on amnesty and self-determination.

In this sense, the airport enlargement offer rivals with the bid to host the 2030 Winter Olympic Games in the Catalan Pyrenees. Both projects are jointly favoured by the Spanish government and the Catalan Madrid-orientated industrial elite, while other more substantial Catalan government priorities, such as the famous Mediterranean Corridor, are strategically swept under the carpet. These are two clear examples of how political “appeasement” operations can wholly outstrip more rational economic and social criteria when shaping development policies in Spain today. Indeed, when considering these issues, one cannot help suspecting that Sánchez loses no sleep about their possible failure to take off. For neither depend on Madrid. Indeed, the chances that the Olympic bid comes off –with no guarantee of snow and Barcelona City Hall in opposition– are truly minimal. In addition, if the EU does refuse BCN airport enlargement, that will not only help to confirm Madrid’s Barajas Airport as Spain’s sole international hub –a compulsive unionist goal– but will also have an appeasing effect on one part of the Catalan independentist movement. Indeed, even if these long-term projects did materialize, they would surely have the effect of galvanising bonds between the Catalan and Spanish economies, a dynamic that would have been unimaginable in 2017. Whatever the outcome, both projects are sure to provide endless media buzz to ward off the Catalan independence debate at the coming negotiation table.

Not surprisingly, the reaction of the Catalan government parties (Junts and ERC) to the whole operation has been predictably meek. Aware that AENA was to be pushing ahead with the exercise, they soon saw no other option than to jump on the bandwagon, a strategy Catalan parties have traditionally resorted to when seeking to avoid losing face and being politically upstaged by Madrid. In this case, the current Catalan government must have seen a way of reinforcing the image of “constructive cooperation” it has recently sought to cultivate in an attempt to avoid being associated with the indy-orientated presidency of former president Quim Torra. The whole affair brings to mind president Jordi Pujol’s 2003 retirement brag claiming leadership in the creation of the State-controlled Tarragona oil industry, a field he actually had little or no say in. Such is the lot of frustrated autonomists.

Needless to say, the subservient attitude of the Catalan government has been anything but toll-free. If on the one hand it has had to pay lip service to the Madrid-orientated Catalan business associations (Foment, Cercle d’Economia etc.) –which are in clear cahoots with Sánchez–  the crossfire it has had to face on the environmental front has been considerable. For all the Catalan government’s absurd chatter about constructing “Europe’s greenest airport”, the truth is that the third runway, budgeted at round 1.7 billion euros, would only be feasible by destroying La Ricarda lagoon reserve. Greenpeace and other ecologist groups have been predictably critical here. Even members of Spain’s PSOE-run Ministry of Ecological Transition have admitted to the harm that will inevitably be suffered by the environment. Indeed, how can the Spanish and Catalan governments pretend to keep to an international CO2 reduction agenda while envisaging a project that will mean doubling the pre-COVID19 passenger figures and reach the 100-million passenger/year mark by 2030? What of the environmental sustainability demands being called for from all sides in a form of transport so entirely dependent on fossil fuels? Significant too is the fact that the Airport Regions Council should have deemed the projected third runway “unnecessary” even if doubling passenger figures is what is sought.

Now the ball is in the EU’s court. It will have to decide if the environment is a priority or if EU-fund-dependant and authoritarian Spain gets away with shirking international requirements once again. On the other hand during Covid Germany has pumped double-digit billions of euros into its airline and tourism industries, so they may just tell the EU to stuff their objections.