At some point someone will put a figure on the deaths caused by the Great Vaccination Slowdown. 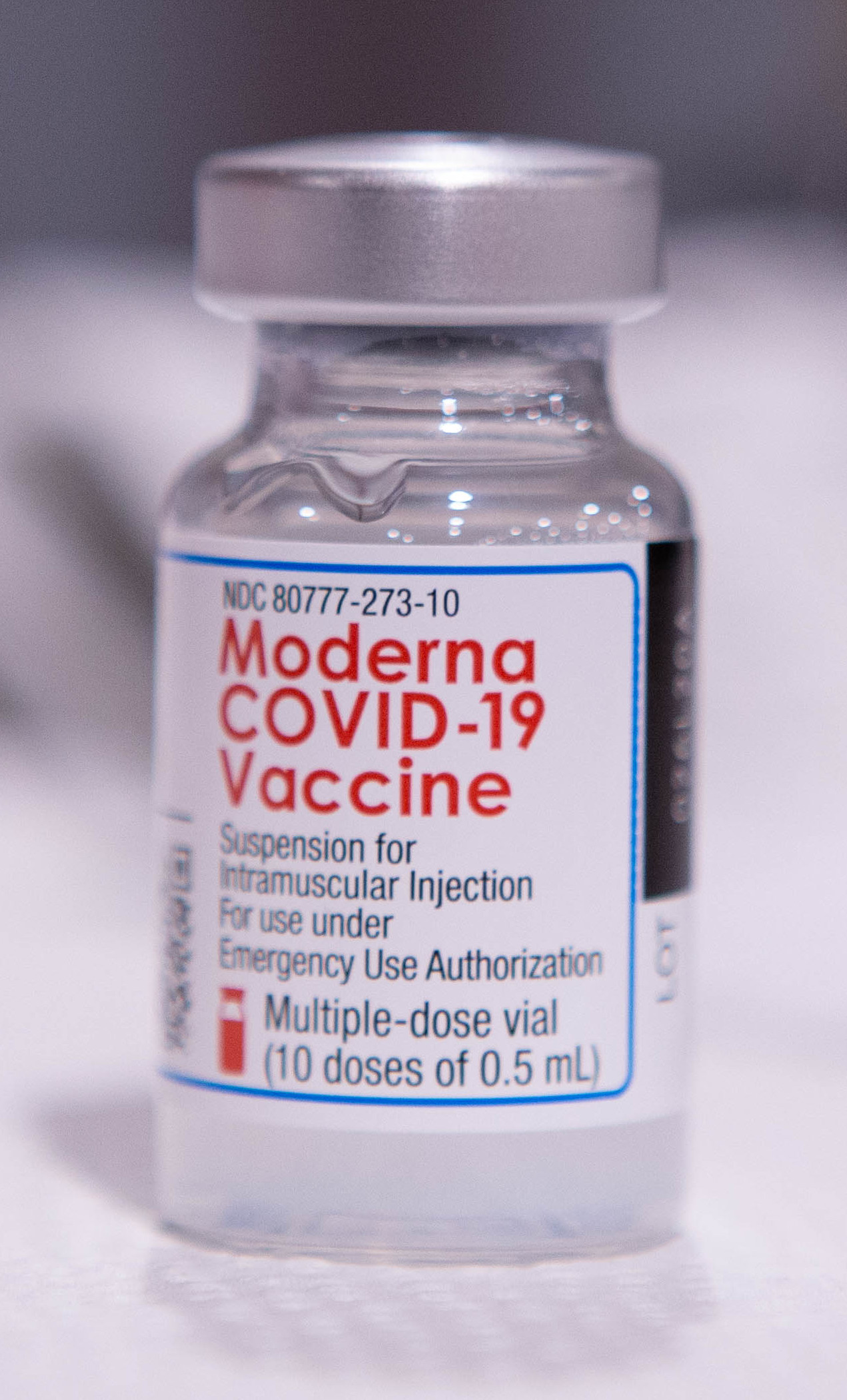 Spring is in the air and Brussels should be buzzing with activity. Do you remember von der Leyen’s Next Generation EU Fund, the NGEU expressed in its acronym, the “coronavirus recovery” fund, the sum of 750 billion euros of debt owed to the owners of the capital and divided according to an incomprehensible formula among the Member States, that is, among all the 27 states of the European Union? It was agreed in July last year and we might have thought that the European Union would now be really busy selling debt to its favourite banks, which in turn would sell it to the European Central Bank at a juicy profit, thus making their shareholders happy, while all the while not failing to stoke quantitative easing, thus keeping asset prices high and thus providing even more happiness for them (“stabilising the financial markets” is the politically correct term). Well, we are not bankers, so we don’t really need to know these details and, in any case, isn’t such a delicate matter best done behind closed doors?

But wait a minute, shouldn’t we also have heard something from at least some of the 27 national parliaments giving their required blessing to the production model for Next Generation resources, which is not stipulated in the old generation of Treaties? Above all, should we not be watching the various countries fine-tuning and presenting the projects they will finance with NGEU resources? According to the NGEU, these projects are then to be sent to the Commission, which, according to what has been explained to us, will check whether these resources are to be spent correctly not on consumption expenditure, but on investment expenditure, and this in addition to, and not in place of, national resources, which could perhaps be used to reduce the tax burden.

The idea, lest we forget, was that the money would be used to do something about the coronavirus, while simultaneously making countries more “competitive”, whatever that means, at the point in the future (end of 2027, it was noted) when the NGEU resources would be reimbursed. So far we have only heard about Italy, the main beneficiary of European funds given the 209 billion euros earmarked for this country (followed by Spain, which receives 140 billion), where the unforeseen impact of the coronavirus has brought down the Conte government, unable to muster sufficient parliamentary support to move forward with its model of comprehensive management of the projects envisaged. His place has been taken by a coalition government comprising virtually all Italian parties under the leadership of the indispensable Mario Draghi, who is said to have immediately passed the national recovery plan to McKinsey for a reasonable fee, and so everything remains in the global family. Nor do we know who will sit on the Brussels committees that are supposed to decide which member states’ projects are worth funding.

Of course, as has been stated, we do not need to know everything and the European Union, its Next Generation EU Fund included, never claimed to be a democracy. In the meantime, we can take a look at the EU’s vaccination statistics. In mid-March they look eerily similar to those of mid-February: Germany has vaccinated, with at least the first dose, 7.4 per cent of its population compared to 5 per cent a month earlier; Italy, 7.5 per cent compared to 4.9 per cent; France, 6.8 per cent compared to 4.3 per cent; and Spain, 8.1 per cent compared to 5.2 per cent. Putting these figures in perspective, the UK has gone from 23 per cent to 35 per cent of its population vaccinated with at least one dose over the same period and the US from 15.9 per cent to 20 per cent, while Israel had already vaccinated more than half of its population, or 58 per cent. Even in Germany, where government critics risk being accused of sympathies with the far right party AfD, people were enviously comparing EU vaccination rates with those in the post-Brexit UK and even the US.

Elsewhere, patience has run out. Denmark and Austria have entered into an agreement with Israel that will allow them to learn how to obtain the vaccine and how to administer it. Italy bans the export of a batch of AstraZeneca vaccines about to be shipped to Australia only to find that German free-marketeers admonish it for such behaviour, pointing out that we are all bound by EU trade agreements. The really angry French president demands “European solidarity”, while refusing the use of AstraZeneca’s Swedish-British vaccine, with the help of Merkel, who does not hesitate to tell the Germans that she is 66 years old and would never be vaccinated with a dose from AstraZeneca, because this vaccine only works for people under 65 years old: waiting for Sanofi? Shortly afterwards AstraZeneca announced that it was preparing to halve its supply of vaccines to Germany because of “export restrictions” after Biden, the allegedly benevolent US president, announced – America Second! – that vaccine exports from his country were frozen until all Americans were vaccinated. Hungary and other countries are on the verge of buying vaccines from Russia and China; Viktor Orban, the potential Hungarian strongman, seems to have given up on Brussels altogether and is ready to close ranks with his Russian soul mate, Vladimir Putin. Austria and four other countries are demanding an investigation into what they see as the “vaccine bazaar” in Brussels, but the contracts with vaccine producers are secret.

At some point someone will put a figure on the deaths caused by the Great Vaccination Slowdown. Until then, the European Union insists that member states keep their respective borders open, regardless of the sometimes very different local infection rates.

Not that there is not also good news, even if not all of it comes from the EU. Democracy is returning to where it belongs as national politicians are learning the hard way that the virus is too important to be left to virologists, for they owe their voters more than just locking them up, all of them, as the only solution until they say enough is enough, which some, given the number of victims of the pandemic, will no longer see with their own eyes. Angela Merkel, who at one point seemed to have fallen into the hands of a group of Zero Covid fanatics composed of virologists, theoretical physicists and philosophy professors, made one of her inimitable U-turns and allowed an easing of restrictions, despite the rise in the “incidence rate over the previous seven days”, probably due to more frequent testing and the presence of this mysterious ferocious beast known in Germany as “the English mutation”. Obviously, we have yet to see whether governments will be able to devise and implement better targeted measures designed to keep the virus under control, while at the same time making it possible to live with it in complex urban societies; at the moment, under the spell of Brussels, these states are not even capable of organising a vaccination campaign.

Irrespective of these issues, the news is bad; here is a small selection of it. The next wave of migrants is waiting to embark; during the winter the European Union has not done its homework at all to cope with it. Germany’s political class is smug about keeping US troops in Afghanistan, so Germany can keep its troops there too, hoping that as long as the Taliban do not formally seize power, fewer Afghans will arrive in Europe, i.e. Germany. Guaranteeing Biden increased arms spending equivalent to 2 percent of GDP will be a little easier, given the contraction of GDP due to the coronavirus. At the same time, Biden wants the EU to show more hostility towards Russia and more support for Ukraine; as a result, Russia seems to have given up hope that US and European sanctions will ever be lifted, which has increased its hostility. This is not particularly good news for Germany, which when the going gets tough will have to provide not only ground troops, but also targets for Russian nuclear missiles. And as a backdrop we have Nord Stream 2, the pipeline running from Russia to Germany across the Baltic Sea, which is intensely loathed by the United States, which hopes to sell the Germans its liquid gas, and by France, which wants to sell them electricity from its nuclear power plants, while being hated by Poland and, no doubt, Ukraine. All Merkel can demand is that her friends, including von der Leyen, tear up her pipeline – and thus jeopardise her “energy transition” – only after her retirement this coming autumn. Add to all this the presence of anti-Brexit fanatics active in Brussels and Paris, eager to muddle the Irish border issue, and then, yes, a certain kind of Götterdämmerung [twilight of the Gods] may not be as far away from us as we might have thought a year ago.

Towards the Uberisation of Care? – Interview with Alisa Trojansky

“Care” may be the word of 2020, alongside “coronavirus” and “lockdown”. Alisa Trojansky, assistant in the Socialists and Democrats Group in the European Parliament, is the author of “Towards the Uberisation of Care?: Platform work […]

Chris Bambery – Torture is part of the EU, as long as it is the right sort of person

Should Assange die in a UK prison, as the UN Special Rapporteur on Torture has warned, he will effectively have been tortured to death. According to the European Court of Human Rights Spain often resorts […]