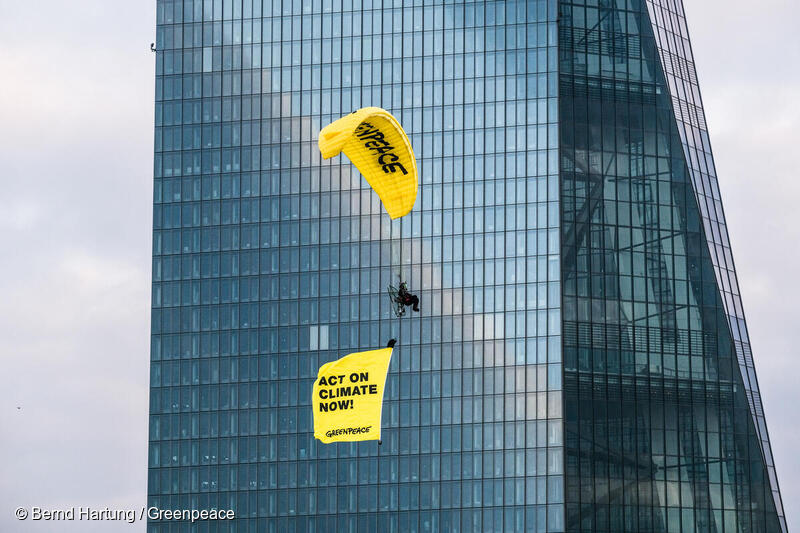 For some, money is the ​“root of all evil”, while others have suggested ​“money is power”. What is definitely true is that our economy simply cannot function without it. At the centre of our monetary system lies central bank money, because it is what banks use to make payments to each other. The collateral framework specifies the rules via which central banks inject money into the banking system, so that banks can make these payments. Furthermore, as modern financial markets are increasingly organised around collateral, central banks’ treatment of collateral – the terms on which they accept bonds or loans posted by banks – sends a powerful signal to private financial markets. Central banks’ collateral rules have significant knock-on effects for monetary and financial conditions in the wider economy.

In its current form, the collateral framework is not only at odds with democratically defined goals of the Paris Agreement and the EU’s Green Deal, but it also actively underpins financial market failures and reinforces the carbon lock-in. It further contradicts the ECB’s own principles of strong risk standards needed for the sound implementation of monetary policy, whilst undermining the high prudential standards to which it attempts to hold private financial institutions to account.

To help structurally re-align the ECB monetary policy implementation (and the wider financial sector) with the goals of the EU Green Deal and a socially just green transition, we propose three policy scenarios that would allow the ECB to green its collateral framework. We consider the climate footprint of each bond, and illustrate how our scenarios would reduce the weighted average carbon intensity (WACI) of the Eurosystem collateral framework from around 243 tCO2e/$m as follows:

Our scenarios provide two important insights. First, even an aggressive calibration of haircuts to reflect the relative greenness/​dirtiness of collateral will not reduce significantly the carbon intensity of the ECB’s collateral list. Second, for the ECB to seriously tackle the carbon bias hardwired into its collateral rules, it needs to adjust the collateral list alongside a climate-aligned haircut framework. The ECB has to rewrite eligibility criteria and replace dirty bonds with greener bonds, including those issued by carbon-intensive companies. Critically, even our more climate-friendly scenario does not eliminate carbon-intensive companies from the list of eligible issuers, but restricts the eligibility of their debt in the ECB’s collateral list to green bonds. This encourages companies to accelerate the transition to low-carbon activities.

These scenarios preserve banks’ access to central bank money − the maximum funding that banks can obtain from the ECB and the national central banks using corporate bonds as collateral remains roughly the same. However, by design, they significantly alter the types of bonds banks need to hold to access central bank funding. This incentivises banks (and the wider financial sector) to invest in greener rather than ​‘dirtier’ corporate bonds, which in turn incentivises non-financial companies to align their practices with the Paris Agreement.

As we continue to grapple with the greatest health, social and economic shock of our lifetime, there is no better time to change the rules so that we come out of this crisis better than when we went in. A well-designed financial system is not a silver bullet to fix all our economy’s flaws, but it is one of the most important things to get right if we are to genuinely build back better. In the absence of reform, the current rules to the collateral framework risks ​‘locking-in’ and exacerbating large swathes of the financial sector’s prevailing weaknesses.

Beyond the positive results it could possibly achieve, Spain’s new government has the chance to show that politics still has a purpose in European democracies Juan Laborda is professor of Financial Economics and Derivatives at […]

Benjamin James Davies – Radical Internationalism in the Face of Climate Breakdown: Why we need a Global Green New Deal

As plagues of locusts, nightmarish infernos and a deadly pandemic sweep the planet, it has become easy to slip into despair in the face of the immense challenges facing humanity. Benjamin James Davies writes for DiEM25 Cross-posted from DiEM25 Even […]

Branko Milanović – Trump as the Ultimate Triumph of Neoliberalism

Trump is the best student of neoliberalism because he applies its principles without concealment. Branko Milanović is an economist specialised in development and inequality. His newest  book is “Capitalism, Alone: The Future of the System […]