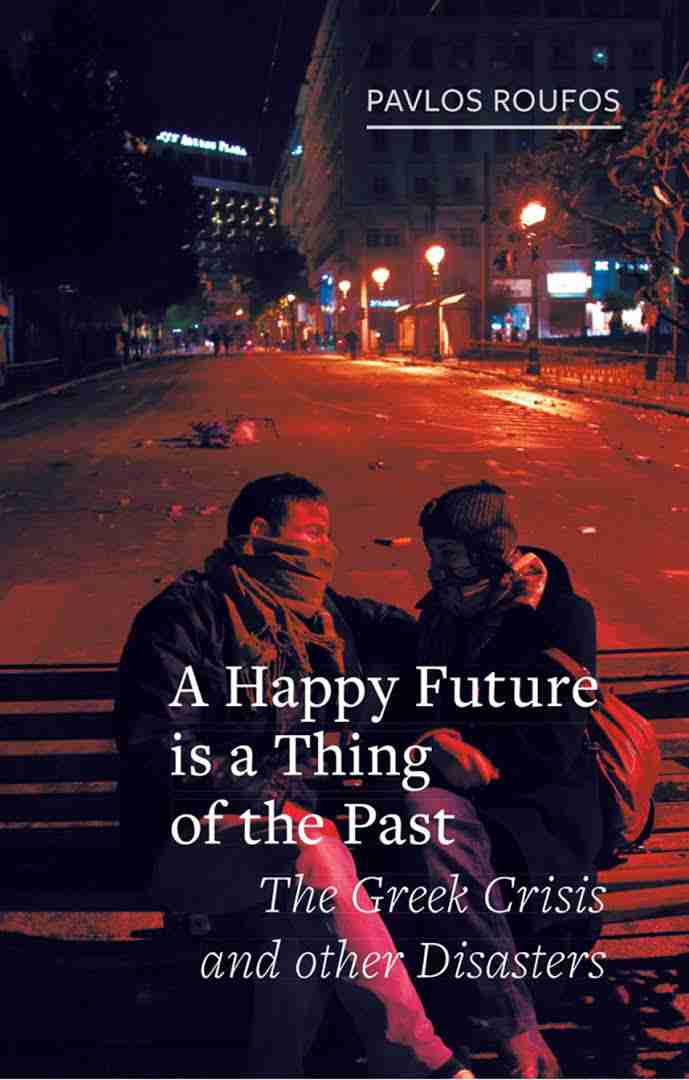 Together with the European Union refugee policy, the EU’s handling of the Greek crisis is the other great disgrace that has scarred its history – our history – in this century. This colonisation of Greece led by the Germans – with finance instead of armed force – was probably the turning point which will lead to the dissolution of the euro zone, if not the EU.

It is surprising how little this process within Greece has been critically analysed. The most prominent books up to now have been by academics, such as Yanis Varoufakis, Costas Lapavitsas, and James Galbraith, or the disgraced former minister, Giorgos Papakonstantinou, although his book is adulterated by his attempt to justify his purported manipulation of the Lagarde List (a list of illicit bank accounts in Switzerland, many belonging to Greecks), having removed the names of family members. All these books have one thing in common: they are accounts by those at the top of Greek society and there is little empathy for their own people – what they are thinking and doing – or even much acknowledgement of their existence.

This new book by the Greek activist Pavlos Roufos is not about the European crisis and Greece, but about the Greek Crisis. It provides a glimpse into the political life of the Greek masses – not as helpless victims but as political actors – and what occurred in front of the doors of parliament and government buildings where the other authors resided.

Roufos, like his predecessors, also opts for an analytical discourse, so do not expect much empathy for his fellow citizens here either. In fact he has little good to say about them, underlining the sense of bitterness and mutual recrimination that runs through most of Greek society after those tragic events.

If you have not done much reading on the events in Greece since 2009, this is a good place to start. Roufos ticks all the important boxes in his political and economic analysis. What is unique is that this is merely a background for his account of what was happening in Greek politics and in the streets of Greek cities, especially Athens.

Following a brief introduction to Greek politics after the war and the rise of neo-liberal monetarism in the EU, Roufos’s analysis gets into stride with the election of the social democratic PASOK under Andreas Papandreou in 1981. Initially embracing a Keynesian economic policy, the social democrats, in response to a lack of investment from the private sector and stagnating productivity, later changed tack, adopting neo-liberal measures. Like social democrats throughout Europe at the beginning of the 1990s, they threw in their lot with “Third Way” neo-liberalism as espoused by Germany´s Gerhard Schröder and Britain´s Tony Blair. There followed the obligatory austerity measures, such as corporate tax cuts – while household taxes increased – welfare and wage reductions, and privatisation. The resulting recessionary forces in the economy were counterbalanced by a rapid growth in private borrowing, resulting in Greece´s “economic miracle” financed mainly by German and French banks. As a reward for its sell-out to neo-liberalism (and for purchasing German submarines, which Roufos omits to mention), the Greeks were permitted to join the euro club.

While Greece basked in the ensuing “Golden Era of the Euro” (2002 – 2008), government debt surprisingly rose a negligible 4.5 % of GDP, the economy being powered by private debt. Then came the Great Financial Crisis and the decision of Germany – suddenly endowed with extraordinary power because of its financial strength – to usurp the financial autonomy of the euro nations. Forgotten was Article 122, section 2, of the Consolidated Treaty of the Functioning of the European Union providing financial assistance for a member state in financial difficulties as the result of natural disaster or exceptional occurrences beyond its control. The Germans, aided by the French, had a short-term goal: saving their own banks, which had speculated in Greece. The Germans however wanted more: the destruction of Greek democracy and autonomy, in fact the absolute subjection of the euro zone to neo-liberalism.

As finance minister Wolfgang Schäuble’s diktat began to bite, Greek citizens went onto the streets. According to Roufos, “the hope that a social movement could put a halt to the continuing deterioration ran up against a brick wall of police repression and the determination of the governing class to proceed with restructuring at all costs.” But not only Roufos provides a metaphor that defines this phase of the protests. During a general strike a quarter of a million Greeks participated in the ill-fated demonstration in Athens on May 5th 2010. The demonstrators “proceeded to climb the steps leading to the parliament building. The tense stand-off at the top with a small number of riot police was a symbolic representation of the character of the movement that would follow”. The demonstrators went no further. Instead of seizing their democratic seat of power, “stopping literally inches before the point of no return”. Add to this was the tragedy that a bank was set on fire, killing three employees who were trapped inside. The momentum of a popular uprising was lost.

A shortcoming that Roufos identifies in the later protest movement was the aimlessness and narcissism of it. While direct democracy is important in providing citizens the opportunity to determine public policy, it is useless when they have no clear policy. Instead, it degenerates into a “fetishism of procedure”. As the author writes of the mass occupations of Syntagma Square, “while rightfully rejecting the lectures of ‘experts’, the square ended up pointlessly glorifying the monologue of ‘non-experts’ ”. Thus while the social movement was able to vote governments out of office, it was never capable of creating a programme for overcoming the austerity imposed by Germany. The result was “widespread disappointment, depression, and disillusionment”.

Then came Syriza. Roufos relates an event as Syriza was still in opposition, which puts the OXI referendum debacle in a different light. In May 2013 Greece’s militant left wing teachers‘ union called a strike during the period of the high-school final exam to protest against further austerity cuts. This is the keyhole through which all students have to pass on their way to higher education – a very effective measure indeed. Although threatened with dismissal, over 92% of teachers voted in favour of the strike.  As the union’s central council, in which apparently Syriza played a prominent role, met, instead of confirming the strike, it declared that the conditions for a strike were not ripe. The strike did not occur. As one can imagine, Roufos has few kind words for Syriza, regarding its capitulation in summer 2015 as foreseeable.

Greece’s future? Roufos makes a very astute observation. Germany’s goal is not to integrate Greece in the Eurozone economy, but to relegate it to a competitor with the less developed Balkan states – and the Third World for that matter. What is of value in Greece is being privatised, sold to international corporations, many of them German. Greece will never recover from austerity because that was never the goal.

Pavlos Roufos – A Happy Future is a Thing of the Past

Writer Pavlos Roufos reviews eight years of managed disaster for Greece under Europe’s austerity regime – from the roots of the crisis in both internal politics and international finance, to the perverse structure of EU-imposed […]

Ecocide – Kill The Corporation Before It Kills Us by David Whyte