BRAVE NEW EUROPE has been following and supporting the labour struggles of university employees in Britain since its inception. This newest incident is indicative of a broken system.

BRAVE NEW EUROPE would like to encourage you not only to show your solidarity with the strike, but to support it financially. The donations will go to help all those members staying out on strike, but especially those who really need it. BRAVE NEW EUROPE has already donated to the strike fund and urge you to do the same. Donate here. 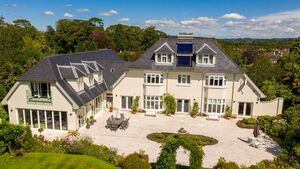 I am one of a group of over a thousand university workers at the University of Liverpool currently on strike.

We are fighting for the jobs of 32 academics who work in medical sciences, clinical health, and life sciences. Some of us have been doing health service support work since the pandemic began, and one even is researching ground-breaking Covid treatments. All of us are leading researchers and teachers, some prize winning and many recognised as international leaders in our respective fields. We have not been questioned regarding our performance before and were ever informed about the criteria being used to sack us.

A University e-mail in March 2020 told us to drop our research and “prioritise clinical work until further notice”. Some of us who did that are now being sacked for not doing enough research.

It feels like a Kafka tale set in Liverpool.

Other Kafkaesque struggles in the UK university sector include those at Goldsmiths University London, Chester University, and Leicester University. Liverpool, like those others, has the hallmarks of a very extreme form of managerial autocracy that has infected and spread through the sector in recent years. This neo-liberal managerial infection has been spread by rising student fees, and the rising power of an elite group of grotesquely paid senior managers.

The Liverpool redundancies use a particularly insidious and extreme managerial method. As our union, the UCU has pointed out, this is the first ‘rank and yank’ scheme in a UK University. Rank and yank is the practice that was notoriously used by Amazon until it was forced to stop. What this means is that managers set performance targets and a pre-determined percentage of those that fall short are sacked. When the Liverpool redundancies were announced, staff were told that the 12% of staff was failing to meet a combination of research income targets and citation scores would be made redundant. Our colleagues from the University of Leiden (authors of ‘The Leiden Manifesto’) tell us that this is the first University rank and yank scheme in Europe.

The reaction of most people to this is: “but surely this is illegal?”; “what about your contract?” Indeed, we are certain the redundancies are unlawful. But in UK employment law, this counts for little. Employees are rarely, if ever, reinstated after unlawful dismissal; compensation is paid, but workers typically lose their jobs. At the University of Liverpool, senior management have exploited their untouchability in law by doing whatever they feel like, continually ignoring a barrage of evidence which shows their method is both unfair and unlawful.

Reason and evidence has failed; the only weapon we have now is our ability to strike. So this is what we are doing. We are striking for at least three weeks with other cards up our sleeve if required, and we are striking at the most vulnerable time for any University: during the examination and assessment period. Students will be stopped from graduating, something that we hate to do; but what else can we do? Many of us have families and few will find jobs in the current climate.

Fully understanding what is going on in the UK University sector right now is difficult. But so many of the redundancy situations we face come down to one problem: management vanity projects. Quite simply, the rise in student fees has created a reservoir of surplus that has inflated salaries at the same time as giving ambitious managers the funds to pursue all kinds of ill-thought out schemes that are rarely planned well, and are often doomed to fail. At Liverpool, we have had many. The ‘University of Liverpool in London’ was one such scheme that failed last year. UK magazine Private Eye reported that the losses of the London campus – a typical management vanity scheme – can be counted in the 10s of millions of pounds.

The Liverpool redundancies are exactly this: a vanity scheme. The Professor Kafka in charge of this scheme is the grandly titled Executive Pro Vice Chancellor for Health and Life Sciences, Louise Kenny. She is the architect of the redundancies, and has repeatedly said that “I need the headroom” to create a new research centre. This is what our strike is really about: a new research centre for Professor Louise Kafka, ahem, Kenny. The contractual security of university workers is now dependant on a vanity scheme; we are just the play things for the latest Professor Kafka.

The obscene concentration of power and wealth in the sector is best summed up by one story that was picked up by one of our colleagues facing redundancy. Two weeks after hearing she was losing her job to this management vanity project, she read in the news that Professor Kenny was selling a mansion in Ireland (she previously worked for University College Cork) for 3.5m euros. “I knew within seconds of going up the drive, with the ‘eleven-second’ rule that tells you it’s right, that we’d found the perfect home,” Professor Kenny told the Irish Examiner. We often wonder if that is the amount of time she also took to decide to attempt to ruin my life and that of my colleagues.

Whether she manages to sell her mansion or not, we will continue to fight hard to save our colleagues and defeat this particular Professor Kafka and her personal vanity project.

BRAVE NEW EUROPE would like to encourage you not only to show your solidarity with the strike, but to support it financially. The donations will go to help all those members staying out on strike, but especially those who really need it. BRAVE NEW EUROPE has already donated to the strike fund and urge you to do the same. Donate here.

GPEnewsdocs – Richard Kozul-Wright: Post-COVID World Economy: Out of the Frying Pan… Into the Fire?

For sustainable recovery from the COVID-19 global economic shock, it is imperative to break from policy choices that produce concentration of economic power and wealth in a limited section of the economy but old habits […]

The surprisingly low unemployment rate in the deep recession of 1945-6 in the US is explained by millions of women leaving the workforce to make way for men returning from the war. Frances Coppola is […]