In landmark legal case, former Uber drivers asks courts in the Netherlands to over-rule the algorithm that fired them 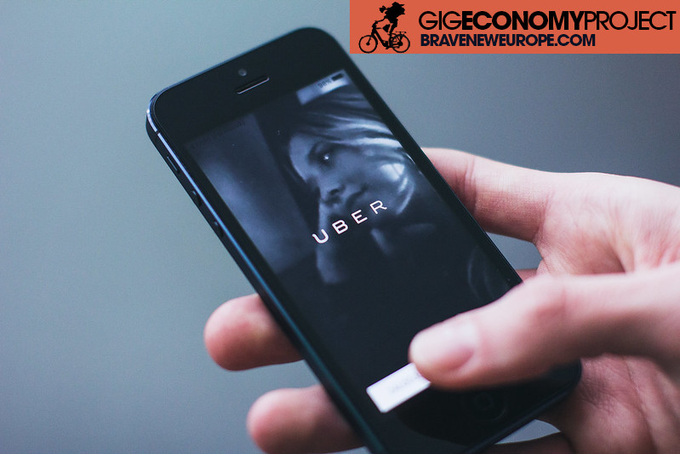 ·      Drivers in London, Birmingham and Lisbon wrongly accused of ‘fraudulent activity’ as detected by Uber systems before being fired without right of appeal

In a landmark case, the App Drivers & Couriers Union have today filed a complaint in the Amsterdam district court to challenge Uber’s practice of robo-firing of drivers by algorithm. The union is bringing the case on behalf of three drivers from London and Birmingham in the UK. The International Alliance of App-based Transport workers is supporting the claim of a fourth driver from Lisbon,Portugal. The action is also supported by Worker Info Exchange, a non-profit organisation dedicated to workplace digital rights.

Under the UK Data Protection Act and Article 22 of the EU General Data Protection Regulation (GDPR), individuals have the right to certain protections from automated decisions which create negative affects but are carried out without meaningful human intervention.

In each of the cases the drivers were dismissed after Uber said its systems had detected fraudulent activity on the part of the individuals concerned. The drivers absolutely deny that they were in any way engaged in fraud and Uber has never made any such complaint to the police. Uber has never given the drivers access to any of the purported evidence against them nor allowed them the opportunity to challenge or appeal the decision to terminate.

Driver1, based in London, was summarily dismissed after Uber said their systems had detected ‘irregular trips associated with fraudulent activities’. He was never given any explanation and was denied a right of appeal.

Driver2, based in London, was summarily dismissed by Uber after claiming their systems detected ‘the installation of and use of software which has the intention and effect of manipulating the Driver App’. The driver was given no further explanation of the allegations and was denied the right of appeal.

Driver3, based in Birmingham, was terminated without right of appeal after Uber said their systems had detected ‘a continued pattern of improper use of the Uber application…..& this created a poor experience for all parties.’

Driver4, based in Lisbon, Portugal was terminated in a manner almost identical to circumstances experienced by the UK drivers. Uber summarily dismissed the driver after claiming its systems detected ‘the recurrent practice of irregular activities during use of the Uber App.’

Uber’s so called ‘Community Guidelines’ defines ‘fraud’ to include declining work offered and strategically logging out to await higher surge pricing. As such, the ADCU believes that Uber seeks to undercut its obligation to driver’s worker rights by concealing performance related dismissals as ‘fraud’ related dismissals. In London, drivers who are dismissed by Uber are automatically reported to TfL who then may take licensing action against them.

The ADCU is inviting all former Uber drivers from the UK throughout the European Economic Area who have been similarly dismissed over alleged ‘fraudulent activity’ to register on their website at www.adcu.org.uk/wie.

The union also has launched a crowdfunding appeal to help pay for the legal action against Uber in the interests of low paid workers. https://www.crowdjustice.com/case/help-protect-uber-drivers-from/

Uber has been allowed to violate employment law with impunity for years and now we are seeing a glimpse into an Orwellian world of work where workers have no rights and are managed by machine. If Uber are not checked, this practice will become the norm for everyone.

Uber has industrialised the process for the firing of drivers at scale in a frighteningly uniform way across the UK and Europe. It is morally offensive that workers can be dismissed in such a callously automated way without any right of appeal or to even know the basis of the algorithmically generated allegations made against them.

This case demonstrates the impact of automated decision making for the millions of people that are working in the platform economy. For the first time, Uber drivers are challenging these decisions based on the GDPR.

3.       The ADCU is supporting Yaseen Aslam and James Farrar in their 2016 worker status case which they won against Uber at the Employment Tribunal in 2016. Uber’s final appeal was heard by the UK Supreme Court in July 2020 and a decision is due soon.

4.       The ADCU has also made complaints against Ola and Uber over failure to provide workers with access to their data pursuant to Article 15 of the GDPR. The cases will be heard by the Amsterdam District Court on December 10 and 16 respectively.

5.       Worker Info Exchange is a UK based NGO dedicated to helping workers fight for their digital rights in the so-called gig economy www.workerinfoexchange.org

What Israeli generals are really worried about is how little will change when two ultra-nationalist, religious settlers are put in charge of the occupation Jonathan Cook is the the author of three books on the […]