German labour market reforms have a very negative impact on employees, according to a recent study. 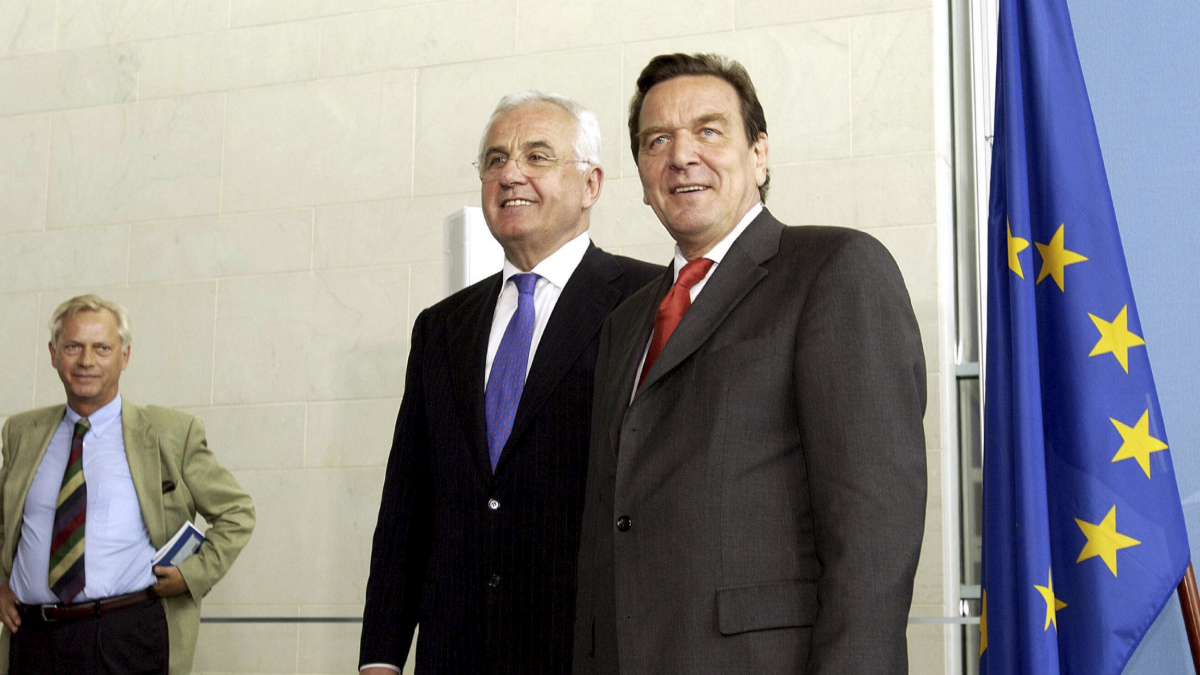 Because of the very important reforms of its labour market during the 2000s, Germany serves as a model for most economists, as well as for French president Emmanuel Macron and his minister of labour Muriel Pénicaud, as it did for their predecessors François Hollande and Myriam El Khomri.

However, it appears that the measures adopted between 2003 and 2005 by Gerhard Schröder, Germany’s Social-Democratic chancellor – on the advice of a committee headed by Peter Hartz, former director of human resources at Volkswagen – were negative in terms of employment and wages.

This result calls into question all the labour market reform policies that have been introduced in Europe in recent decades.

Reducing the rights of the unemployed

Four Hartz laws were adopted. The first two were aimed at encouraging employers to hire; the third at improving the functioning of the Federal Employment Agency; and the last at “encouraging” the unemployed to return to work more quickly.

Thus, the Hartz I law relaxed the rules on temporary work. It also severely limited the possibilities for an unemployed person to refuse a job, in particular by lowering wage thresholds (beyond six months of unemployment, any job offer offering a wage above unemployment benefit must be accepted). In the event of refusal, the unemployment benefit is reduced (by 30% the first time, then by 60%) and then suspended.

The Hartz II law encouraged the development of under-employment, the “euro-jobs” and “mini-jobs”, whose maximum wage is respectively 400 and 800 euros, by reducing the social contributions to which these jobs are subject. Today, it is estimated that about 4 million people have only a mini-job as a source of paid income (possibly supplemented by unemployment benefits).

The Hartz IV law is the most controversial, as it has led to a sharp drop in the incomes of the unemployed.

In Germany, unemployment benefits represent only 60% of the old wage (67% for a person with one child). In addition, after one year of unemployment, people switch to another system of assistance, where they receive only 370 euros per month.

There are also the “jobs at one euro an hour”, reserved for the public or charitable sector, which the long-term unemployed cannot refuse, under penalty of losing their benefits. Obviously, by accepting these jobs, they are removing themselves from the unemployment statistics.

On the surface, the Hartz laws were a success: while Germany was “Europe’s sick man” in the 2000s, with an unemployment rate above 10% of the working population, it has since fallen sharply to below 4%.

According to Tom Krebs at the University of Mannheim and Martin Scheffel at University of Cologne: “Most economists are probably not surprised to learn that reforms that dramatically reduce unemployment benefits, and facilitate contacts between job-seekers and companies, lead to a sharp drop in the unemployment rate”.

They also note that the Hartz reforms are very unpopular in Germany, to the point that no party champions them. Several parties even promise to reverse them, starting with the Social Democratic Party (SPD), the very party that adopted them under Gerhard Schröder’s leadership.

Krebs and Scheffel point to an “enigma”: on the one hand “the economics profession largely considers the Hartz reforms to be a success”; and on the other “the German population overwhelmingly rejects the reforms”. Either economists don’t understand “real people”, or real people don’t understand economics.

There is no mystery in this.

As Krebs and Scheffel note, any reform has winners and losers. According to them, the winners of the reform are those of the unemployed who have found work. But they note, crucially, that even these potential winners are not completely so, since the Hartz IV reform “reduced wages”.

And indeed, the wage stagnation in Germany in recent years is unbelievable in such a wealthy country, which accumulates tens of billions of euros in trade surpluses every year.

In addition, say Krebs and Scheffel, the unemployed are another class of losers, since their benefits have been reduced, the requirements on them have been increased and the sanctions tightened.

Thus, according to this analysis, the Hartz reforms might have created jobs, but at the cost of a lower standard of living. There is higher employment but at a lower salary. A situation that economists, because they give priority to lowering the unemployment rate, would consider preferable, while the population, whose standard of living is deteriorating, would reject it. That is how the “mystery” is explained.

But what if, as is so often the case, the “economics profession” proves to be wrong, because so many economists are blinded by ideological bias?

Jake Bradley at the University of Nottingham and Alice Kügler at University College London have produced a detailed study that contradicts the assumptions of the vast majority of economists in favour of reforms that make the labour market more flexible.

By studying the wages and employment situation of no less than 430,000 people working in 340,000 companies between 2000 and 2007, Bradley and Kügler arrive at the following results: according to them, all the Hartz reforms have led, on average, to a very small decrease in unemployment (-0.16%) and a much more substantial decrease in wages (-4%).

According to them, the outcome of the Hartz reforms is completely negative for employees. And the situation is particularly serious for the least qualified people, whose employment has fallen by 0.6%, and their average wage by 10%.

Thus, the Hartz reforms “did not have the expected effects”. In particular, following the adoption of the Hartz I and II laws, according to Bradley and Kügler, employers simply “replaced permanent jobs with temporary contracts and part-time employment contracts”.

And since the bargaining power of the unemployed has collapsed in proportion to the amount of their unemployment benefits, it is not difficult to understand why wages have fallen. But then, if it is not the Hartz laws, what has caused the unemployment rate in Germany to fall?

The truth is elsewhere

As Guillaume Duval at Alternatives Economiques has noted, just because the unemployment rate has fallen sharply in Germany, while it was stagnating in France, that does not mean that job creation has been greater in Germany.

The main explanation for the German “success” is therefore simply demographic; food for thought! Moreover, other factors played a role, such as the German export success, itself a consequence of wage moderation, the fall of the Wall, which allowed a massive subcontracting of German companies in central Europe, and the development of countries such as China, Brazil or South Africa, which fuelled a demand for German machine tools – and also for the beautiful cars produced in Germany.

The market must come last

The example of Germany confirms a result known since Karl Marx, John Maynard Keynes and the whole institutionalist tradition: when we look at work and employment, and more precisely when we study variations in the unemployment rate, the functioning of the so poorly named “labour market” must come last.

We must start with production, which, compared to productivity, will give us the evolution of the number of hours worked. Then look at how these hours are distributed in terms of the number of jobs. Then compare these changes with demographic data. Finally, look at the rules governing unemployment benefit.

The majority of economists only study the “labour market”, because they refuse to see that the decisive factor is production.

These economists thus make mistakes that reinforce the amply justified rejection of the profession by “real people”. And they support policies that are ineffective – the Hartz reforms have not created jobs – and that are unfair: they have worsened the living conditions of the least privileged.

Today, Germany has a budget surplus and a trade surplus. But for some this wealth is obtained through the exploitation – there is no other word for it – of millions of working poor, and through the precariousness of the unemployed. And we want these people to say “Danke schön” to Gerhard Schröder and Peter Hartz?

Craig Murray – Donziger: A Tale For Our Times