A perverse effect of conventional quantitative easing (QE) has been soaring asset prices, particularly property. Some of that hype could be intermediated by the state – for the public good.

Andrew Purves runs a furniture business, is researching the use of land rent for public revenue in Singapore for a PhD at UCL, and has written about the public revenue regime in Hong Kong 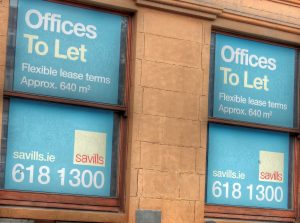 Relations between landlords and business tenants have been stretched to the limit by the Corona crisis. At the same time governments have been looking at imposing new wealth taxes to help pay for the pandemic. Perhaps the two challenges can be merged.

The UK government legislated to prevent property owners taking action to wind up companies for non-payment of rent until 31st December. With repeated lockdowns, often imposed at short notice, more companies may be forced to close, and very few are in a position to resume rent payments, normally quarterly in advance, let alone repay arrears.

Only an estimated 50% of rent payments have been made during 2020. Companies which own their own premises, although often less stressed than tenants, could also be at risk of closure because of crippling business rates, and lost turnover.

A bird in the hand

Assuming that property owners will be able to pursue non-payers for rent arrears in the New Year, does it make sense to force tenants out? Not only would there be a social media backlash, and corresponding reputational risk to landlords, but who will replace the evicted companies? Start-ups are often not welcome, given the lack of a trading history or ‘covenant’ to support their tenancy. Owners may be persuaded to exercise forbearance, but for how long?

After losing two, three, or five months of income, many companies, despite short term loans guaranteed by the government, and furlough schemes, will never recover the lost cashflow. A gaping hole in income is partly offset by reduced variable costs of sale, such as heat light and power, etc. but the fixed costs of business remain the same: most notably rent.

For the property owners, non-payment of rent will cause their own cashflow nightmare – especially those who are heavily in debt. On top of this, property values in many sectors have fallen, especially in retail. There is talk of many operators reducing their occupancy of actual buildings – it has been found that many people are more productive working from home. These reductions in value could breach loan-to-value covenants agreed between banks and landowners on loans. Warehousing and distribution centres are the exception. Not only are there structural changes in the market, but there is growing doubt over how many people will want to venture out to crowded public spaces given the threat of a third, more contagious wave of viral infection. In spite of the roll-out of vaccines, this reluctance might further threaten a recovery in turnover. There are daily newspaper reports suggesting that tenants are calling on landlords to agree to reduced rents based on turnover, or threatening to enter company voluntary arrangements to escape non-profitable leases.

QE to the rescue

Governments around the world acted fast to support businesses, and the UK chancellor of the exchequer promised to ‘do whatever it takes’ to support the economy. The Bank of England began a new wave of QE, buying back previously issued government debt, and the European Central Bank authorised a new recovery package. The danger is that more of the same conventional QE simply continues to drive up the price of assets such as bonds, equities and other financial instruments. Why should central banks not turn their attention to buying real assets – in this case land – directly, to inject money into the economy?

According to government statistics, land value comprised 51% of the UK net wealth in 2016, and this has continued to increase in value. Land, or location value is often greater than the building value, particularly in urban areas. Here’s how some of that value can be transferred from private owners for the common good:

In summary, the scheme could provide a respite for landlords and owner occupiers, to sustain their businesses. Tenants would enjoy a twelve-month rent reduction. A new source of public revenue would be created, in accord with the principle of a land value tax, which has successfully been applied (with local characteristics) in both Hong Kong and Singapore.

In the Brexit referendum, UK citizens were pleading through their vote – and non-vote – for a fair shot at the future. Rachel Lurie is an Analyst at the Princeton University Investment Company. She graduated […]

During cop25 we are running a series of articles about the Green New Deal, which has nothing to do with Germany’s EU Green Deal. Stuart Medina looks at the US Green New Deal from a […]

Steve Keen – The Delusional Leaders of the Eurozone

Steve Keen too has a look at 20 years of the Euro. Steve Keen is an economist. He is an expert on Minsky’s Financial Instability Hypothesis, and is one of the handful of economists who […]