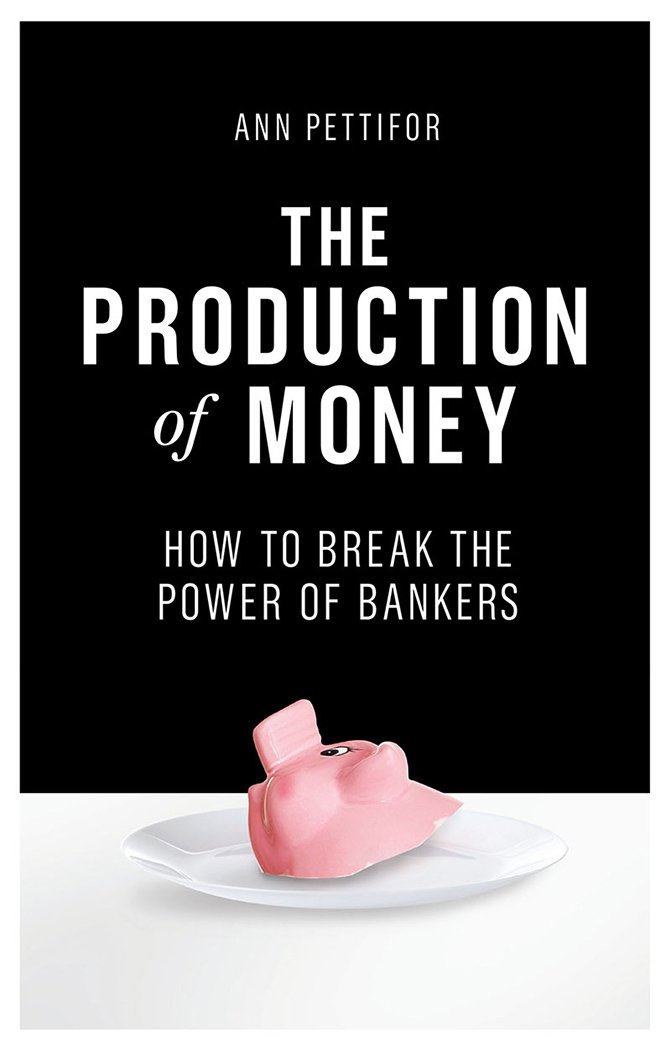 Ann Pettifor has good credentials: she was one of the few economists to spot the coming credit bubble in the developed world before 2007. Most colleagues had thought the financial system was robust enough to absorb the shock of overpriced assets falling to earth.

So we are in good hands when Ms Pettifor, who is director of PRIME (Policy Research in Macroeconomics – a think tank), takes up the building blocks of finance to propose a better and fairer system. The starting point of her reform is an observation that the creation of credit drives the money supply and not the other way round. So central banks and governments will strive in vain to control the money supply and the economy unless they control the creation of credit. That calls for a complete somersault in the way a national financial system is run.

Her goal is to achieve a fairer allocation of credit – creating jobs and building infrastructure, promoting well-being and a better environment, rather than, as happens today, giving financiers a free hand to increase the wealth of speculators and an elite private financial sector.

The first part of the book is an analysis of what went wrong. After the excesses that led to the 1929 crash, a reformed financial sector allocated assets reasonably fairly between 1945 and 1971 under the benign influence of the Bretton Woods agreement. Her guiding light is John Maynard Keynes, who had a rare understanding of money.

After 1971 came liberalisation, fuelled by petrodollars, which tempted financiers to go global, persuading governments to collude with their globalisation of finance. Successive British regimes, from the era of Margaret Thatcher to that of Tony Blair, championed free markets as the most efficient way of allocating credit where it was needed. Wrong. Housing bubbles and debt crises, both national and international, ensued. Then, after the 2007 to 2009 crash, came another misguided response: austerity.

Ms Pettifor examines various moves since the crisis to rejig finance to achieve a better economic outcome. Quantitative easing (QE), the purchase of assets by national central banks and the European Central Bank, has had perverse consequences – restoring bank balance sheets and boosting asset prices, but failing to prime the pump of economic growth.  Surely central bank money can be put to better use. She examines proposals by Positive Money, a financial activist group, to bring QE either directly to the people (so-called helicopter money) or funding job creation and environmental projects, and similar proposals by Adair Turner, former chairman of Britain’s erstwhile financial watchdog, the FSA, and now chairman of the Institute for New Economic Thinking.

Her concern with these proposals is that the power to allocate credit would indeed escape the hands of private bankers, but only to fall into those of “a small committee of men at the pinnacle of a central bank” – a step on the road to autocracy. She believes the public should be involved in the allocation of credit at the micro level. Paradoxically, that probably means bankers will still need to be the interface with the public.

But they could be bankers whose bank is unable to lend more than the money it is allocated by the central bank. In this world, banks are no longer creators of credit but merely agents of public-good lending, governed by loan-to-value ratios in the case of housing loans, and other fairness principles. They would not be allowed to fuel speculative bubbles: “What is needed is for economic agents to begin spending on the employment of labour, and on goods and services.” She argues it is “the right of central banks and democratic governments to intervene in the management of a public good: the nation’s credit production system.”

Is this pie in the sky? Ms Pettifor clearly does not think so. Since 2015 she has been on the British Labour Party’s Economic Advisory Committee. She also claims the world would be a better place if two overlapping groups were to take more leadership in the monetary system debate: “the first are women; the second, environmentalists”.

This is a surprising aside in a book that is otherwise rigorously grounded in the mechanics of credit and capital flows. But she goes on to point up the popular fallacy that “while there is enough money to bail out bankers, there is never enough money to fund all the social services women provide to society.” Among the radical changes Ms Pettifor advocates, changing that mindset too would not be unwelcome.

In summary, this is a useful book which should be read by anyone interested in serious reform of our legacy financial system.

The Production of Money: How to Break the Power of the Bankers

Do You Want to Know the Truth? by Rupert Read