Capitalism is failing the planet and most of the people living thereon. We will never tackle the climate emergency until it is replaced with a saner and kinder way of living. 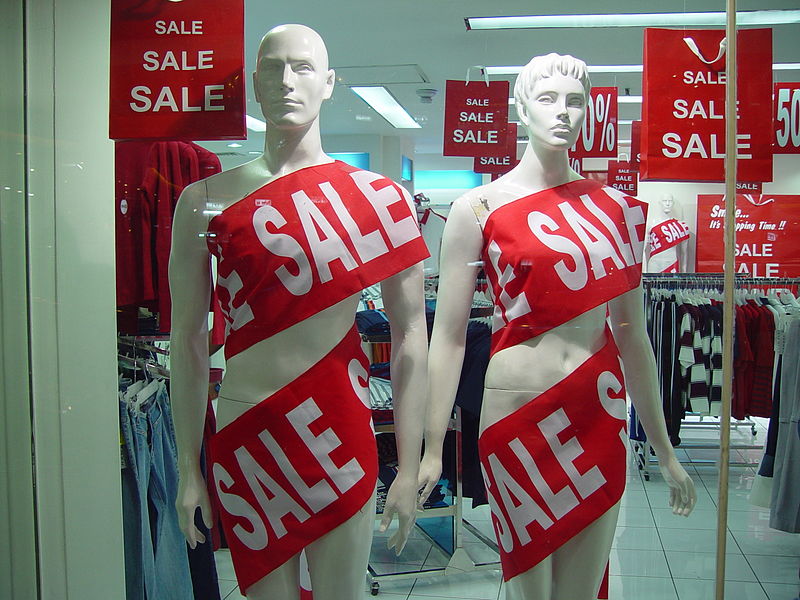 Fifteen years ago, or so, the scales fell from my eyes and I looked at the world anew. What I saw was insanity; a society – at least here in the industrialised world – hell bent on mindless never-ending growth, at the expense of both its own well-being and the health of our small, vulnerable, planet and its sensitive ecosystems. I am pretty certain that this revelation is something to do with getting older, although growing maturity is no guarantee of its appearance. Some recognise the madness in the way we live while still in the classroom. Others journey from cradle to grave without once questioning the lifestyle they have been conditioned to accept.

Unfettered capitalism – a system predicated upon private ownership of the means of production and its operation for profit – has arranged things so that we live to consume; so that we work to earn money that we can spend on ever more stuff, regardless of whether we need it or not; a pizza oven, the latest i-phone, Dyson’s frankly bizarre headphones with built-in air filter and visor. In a crazy, vicious circle, some of us work to afford child care, so that we can go to work. Others buy to feel good; to experience that little – if brief and ultimately unsatisfying – buzz that comes with a shiny new purchase. A buzz that rapidly fades in the face of the relentless struggle that is modern life.

We are aided and encouraged in our consumerist efforts by a constant bombardment of adverts. Everywhere we look, the message is buy, buy, buy. So immersed are we in this environment, so caught up in the lifestyle, that we can’t see the wood for the trees; can’t see that it is a way of living that is simply absurd; a way of life that leaves us exhausted, unsatisfied and unfulfilled.

It has taken quite a while to get to where we are today. The roots of capitalism go back at least as far as the 16th century, when land began to become concentrated in fewer hands and merchant-driven global trade started to burgeon. Only since World War Two, however, has it really taken off. This period – defined as the great acceleration – saw the explosive growth of technology and a wide range of other human activities, which continues today. This was driven largely by private capital and required a parallel explosion in consumption in order to maintain the seemingly unstoppable juggernaut.

No-one born since the second world war can recall anything different, and can’t even imagine any other way of passing the time between the maternity suite and the cemetery. Astonishingly, so ingrained, now, is the obsession with consumption that – instead of agitating for change – many of those with minimal disposable income, who are struggling at the bottom of the economic pile, are completely in thrall. Refusing to recognise that the system is failing them, they instead insist on being part of it and are often the most vociferous in dismissing any alternative, more progressive, way of living. Rather, their hopes and aspirations are focused on a lucky break, perhaps a lottery win, that will shower them with the cash they need to big up their contribution to the consumerist society and join those higher up the greasy pole..

The truth is that we are all in a rat-race. A race wherein we fight tooth and claw to get to the front; a contest that sees the greater good subordinated to the wealth and comfort of a few individuals; a battle that leaves few winners and myriad losers. But it doesn’t have to be this way. It was by no means inevitable that capitalism would emerge as the dominant system by which our lives operate. Altruism is at least as big a factor in the development of society as individualism and competition, and indeed has been crucial to the development of human civilisation. Over the last few centuries, however, it has become increasingly marginalised until it has become solely the prerogative of what those at the top of the capitalist food chain sneeringly like to call ‘do-gooders’. Those individuals, often who don’t have much themselves, who actually care about others. But a world centred around altruism is by no means impossible. It is certainly infinitely preferable to the extant system based upon the devil take the hindmost, which is failing the vast majority and – at the same time – destroying the planet.

Imagine instead a world where everything isn’t monetised, where human ingenuity and creativity are harnessed not for profit, but for the well-being of individuals and society and the sustainable development of the greater good; where there are no billionaires, or even millionaires; where houses are for living in, not cash cows; and where businesses, both large and small, are partnerships and cooperatives, working in concert rather than competition. There are no shareholders to siphon off large wads of cash, with excess capital reinvested, divvied up between employees or donated to worthwhile projects and initiatives. Spain’s Mondragon Corporation provides some insight into how this might work. This giant federation of worker cooperatives has been around for near on 70 years, and now employs more than 80,000 people across the retail, finance, industry and knowledge sectors. In such a world, greed has no opportunity to flourish. Everyone has sufficient for a comfortable life and obscene inequality has been banished.

Contrast this with where we are today. In 2021, the UK’s 171 billionaires were worth a staggering US$597 billion, adding more than US$106 billion to their wealth over the previous 12 months, when millions were struggling to keep going at the height of the pandemic. Shareholder payouts, over the same period, amounted to £94.1 billion. You may have come across the view that such dividends are vital because they feed back into our pension pots, but this is simply a myth. In fact, a TUC study reveals that UK pension funds own fewer than six percent of UK shares, either directly or indirectly.

These are colossal amounts of money, virtually all of which – in the context of benefiting society as a whole rather than a few individuals, venture capitalists and hedge funds – is ‘dead’ money. Imagine how much could be done through channelling such enormous funds to where they would benefit the largest number of people. The NHS, for example, could be funded entirely from the annual growth in billionaire wealth plus annual shareholder dividends. The so-called ‘austerity’ programme that has seen local services eviscerated over the last 17 years, could have been avoided by spending the equivalent of UK billionaires’ spare change.

So, what might living in our brave new world be like? With growth for growth’s sake abandoned and gross domestic product as a measure of progress consigned to the bin, there would be no reason to work until we drop. A universal income would ensure that everyone could afford to eat and heat, so that individuals could choose to work however many hours they wished. Some might prefer the nine ’til five, weekly fix, others might mix work with what makes them feel good; community service or continuing education, working an allotment, or working out. Work itself would – as much as possible – be undertaken from home or in small, local, hubs. In fact, localism and the community would underpin such a society, cutting way back on the need for stressful and wasteful travel. Such a society, with the well-being of every individual and care for the environment at its heart, would provide a far better quality of life all round, so that the savings from vastly improved mental health and reinvigorated nature would be colossal.

But don’t be misled into thinking that this would a sackcloth and sandals sort of society. Technology would be vital for it to function, but tech that is focused on what is appropriate and sustainable on a small planet of finite resources. All the goods we are familiar with would still be around, but built to last, easily repairable, and as recyclable as possible. Because competition is subordinated to cooperation, you wouldn’t be able to buy a new mobile or new car model every year in any case, because companies would not feel the need to keep churning out new variants to stay ahead of the game. For the same reason, the advertising that constantly envelopes us now, would largely dry up. Imagine watching TV or listening to your favourite radio programme, without the constant interruption of crass calls for us to keep consuming. Utter bliss! A beneficial byblow would be the re-routing of vast marketing budgets, so as to accomplish something useful. We aren’t talking here about a world in which everyone is equally well off either, but there would be a cap on income – say half a dozen times the average – so that extravagant wealth would not be able to accumulate.

Many of you may think that all this is simply pie-in-the-sky. Some of you out there may say I’m a dreamer – as someone from Liverpool once said – but I’m not the only one. Thinkers and doers across the world have come to the same conclusion. Things have to change – and soon. Certainly, there is no doubt that if we wish to tackle the climate emergency before it is too late, then capitalism has to go. The key question is, can the metamorphosis to a kinder and more equal world happen quickly enough?; indeed – given the immense power and influence of those at the top of the money tree – can it happen at all? It is difficult, looking around us today, to imagine that such a switch can happen without a fight. But if that is what’s needed, then so be it.

The way attitudes have changed during the pandemic and thephenomenon that is currently being called the ‘Great Resignation’, the remarkable and unprecedented instances of mass resignations from (mostly) low-skill employment right across the economy.   Robin […]

Having learnt nothing in the past, the EU continues to impose its neo-liberal policies upon member states Gustavo Piga is Full Professor of Economics at the University of Rome Tor Vergata You will find the […]

It has been extremely irritating to constantly read in articles about the Paradise Papers that what is being reported is not illegal. This is not necessarily correct and is certainly not necessary. A journalist is […]