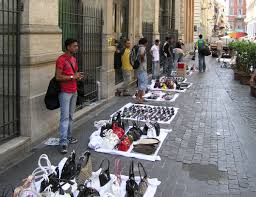 The Serbian Prime Minister Zoran Djindjic was assassinated in 2003, after being in power for less than three years (the first PM after the fall of Milosevic). Because of his relative youth (50) when he was killed, exceptional intelligence, and most unusual life, he became and is increasingly seen as a hero, an icon to many in Serbia. Not unlike Kennedy, having been killed early in his political life, his interrupted life allows everyone to build a plausible story of how things would have been much better had he stayed alive. Djindjic’s friend from high-school (gymnasium) and university Dragan Lakicevic has just written an excellent memoir on their friendship, entitled (with an obvious nod to Joyce) “A portrait of a politician as a young man”.

The book is very good and I would recommend it to all Serbian (Croatian) readers. But my intention here is not to discuss Djindjic’s life, but to highlight one small, incidental, feature of the book. Both Djindjic and Lakicevic studied philosophy at the graduate school in Frankfurt (in the early 1980s). They listened to many famous professors, Habermas being one of them. Djindjic succeeded, after being rudely turned down by Habermas’ secretary, to talk to Habermas himself by climbing up and jumping through the window of his office (and in the process seriously scaring Habermas). That’s how he managed to become a graduate student.

The author’s (Lakicevic) path to graduate education was somewhat less flamboyant, but it is his story that I find most interesting. Both Djindjic and Lakicevic were almost totally penniless, living on irregular and minute stipends, and surviving by doing odd jobs (from construction to night clubs and smuggling), mixing up with Yugoslav and Turkish gastarbeiters, and being treated by them or accidental women they seduced to dinners and drinks.

It is the contrast between the day life composed of philosophy lectures at a prestigious and orderly university, where professors appear exactly in time, give appointments one month in advance, deliver lectures on social contract, alienation, ontology, epistemology….where libraries are immense and quiet, books arrive quickly, carried by the silent helpers, and the world of the night –when our heroes return to their lair—that is striking.

The large rental building where they live is divided in tiny rooms that have only sinks, with shared bathrooms, where practically no tenant owns any furniture, and where in many rooms live five or six or seven illegal or legal workers (with their families) from Yugoslavia, Turkey, Morocco, Bangladesh, Nigeria. The tenants, Lakicevic writes, almost never greet each other: ashamed of their poverty they silently “like phantoms” cross each other if they happen to meet in front of the building.

But some apartments are an exception to this surly, beaten-up, docile and bitter crowd. These are the apartments where pimps arrange fake marriages between gastarbeiters and German prostitutes—marriages that, as in the US, allow illegal workers to become legal. Serious, middle-aged men, dressed in their best checker-patterned suits, and with white socks and shoes on their feet come to the pimps’ apartments where they choose among the prospective wives and agree on the price and duration of the marriage.

When the night is over, Lakicevic goes back to the world of learning where the discussion is about the best ways to organize a community, citizens’ rights and duties, working class and bourgeoisie, l’etre et le néant. But the world of the day and the world of the night have nothing in common. It is not solely that the people of the day and the people of the night have different interests and backgrounds. The two cannot be said, in any meaningful way, to belong to the same community. They are two worlds.

Naipaul saw the same duality between the whites and the enslaved and miserable African populations. In a beautiful passage he writes:

There was the world of the day; that was the white world. There was the world of the night; that was the African world, of spirits and magic and the true gods. And in that world, ragged men, humiliated by day, were transformed–in their own eyes, and in the eyes of their fellows–into kings, sorcerers, herbalists, men in touch with the true forces of the earth and possessed of complete power…To the outsider, to the slave-owner, the African night world might appear a mimic worlds, a child’s world, a carnival. But to the African… it was the true world: it turned white men to phantoms and plantation life to an illusion. (“The Crocodiles of Yamoussoukro”, p. 280).

I saw myself too, although in much less dramatic ways, the gaping distance between the two worlds during the Indignados’ demonstrations in Spain. The demonstrations started in 2011 at Puerta del Sol, one evening in March, not more than 100 meters from the apartment where I then lived. The demonstrations continued for days spreading to the rest of Spain. Many people have commented how passionate and well-behaved were the young people who took over the streets of Spanish cities. And indeed I have frequently seen them in the evenings and even late in warm Spanish nights, sitting in small circles, as in agoras, discussing, raising their hands, voting on different proposals.

But what went unmentioned were the people at the edges of these exercises in direct democracy. They were not the police, or Guardia Civil. They were hundreds of Africans to whom the assemblies of so many people in one place provided new business opportunities: selling bottled water, chewing gums, fruits, fake Vuitton bags and Rolex watches. Their activity, always present at Puerta del Sol and the neighboring streets, now skyrocketed. There were more and more of them and they were selling more stuff. The police which refrained from intervening against the Spanish youth could not move in force against the Africans. So the business flourished.

But the striking thing was the enormous chasm between these two worlds of the young—people of the same age. (I think that the young Spaniards, by and large, did not even notice the young Africans; they must have looked to them like the stage extras.) While one group discussed Habermas and Bauman, the other group, probably unaware even of what the whole fuss was about, saw this human agglomeration as an opportunity to add a few more euros to their miserable incomes.

Were they part of the same community? Not at all. Like in the German case from the 1980s, the Spanish case of 2011, illustrates the immense distance between those who are members of a community and those who are not.

The (difficult) task of Europe will be to integrate these two groups. But as the examples also show, little has changed in thirty years, and it is not easy to expect that things will get better in the next thirty years. Can two different communities, composed of citizens and meteques, coexist forever?

Interesting to note is that the responsibility for CO2 emissions is in a relatively similar relationship. Michael Roberts is an Economist in the City of London and a prolific blogger Cross-posted from Michael Roberts Blog […]

To understand the rise of the League and 5 Star Movement, look at economic indicators Walter Paternesi Meloni   is as Post-Doctoral Research Fellow in Economics at Roma Tre University Antonella Stirati  is Professor of Economics, […]