Western credits, created a powerful combustion that, rather quickly (within less than a decade), and broke the back of communism. 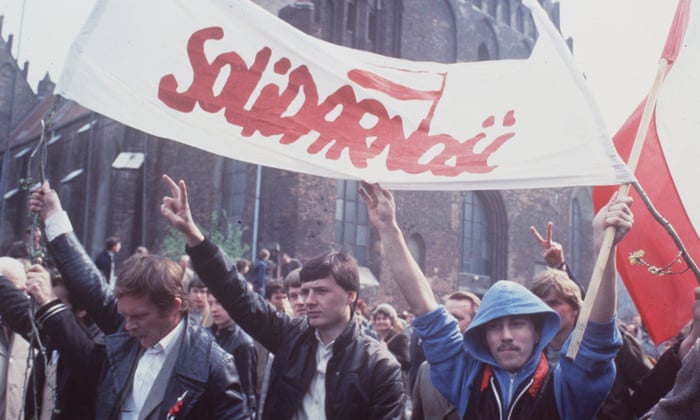 In an excellent book “How China Escaped Shock Therapy” at whose launch I was one of the discussants (together with Jamie Galbraith and Bin Wong) Isabella Weber discusses, among other things, how China escaped shock therapy and the Big Bang, and created, or stumbled upon, its own way to economic growth.

Weber mentions only in passing that China also escaped another possible calamity: the debt trap. That threat loomed around 1978 when Hua Guofeng wanted to relaunch the economy by using the East European approach to economic growth. Weber writes about the Chinese economic delegations that went to Hungary and Yugoslavia in 1988 to discuss the experience of reforms in these two countries; they came back with a fairly negative assessment, based on anemic growth performance and high inflation in these countries. But, I surmise, they might have also come back with a cautionary tale of not falling into the debt trap.

Thus it is worth surveying more closely how Yugoslavia, Romania, Poland, and Hungary, all independently engaged in the 1970s, after the oil shock and when the petro-dollars were plentiful, into large-scale borrowing from both public and private sources in the West. The borrowing responded to the desire to accelerate growth, the process that also motivated economic reforms in Yugoslavia in 1965, Hungary in 1968, and change of government in Poland in 1970 after the Gdansk riots. The idea the reformers had in mind was to borrow from the West, use the funds to build either import-substitution industries (as was indeed done in most of the world those days), or hard-currency-earning export-oriented production. In either case, they hoped, borrowings would pay  for itself. Countries would either save money they were spending on hard-currency imports by producing the “stuff” at home, or they would became exporters to the West. (Poland had its programme under Gierek most clearly defined.)

In addition, borrowing was politically preferable to trying to lure foreign (Western) investors. When you borrow, you obviously retain full control over the use of such money; one can choose to fulfil other objectives like to help development of poorer regions, to garner political support, or even to use the funds for consumption. With foreign investors, one is limited to accept what they like.

That logic led, as is well known, all socialist countries into impasse. Their investments were inefficient, new companies became a burden. (There is a very nice book on the most wasteful Yugoslav investments of the period, published in 1990, that I read then and still keep on my shelf. It is called, in English translation, “Among the ruins of wasted investments” by Ratko Bošković). Thus, the rate of return on the money borrowed was lower than the rate of interest countries were paying on their Western loans. It is not impossible, I think, that the rate of return might have even been negative. In any case, it means that all socialist countries that went on a borrowing spree in the seventies, suddenly had, when the US and world interest rates increased following the Volcker shock, to transfer significant percentage of their GDP abroad.

(Volcker, it could be argued, thus ended socialism in these countries. Of course, this is a somewhat facetious comment—because what ended socialism was, among other things, that investments were inefficient. The Volcker shock just made that plain.)

The inability to service debt manifested itself in different, but related ways. In Yugoslavia, it led to massive borrowing from the IMF. The IMF loan to Yugoslavia in 1981 was the largest loan that the IMF had even given by that point in time. This, to a country of 20 million people! But Yugoslavia was strategically important for the West. (One needs to remember that the loan came at the height of the Cold War tensions, about a year after the invasion of Afghanistan which made the strategic importance of Yugoslavia even greater. The West always thought that the Soviets are preying on Yugoslavia to bring it back into the fold.) Although the West was not willing to forgive the previous commercial loans, it was willing to help (or “help”) by opening the IMF spigots.Yugoslavia never succeeded to get out of the “debt trap”, and by mid-1980s, hyperinflation and high youth unemployment, together with the unsolvable Kosovo issue, moved the attention of the political elites toward nationalism. But there is, I think, little doubt that the economic catastrophe of the 1980s paved the way to it.

In Poland, the balance-of-payment crisis led to the attempts to impose austerity, which under conditions of perennially restless working class, created “Solidarity”, and brought in yet another change in government. (Gierek fell on the same test that brought him to power in 1970.) Poland imposed martial law in December 1981 and defaulted to the Paris Club. Although Poland was by then member of the IMF and the World Bank it received no support from either of them. Technically, absence of lending was explained by its default status—but of course the true reason was political. The US was not going to bail out a communist regime that had just imposed a state of emergency, and banned a ten-million strong anti-communist union. In 1988, Poland tried another austerity programme (“The price and income operation”) which was not very different from the Balcerowicz program a year later. But it foundered on the workers’ unwillingness to accept wage cuts. The Round Table talks were supposed to solve the impasse, and they did by (rather unexpectedly) replacing communist party in the government, opening the way to the rescheduling of the Polish debt, and to the implementation of the Balcerowicz program.

In Romania, the debt crisis led to Ceausescu deciding to go on a crash course of foreign debt repayment—in order to forever be rid of foreign economic meddling. He imposed incredibly austere measures, including draconian cuts in electricity, reduction in the availability of food etc. In 1989, Ceausescu cut a lonely figure in Europe and was overthrown in a coup.

Hungary limped along with low growth and permanent balance of payment issues, without even being in default, or even rescheduling its debt. (Some Hungarians used to complain that, after 1989, Poland got some 65% of its debt forgiven, while Hungary had to pay back everything). The change of regime ensued in Hungary as well.

China, however, avoided all of this, perhaps by sheer luck of being a late reformer and seeing where borrowing without a change in the structure of economic governance led. It escaped the Big Bang too, having come, as Weber details, three times within the hair’s breath to implementing it. Unlike the crackdown in Poland which left Jaruzelski in a limbo, the 1989 Tiananmen violence ironically shifted the energies away from political change into economic development. When Deng made his famous “Southern tour” in 1992 (which he made as, technically, a private citizen) China was ready to embrace the other way: to attract foreign and diaspora investments, to acquire foreign technology, and to emulate the East Asian “miracle” economies.

The story told here is important for two reasons. First, in understanding the sources of Chinese success that were not planned, but the product of a number of serendipitous developments. Second, to make us understand that the main impetus behind the fall of communist regimes was economic. Western political scientists love to write about “freedom” and “the spirit of 1989” etc. They often do not know much about communist economics, nor do they have a grasp about how inefficient economies, and a desire to reform them using Western credits, created a powerful combustion that, rather quickly (within less than a decade), broke the back of communism.

Why an economic recession is imminent Michael Roberts is an Economist in the City of London and a prolific blogger Cross-posted from Michael Roberts’s Blog Photo: Bijay chaurasia Wikimedia Commons, License CC-BY-SA 4.0 The inflation rate for […]

In his article Michael Jacobs proposes measires for a new industrial strategy for Britain. Michael Jacobs is Director of the IPPR Commission on Economic Justice Cross-posted from Prime Economics   Within hours of becoming Prime Minister last year, […]

What lies behind Germany’s self-declared V-Recovery? Mathew D. Rose is an Investigative Journalist specialised in Organised Political Crime in Germany and an editor of BRAVE NEW EUROPE. On 26 August the German government gave up […]