Fighting for the Rule of Law in Austria

Cross-posted from the Verfassungsblog 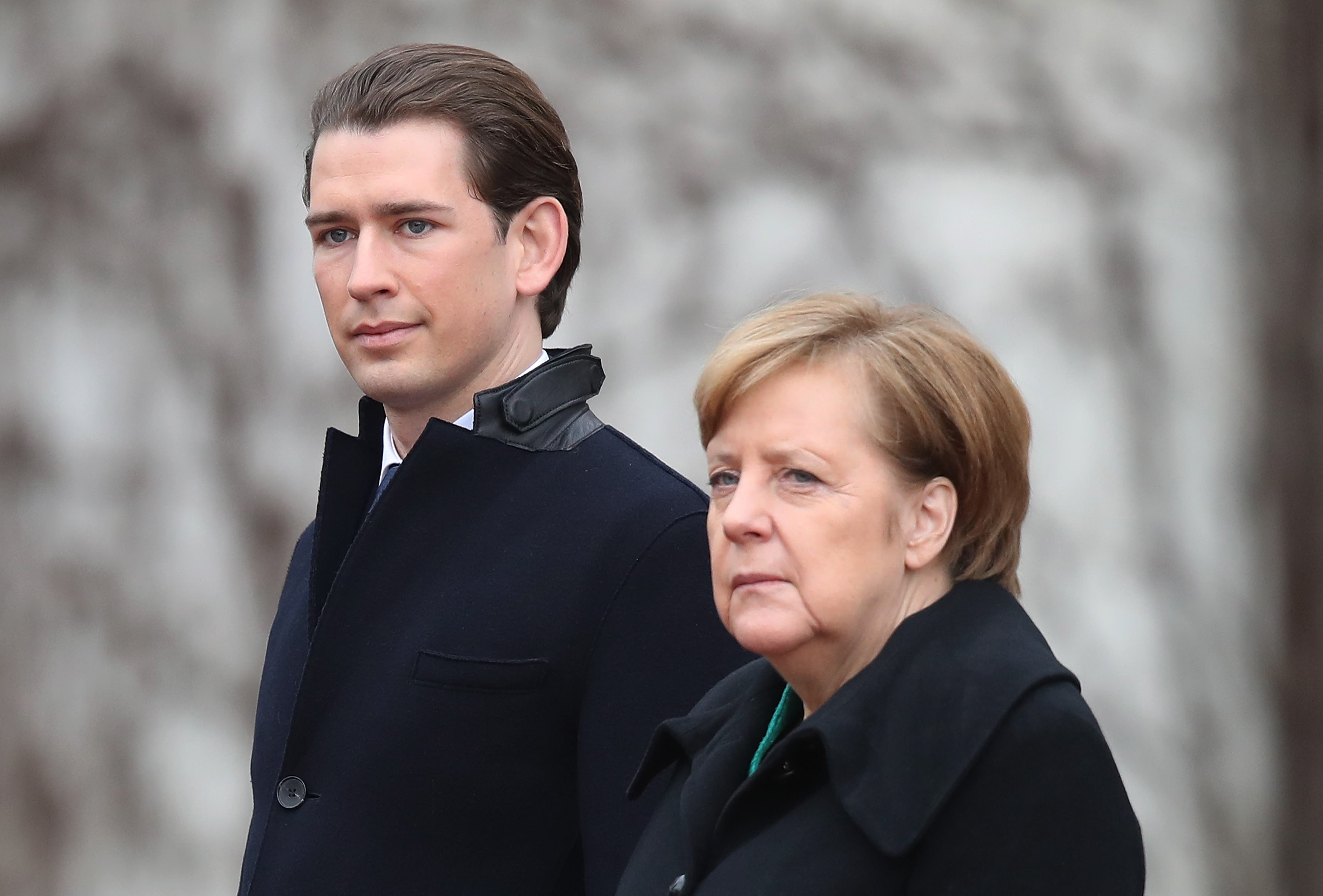 The Kurz government has been involved in a series of scandals, culminating on 12 May with the Chancellor becoming subject of a formal investigation for allegedly providing false testimony before Parliament. In attempts to cover up the governments’ involvement in the various scandals, the rule of law has certainly been challenged in Austria. However, so far, the Austrian Rechtsstaat prevailed.

Criminal Investigations against the Head of Government

On 12 May 2021, the Austrian Chancellor, Sebastian Kurz, revealed that the Public Prosecutor’s Office for Combating Economic Crimes and Corruption had declared him to be the subject of a formal investigation. The Chancellor is suspected of having provided false testimony to the Parliamentary Committee of Inquiry looking into supposed corruption in the Austrian Government between 2017 and 2019 (known as Kurz I, a coalition between the Conservative Party “ÖVP” and the right-wing populist Freedom Party “FPÖ”). The scandal revolves around the appointment of Thomas Schmid as the CEO of Austria Holding (ÖBAG, a state holding company of major infrastructure firms). Mr Schmid was a personal friend and party colleague of the Minister of Finance and the Chancellor, and text messages between him and Mr Kurz seen by the Public Prosecutor seem to suggest that the Chancellor was involved in the informal process of his friend’s appointment. The Chancellor, however, told the parliamentary committee that he was not involved but only informed.

While the facts sound rather complicated, the basic issue involved is simple enough. There were accusations of corruption and cronyism, which were reviewed by a parliamentary committee, and the Chancellor, while being interviewed by the committee, is suspected of having lied. Chancellor Kurz is the first Austrian Chancellor in Austria to be formally charged in this way. He argues that he always tried to give the best possible answer and he cannot believe to be sentenced. The full story is extremely complex, but merits a closer look, since it is no exaggeration to say that the constitutional principle of the rule of law is at stake. That this situation should have occurred is the result of a decline in Austria’s constitutional culture.

From the Ibiza Scandal to the Cronyism of the Conservative Party

In 2019, the Austrian political landscape was shaken by the so-called Ibiza affair, when Heinz-Christian Strache, the Vice-Chancellor from the Freedom Party, was duped into making drunken statements that revealed fantasies on corruption and authoritarian control of the media and public. The Vice-Chancellor infamously stated, for example, that Novomatic, Austria´s biggest private gambling company, “pays off everybody”. Strache was widely denounced and, as a consequence of the Ibiza affair, Chancellor Kurz was voted out of office following a parliamentary vote of no-confidence. Though Kurz was not involved in the Ibiza scandal, it is noteworthy that five hard drives from the Kurz office were destroyed shortly after the video became public, a fact which was revealed only by chance (Shredder Scandal).

The dissolution of the Kurz I government triggered a governmental crisis and Austria was led by an interim government of experts until new elections restored Sebastian Kurz to power as Chancellor (in a coalition government with the Green Party known as Kurz II). Following the 2019 elections, opposition parties established a parliamentary committee of inquiry (the so-called “Ibiza committee”) at the beginning of 2020, which was tasked with examining the cronyism and corruption of the Kurz I government. The parliamentary committee focused particularly on the enforcement of the Austrian Gambling Act, the influence exerted on the Casinos Austria Company, the re-structuring of the Financial Market Authority and the governmental appointment of board members in state-affiliated companies.

One of the reasons why parliamentary committees of inquiry are so important in Austria is that the country is still lacking a Freedom of Information (FOI) Act, as a result of which transparency has long been a controversial issue. Although a new draft bill is pending, it remains unclear if this new attempt to establish the Act will be successful. Thus, instead of a formal FOI approach, which Austria has failed to establish over the last decades, an informal leaking culture has developed, with internal information made public through the channels of daily newspapers and media companies.

Parallel to the parliamentary committee of inquiry (which gathers information on behalf of Parliament and the public and calls for political accountability) the Public Prosecutor´s Office for Combating Economic Crimes and Corruption is in charge of investigating such cases for evidence of corruption. Both institutions were therefore involved in trying to clarify what had happened in this particular instance.

Both the Public Prosecutor’s Office and the parliamentary committee looked into the Casinos affair, which concerns the appointment of a Freedom Party-affiliated local politician as CFO of the 33 percent state-owned Casinos Austria Company, despite the man in question having no relevant experience. These investigations led to police, in August 2019, searching the house of the CEO of Novomatic and, in November 2019, those of the former Minister of Finance, Casinos Austria board members and the former head of cabinet in the Ministry of Finance, Thomas Schmid, who is now the CEO of the Austria Holding company. The Public Prosecutor´s Office seized Mr. Schmid’s mobile phone and systematically analysed the immense amount of data it contained (more than 300,000 text messages).

In keeping with its mandate, the parliamentary committee also started to investigate Mr  Schmid’s appointment as CEO of Austria Holding. Chancellor Kurz and the Minister of Finance Gernot Blümel were questioned about this in June 2020, but did not seem very helpful and frequently declared during the inquiry that they could not remember what had happened. They described the tone of this non-public inquiry as hostile and aggressive (on the part of the opposition parties), though the opposition parties accused them in return of being uncooperative. The Chancellor claimed that his involvement in the informal process before the appointment of Mr Schmid as CEO of Austria Holding was negligible. The parliamentary committee subsequently obtained information from the Public Prosecutor´s Office and details of the Chancellor’s involvement became known in 2021, long after his testimony before the committee in June 2020.

After the Novomatic CEO’s house was searched, further investigations were considered necessary by the Public Prosecutor´s Office, since Blümel had been in close contact with Novomatic in 2017. Blümel was one of the Chancellor’s closest confidants, and was a minister in the first Kurz government, while he has been Minister of Finance in the second Kurz government since 2020. In February 2021, when being officially questioned by the Public Prosecutor’s Office, Blümel invited the authorities to search his home (before a formal house search could be carried out). His laptop, however, was missing; he claimed that his wife had taken it on a stroll with their baby. The laptop was handed over an hour later by the head of his cabinet.

The parliamentary committee faced difficulties in its investigations in several regards, but received support from the Austrian Constitutional Court. Right at the beginning, a dispute arose regarding the scope of what was being investigated. The Austrian Constitutional Court, however, rejected the governmental reasoning and declared a resolution to restrict the investigation to be inadmissible.

The President of the National Council, Wolfgang Sobotka, is also the chairperson of the parliamentary committee of inquiry. A conservative, and a political ally of Chancellor Kurz, he was accused of bias. The President of the National Council is also head of a private conservative institute which received donations from the Novomatic gambling company which was at the centre of the investigations. However, he refused to step down as chairperson of the committee of inquiry. In discussions about the Chancellor’s alleged false testimony in May 2021, this very same chairperson questioned the duty of truthfulness in the parliamentary committee. The abolishment of the duty of truthfulness was broadly rejected, however, as it would have made a mockery of the parliamentary committee.

Ignoring the Judgments of the Austrian Constitutional Court

As the Minister of Finance was not willing to provide the necessary information, the parliamentary committee applied to the Austrian Constitutional Court to rule on the matter and, in March 2021, the Court confirmed the constitutional obligation to hand it over. The Minister of Finance failed to give any reason why the required information might not be relevant for the parliamentary inquiry and did not deliver it until May 2021. For the first time in Austrian history, the Austrian Constitutional Court (ACC) started execution proceedings and applied to the President of the Federal Republic to execute the judgement, upon which the President publicly ordered the Minister of Finance to comply with the Constitutional Court’s judgement. On the very same day, the Minister sent 65,000 pages of printed and prepared information to the parliamentary committee. Looking through these pages was complicated for the committee members by the fact that their classification as “secret” prohibited digital access and the data could only be accessed in a special room, along with further restrictions.

The opposition parties attempted to get the ACC to investigate the activities of the Ministry of Finance for a potential constitutional breach. Since such an impeachment procedure requires a majority backing in the first parliamentary chamber, however, and the governmental majority blocked the application, the constitutional accountability could not be reviewed by the Court.

In conclusion, it is obvious that the government strategically impeded attempts by the parliamentary committee of inquiry to identify the role of the Conservative Party in the relevant scandals. Although the privacy of the staff was a legitimate concern, the ACC clearly decided in favour of the parliamentary committee of inquiry in this regard. The compliance of the Minister of Finance was only forthcoming after the ACC involved the Federal President to execute its judgement. The investigations by the Public Prosecutor’s Office will now identify if the Chancellor’s testimony before the parliamentary committee did actually amount to perjury. The rule of law has certainly been challenged in Austria, but has so far managed to come out on top.

We are currently following the policy of a failed programme to stop inflation. Inflation stopped, but the economy was trashed. Steve Keen is a Distinguished Research Fellow, Institute for Strategy, Resilience & Security, UCL Cross-posted […]

Michael Hudson – USA: In a Struggle Between Oligarchy and Democracy, Something Must Give

Again, outside of our remit, but we thought after all the rubbish Europeans are being fed by corporate media concerning the US elections, we would provide a different perspective. Michael Hudson is an American economist, […]

David Miller – We must resist Israel’s war on British universities

In the recent past we have seen one upstanding leftist with a distinguished history of fighting racism, fascism, yes even anti-Semitism being attacked as anti-Semitic, such as Jeremy Corbyn, Ken Loach, and the Jewish poet […]