Difficulties of import substitution and delocalization

You can read Part 1, “The short-term” Here 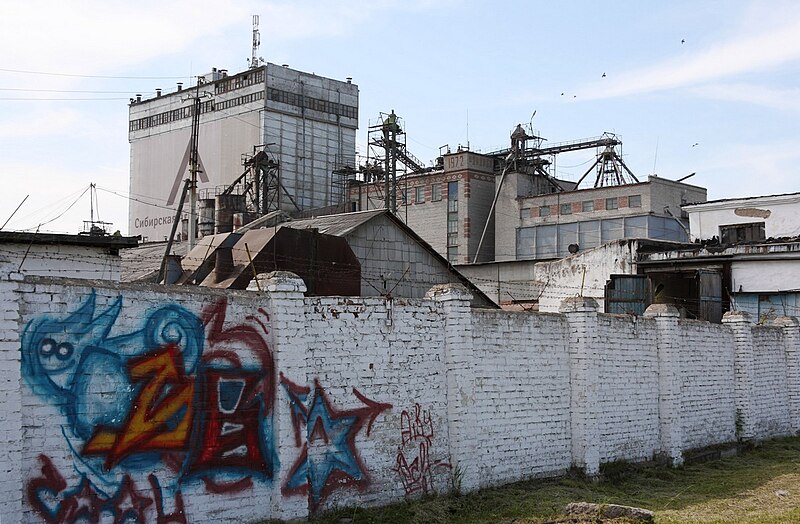 When we look at Russia’s long-term economic prospects, it is also useful to begin with some assumptions and to look at historical examples. We can make two assumptions. First, that the current Russian regime, in one form or another, might continue for some ten to twenty years.

Second, we can assume that American and Western sanctions will continue throughout the entre period of say, 50 years that we consider here. The arguments for this are as follows. US sanctions once imposed are extraordinary difficult to lift. As of today, there are already 6,000 various Western sanctions imposed against Russia which is more than the sum of sanctions in existence against Iran, Syria and North Korea put together. History shows that US sanctions can last almost without any time limit: sanctions on Cuba are more than 60 years old, on Iran, more than 40 years old, and even the sanctions on the USSR (e.g. the Jackson-Vanik amendment) that were imposed for one reason continued on the books during twenty years after the end of the USSR even after the original reason that led to sanctions (Jewish migration) had entirely disappeared.

When the post-Putin government tries to have sanctions lifted, it will be faced by a such a list of concessions that would be politically impossible to satisfy. Thus, sanctions, perhaps not in the exactly the same form, may be expected to last for the entire duration of what we call the long-term here (50 years).

It seems obvious then that Russian long-term economic policy will have to follow two objectives: import substitution, and the shift of the economic activity away from Europe towards Asia. While these objectives are, I think, clear the realization will be extremely difficult.

As before, consider the historical precedents. Soviet industrialization can be seen as an attempt to substitute imports by creating a strong domestic industrial base. That process however was based on two elements that would be missing in Russia’s future.

First, Soviet access to Western technology that was at the origin of most large Soviet complexes like the Krivoy Rog  and the largest factory of tractors in the world in Tsaritsyn (later Stalingrad). The surplus extracted through collectivization, and hunger and death of millions, and even the gold taken from Orthodox churches, were used to purchase Western technology. There was never any doubt among the Bolsheviks, from Lenin to Trotsky to Stalin to Bukharin, that for the USSR to develop, it had to industrialize and to do so it needs to import technology from the more developed countries. (That conscience of relative underdevelopment of Russia was extremely strong among all Russian Marxists who were all modernizers.) The ability to import similarly advanced Western technology that could provide the basis for downstream import substitution, will not exist under the regime of sanctions. Therefore such technology would have to be invented locally.

There is, however, a huge temporal break. Had anyone proposed import substitution approach in the 1990s, it would have been difficult to implement but not impossible: the USSR (and Russia) had at that time a broad industrial base (production of airplanes, cars, white goods; largest producer of steel etc.). The sector was not internationally competitive but, it could have been improved, and with right investments made competitive,. But most of these industrial complexes have in the meantime been privatized and liquidated, and whatever was not, is technologically obsolete. In thirty years after the beginning of the “transition”, Russia has not been able to develop any technologically advanced industry except in the military area.

Take the example of passenger airplanes. In 1970s, USSR was certainly ahead of Brazil, and even of ahead of Europe that began developing Airbus only in 1972. But that industry was destroyed during the transition, and the only remnant of it is Sukhoi Superjet that is currently used by several Russian airline companies but has not been sold (almost) anywhere else in the world. In contrast, Brazilian Embraer operates in 60 countries.

Doing import substitutions in conditions where both the base of such substitution will have to be recreated and then new industries created without much (or any) input through investments from the more advanced parts of the world is almost impossible to do. This is the problem that China was able to solve only after a dramatic foreign policy shift in the mid-1970s. But that option, by definition, will be unavailable to Russia.

The second factor underpinning Soviet industrialization was the increase in the labour force. It came from the supply of the surplus agricultural labour, increased overall population, and very important, from the improving level of education. The USSR in the 1930s used to produce annually hundreds of thousands of various types of engineers, scientists, doctors etc. None of these elements will hold in the next half-century. The Russian population is urbanized, shrinking in size, and is well-educated. Hence gains cannot come from any of the three sources that were used in the 1930s.

Of course, highly educated labour force is a plus. But that labour, in order to produce its maximum, needs also to work with top technology. If top technology is unavailable (for the reasons explained above), highly educated labour will be wasted. Due to the shrinking population, even the overall pool of such labour will every year be smaller. Since it will not find adequate use and adequate pay in Russia it will tend to emigrate thus further shrinking the available number of highly skilled workers. It is not impossible that Russia might return to the Soviet policy of not allowing free migration—now under the pressure of economic factors. It was precisely the outflow of highly qualified workers that led East Germany to erect the Berlin Wall.

We can thus conclude that factors that made import substitution feasible in the 1930s and 1950s in the Soviet Union will not work in tomorrow’s Russia.

What are the prospect of shifting the centre of gravity of the economic life from West to East? Technically, one can imagine a new type of Peter the Great move where Russia opens not a window on Europe (what St Petersburg was supposed to be) but a window on East Asia, by, for example, moving its capital to Vladivostok and trying to shift as much as possible of economic and bureaucratic life, together with the population East. If things could be moved by a decree, such a shift could even be arguably seen as quite reasonable. East Asia is, and will remain, the fastest growing part of the world. Leaving Europe, which in many ways is also a declining continent, could be seen as a right move. Russia is, with the United States, the only country in the world that can make such a radical move; for others, geography is much more of a destiny. Politically too, Russia is unlikely to be exposed to sanctions and political pressures by China, India, Vietnam or Indonesia in the same way as it is by UK, France and Germany. Finally, a Pacific vocation could be seen as a replay of the American thrust to open the new frontier a century and half ago. Climate change might also help by making the Northern Russian territories more habitable.

How feasible is such a change? It would require massive investments in infrastructure, including much better communication between the two far-flung parts of Russia: the flight from Moscow to Vladivostok takes almost 10 hours and the train ride more than a week. Developing new cities along the way, expanding the existing ones etc. does not only require investments that a shrinking Russian economy cannot provide. It would also require creation of new jobs in such cities, the only thing that could attract the population to move from the European to the Asian Russia. The Soviet Union tried to do so by opening many Northern outposts in Siberia, paying workers higher salaries to move there, and did have some limited success. These towns and settlements have almost all died in the past thirty years though. It is difficult to see how such a massive shift of activity can be accomplished without huge investments and indeed some comprehensive urban and production planning.

Both policies, namely import substitution and shift towards the East, will therefore meet with almost insuperable obstacles. It does not mean that they cannot be undertaken; some of them will be done, by necessity: Russian softwares will have to be produced to replace the 95% of western-origin software that is currently used in automated Russian companies (Russian newspaper sources). Closer economic ties with China would also imply some movement of companies and people East. A Siberian or a Pacific city can become the second capital (as Ankara did in Turkey). But a significant success in either of these two domains seems—the best that can be seen from today’s perspective—simply unreachable.

So what happens then? As I mentioned several years ago in the introduction to the translation of my “Global inequality” in Russian, the future of the Eurasian continent looks very much like its past: the maritime areas along the Atlantic and the Pacific coasts will be fairly rich, much better-off that the significant large continental areas in the middle. The opens up the question of how politically viable will be such an uneven distribution of economic activity: will migrations, or political reconfigurations “solve” such disequilibria?

Real and Fictitious Capital: The COVID stock market euphoria Michael Roberts is an Economist in the City of London and a prolific blogger Cross-posted from Michael Roberts’ Blog During the year of the COVID, output, investment, and […]

In this article, Chantal Mouffe, philosopher, professor at the University of Westminster and theoretician of left-wing populism, proffers an analysis of the strategy of Jeremy Corbyn, a strategy which seeks to transform the internal dynamics […]