In economic analysis, preferences are usually assumed to be fixed. This article analyses the impacts of climate mitigation policies when preferences can change. It argues that carbon taxes can change climate preferences by affecting social norms and influencing preferences in social networks. 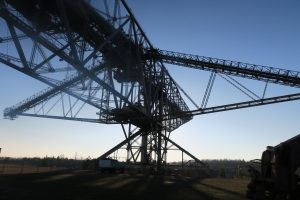 Changes in preferences can increase the effectiveness of a carbon tax by 38%. Ultimately, the implementation of instruments complementary to pricing that affect preferences should be part of the toolkit used in formal economic analysis.

Consider a policymaker aware that a growing share of young people in Western countries choose to be vegetarians. How should she integrate this information into her way of thinking about climate policy? A look at conventional economic analyses might puzzle her. Economic agents are either modelled as updating beliefs about their consumption options, such as the consequences on the environment or their own health: they simply learn new facts. Or they change their habits, understood as making choices mindlessly. Economists rarely assume that people revise their preferences because their underlying values change.

With regards to climate change, economists have correctly pointed out the need for economic regulation (Klenert and Hepburn 2018, Klenert and Fleurbaey 2021). However, current economic policies are insufficient for achieving the world’s climate targets. Environmentalists stress the need for voluntary action by consumers to decrease their carbon footprint. This suggests that the transition to net-zero is more likely to succeed if values change. However, this perspective is very different from how economists typically describe the transition to a net-zero carbon society.

Economic analysis assumes people have fixed preferences for their current lifestyle. Avoiding certain consumption items and shifting towards more sustainable alternatives therefore comes at a welfare cost. A carbon tax would reduce welfare if environmental benefits are not considered. For instance, policies aimed at reducing meat consumption could reduce welfare if people have a strong and unchanging taste for meat.

Research in behavioural economics, however, has shown that choices cannot be fully explained by stable preferences and behavioural biases, but that the social environment affects agents’ decisions. Changes in values and culture can drive long-lasting changes in behaviour. Smoking and recycling are but two examples for how attitudes have significantly changed in recent times (Nyborg et al. 2016).

A tax can change the preferences through different channels. Bowles and Polania-Reyes (2012) show that taxes alter the social environment in which agents form their preferences. In environmental policy, large feebate schemes for low-carbon transport can increase its attractiveness through a social norm, while reducing the intrinsic motivation for environmentally responsible behaviour (Hilton et al. 2014). Furthermore, conspicuous peer behaviour influences some consumption decisions such as energy conservation, or adoption of renewable energy technologies.

Can formal economic analysis be carried out when preferences are treated as endogenous?

In two recent publications, we examine climate mitigation policy assuming that policies can change the preferences. In Mattauch et al. (2022), a study in collaboration with Nicolas Stern of the 2006 Stern-Report on the Economics of Climate Change, we model a consumption decision between two goods: low-carbon and high-carbon. We assume that policy instruments such as taxes or infrastructure programs also change preferences – whether it is intended or not– and represent such effects as shifting utility curves, in addition to shifting relative prices (Figure 1). We prove that the tax level to reach a climate target needs to be adjusted when it influences consumers to like low-carbon goods more (or less). We also establish that the value of investing in low-carbon infrastructure is higher when that infrastructure leads to a shift to low-carbon preferences. For example, citizens growing up in easily bikeable cities might like low-carbon transport options more.

Figure 1 Simple microeconomics of a shift towards less polluting consumption Notes: Adapted from Mattauch et al. (2022). Higher consumption of the clean good, C, can be achieved by changing its (relative) price p or shifting the utility curve, or both.

In Konc et al. (2021), we model consumers as socially embedded agents, who form their preferences under the influence of peers. Using a framework similar to Mattauch et al. (2022), we show that a carbon tax has two types of effects. A first-order or immediate effect is a reduction in carbon-intensive consumption, through the usual price effect. A second-order or subsequent effect is a change in preferences due to consumption changes in the social network. Since preferences in social networks are interdependent, the effects of taxation are enhanced by a social multiplier. Using calibrated simulations, we estimate that the changes in preferences increase the effectiveness of a carbon tax by 38% (Figure 2). This means that a tax designed to achieve a certain emissions target can be lowered due to the social multiplier effect. So far, we have shown that it is possible to model the influence of policies on preferences. However, this does not settle the question of whether it is a good idea. After all, a long tradition in economic analysis has treated preferences as exogeneous. This position is often defended on the grounds that policies would otherwise become ‘paternalistic’. After all, evaluating policy-driven preference changes often forces societies and their institutions to take a stand on which preferences are more desirable – the old or the new ones. Our short general answer to this objection is: If society does not debate how preferences are formed and exerts explicit democratic control over decisions that influence them, preferences are at risk of developing without clarity about what is at stake. This could result in preferences being shaped to benefit special interest groups rather than society as a whole (Bowles 2016, Hoff and Stiglitz 2016). For most social scientists and public policy experts outside of economics, the issue of how values should be changed is already of great concern. And even in welfare economics, recent contributions pioneer several precise ways of conducting welfare analysis with endogenous preferences, with differing conclusions (Fleurbaey and Tadenuma 2014, Mattauch and Hepburn 2016, von Weizsäcker 2005).

For the future of policy advice on climate, our work aligns with a chapter in the most recent assessment of the Intergovernmental Panel on Climate Change: demand-side measures could reduce carbon emissions by 40-70% (IPCC 2022: Chapter 5).  A growing body of research examines how avoiding emission-intensive behaviours or adopting lower-impact behaviours (such as consuming animal-free protein) could be encouraged by public policy (Creutzig et al. 2022). The implementation of instruments complementary to pricing that modify the preference formation process can increase welfare after all. Whether economists like it or not, research in social science on how to deliver a net-zero carbon economy will continue to examine how preferences change. To us, economics should be part of that agenda and contribute to it with its sharp tools of formal analysis and quantification of welfare effects.

Both Greece and Ireland suffered substantially during the Eurozone crisis, but the two countries’ treatment by the ‘Troika’ of the IMF, European Central Bank and European Commission was strikingly different. Drawing on new research, they […]

Dean Baker – We Don’t Need a Cold War with China

The US has been manouvering in preperation for a trade war with China. Dean Baker’s thoughts on this Dean Baker is a Senior Economist at the Center for Economic and Policy Research (CEPR) Cross-posted from […]

Nature and technology can combine to help farms of the future nourish the earth and its inhabitants.SimplyDay/Shutterstock Karen Rial-Lovera, Nottingham Trent University Intensive agriculture may be nourishing most of the Earth’s inhabitants, but it’s doing […]