I will consider in two parts what seem to me the short-term and long-term prospects for the Russian economy.

You can read Part 2, “The long-term” Here 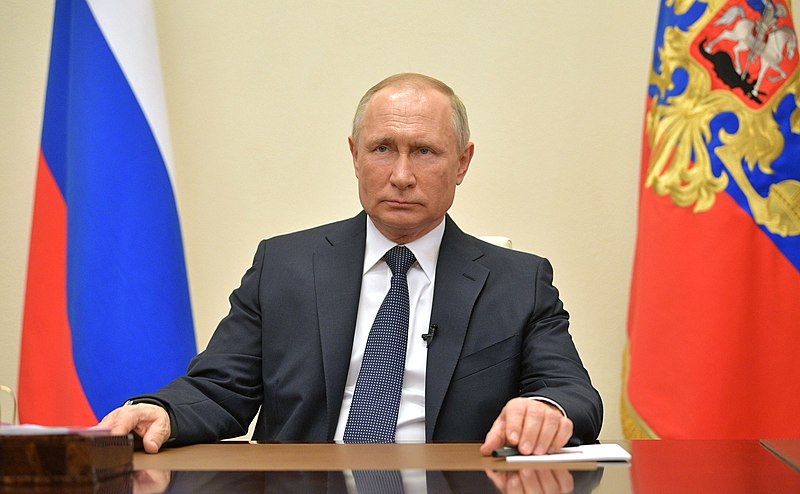 I begin with the short term. It is based on the assumption that the shooting war in Ukraine ends within months (that is, that it does not continue at its current intensity for years) and that there are no drastic internal changes in Russia, in the form of a coup, revolution etc.

To answer the question of the short-term effects, it is useful to go through some history for which, unfortunately, Russia, thanks to its circular economic history, provides several examples. The most calamitous declines in income in the past 100 years occurred during the later stages of the First World War and the ensuing Civil War, as well as during the transition to capitalism in the 1990s. (Enormous decline in GDP, and especially consumption, happened also during the Second World War but they are more difficult to interpret.)

Between 1917 and 1922, Russian GDP was halved (all numbers given here are in real terms, i.e., adjusted for inflation); the industrial output in 1921 was 18% of the pre-War level; the agricultural production was 62% of the pre-War level. (The data are from Kritsman, 1926, quoted in Pipes, 1990; and from Block 1976; see also chapter 1 of my “Income, inequality and poverty during the transition from planned economy”). During the transition episode, Russian GDP per capita decreased between 1987 and 1995 by almost 40% (much greater decline than during the Great Depression in the United States). The greatest one-year decline was in 1992 (16 percent), followed by the next two years of respectively 8 and 13 percent. (The data are from the World Bank.)

We can also take the third example of the 1998-99 financial crisis and the Russia’s default on government debt. In 1998, Russian GDP went down by 5 percent. The financial crisis and the general disorder of 1998-99 probably led Yeltsin to the realization that he could no longer control the Russian society and the economy: in a quick succession he appointed several Prime Ministers (all of them in one way or another linked to KGB—seemingly realizing than no one else could salvage the situation), and the rigmarole ended with Putin’s appointment on 31 December 1999. This opened to Putin the venues of being elected president after Yeltsin’s early resignation (Yeltsin’s term would have normally ended in June 2000).

The 1920s Civil War (obviously) and the transition were both greater economic shocks that the current one. The period of the early 1990s involved a wholesale change in the way enterprises functioned, the break-up of almost all economic ties with other Soviet republics, privatization, government’s inability to implement policies, and corruption on an epic scale. Today’s sanctions, however onerous for the economic activity, are unlikely to have the same impact in the short-run. But they would certainly have much more of an impact than the 1998-99 financial crisis. One can thus, very roughly, put the expected decline in 2022—23 at high single digits, or low double digits: it is not going to be as sharp as in 1992, nor as (relatively) mild as in 1998.

It is of course unclear how the costs of the decline will be distributed. Russian government has recently introduced a new, more favourable, indexation of pensions (30% of Russia’s population are pensioners) but it is doubtful that, under the new conditions, it would be able to delivers that policy. The same is true for greater income-tested child benefits, voted in by the Duma. The withdrawal of many foreign firms, de facto embargo on a number of imports, and surely a decline in foreign and domestic investments, will increase unemployment. Currently, Russian unemployment is low, but it could go back to 7-8% or more, as it was in the 1990s. Russian safety net is simply not institutionally nor financially strong enough to maintain these people’s incomes at a reasonable level. The institutional weaknesses were revealed by the effects of covid: the total number of registered covid deaths was 360,000 and Russian excess deaths are, according to some estimates, among the highest in the world. One can compare these results with those of China, which had 4,600 registered covid-related deaths, i.e. about 1% of Russia’s, with a population almost ten times as big as Russia’s.

Inflation that will accompany the fall in the rouble will also affect the poorest the most. Although Russia’s food prices may not increase as much as in food-importing countries, they will go up (domestic production in some areas not being able to compensate for lower imports, and foreign inputs increasing due to the depreciation of the rouble). Sporadic shortages might develop, The news already report the run on a number of essential items, including the shortage of sugar. Faced with such unstable and volatile relative prices, under the condition of return of high inflation, the prudent policy would be to impose rationing for all essential items. In the Soviet Union, rationing was eliminated in 1952, and then briefly reintroduced for some goods in Russia during the early 1990s. It may have to be reintroduced again, probably more broadly. The rationale of rationing is of course to protect the welfare (and even the survival) of the poorest classes, but it obviously blunts the incentives for producers. In the Soviet Union, this did not matter much since production was based on planning, but in Russia of today, incentives do matter.

Government policies, unveiled so far, whose objective is reduce the impact of sanctions, are very weak. To declare a temporary tax holiday for small and medium size enterprises makes sense in order to avoid massive layoffs, but it cannot be a medium-term policy. It obviously affects the budget, and also opens the way to what seems inevitable, namely a monetary expansion followed by inflation. As already mentioned, inflation was extraordinarily high in the early 1990s (the annual level was at three figures between 1992 and 1995) and also in 1999, when it reached 90 percent. It is hard to see how it may not return: already by February, the inflation was 10% on an annual basis. The March numbers will be certainly higher.

Another government measure aims to encourage repatriation of Russia’s foreign investments. But why would people bring back to Russia money that, under the regime of capital controls which are already in place and will become stricter, will be impossible to move back abroad, if needed?

The problem is not that the government is making wrong policy choices; the problem is that, in the current situation, there are almost no good policy choices to make. The range of what the government can do is extremely limited, and is determined by foreign policy decision made by Putin (probably without any consultation of the economic ministries) and by foreign sanctions. Between the two, there is very little that any economic policy can do other than be led by the events in becoming more and more restrictive. It is important to point out that the restrictiveness will be mostly forced by the events. Ideologically, the Russian government is technocratic and neo-liberal. Putin himself had always had a neoliberal approach to the economy. The first day after the invasion of Ukraine, he called a meeting with the big business and promised them a “fully liberalized economy” (actually, practically asking them to do whatever they want). He, and probably they, might not have been at the time fully aware of the deleterious effects of sanctions. As that becomes increasingly clear, the field of decision-making for economic policy will be drastically reduced. It will no longer be the question whether one likes price controls or not: it would be a question of having massive riots without them. Thus restrictive policies will be dictated by the events. But once adopted, they will be difficult to alter.

Another aspect should be also mentioned. Sanctions and any kinds of limitations always call for work-arounds. They are indeed possible: imports may be made from (say) Armenia and then resold in Russia; Russians abroad might share their credit cards with cousins at home etc. But such “creative solutions” are expensive. People who engage in them take risks for which they have to be compensated. The Russian papers have already reported the emergence of “speculators”, a term which hails back to a revolved era. The increase in prices due to clever work-arounds is not the only effect. A more socially pernicious is the emergence of smuggling and crime networks that will control such schemes. This is the same as with drugs. Once a good is illegal, underpriced or difficult to obtain, it will be brought to the market but at a high price and by people who are willing to defy the law. The criminalization of the Russian society, which has gone on since the 1990s and that exploded under Yeltsin, will come back in force.

The coming years of Putin’s rule will thus look very much like the worst years of Yeltsin’s rule. Putin was brought out of the deep shadows with the idea that he would protect the gains of Yeltsin’s family and the oligarchs while reimposing some degree of internal stability. In his first two terms, he was successful in doing that. But at the end (or whatever the current point it is) of has reign, he brought all the original diseases back and made them in some sense worse because his policies stuck the country in an impasse and thus closed off all the venues of escape.

In the next post I discuss the longer-term prospects.

Through its peculiar “Securities Market Programme”, the European Central Bank generated billions of profits for creditor Member States such as France and Germany. Positive Money´s research shows that nearly €8 billion have been lost for […]

As the Spanish prosecution sums up its arguments against twelve leaders of the Catalan movement for self-determination one can hardly find words to describe this travesty of justice. Chris Bambery did find one: Bollocks. Chris […]