Looking at the problematic structures of cooperatives in the former Yugoslavia 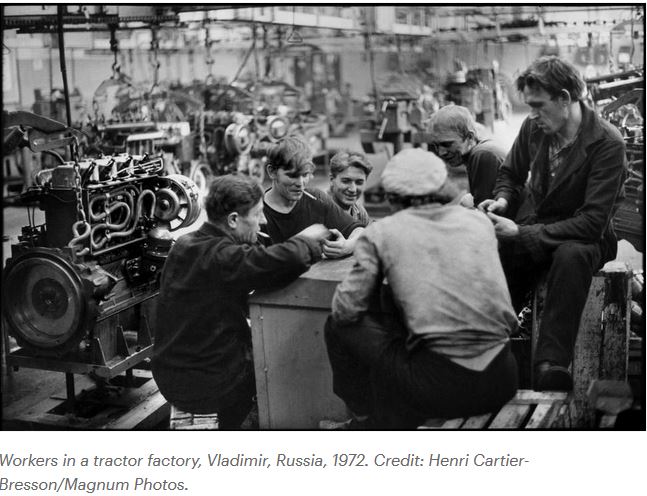 In the Spring of 1973 Milton Friedman visited Yugoslavia. A few weeks after his trip, he recorded this very interesting conversation (see the link; the link was unearthed by my friend Milos Vojnovic). Friedman’s impressions and conclusions are remarkably clear and spot-on. They were not something new: the problems that he mentions regarding Yugoslav cooperatives (or more exactly, self-managed enterprises, SME) were quite well known by 1973. Nevertheless Friedman summarized them very accurately. He also must have had a very well organized visit and good interlocutors. I vaguely remember reading that his main host was an excellent journalist from Belgrade’s outstanding economics weekly “Ekonomska Politika” (some of my first ever writings were published by them, so I am always a bit biased in their favour).

I would suggest to everyone to listed to Friedman, but let me say a bit more regarding three major flaws of SMEs identified by Friedman (and of course others). This is of special importance now because the ideas of workers’ management and ownership are becoming popular again.

The first flaw has to do with the maximand of SME. Like US cooperatives, they maximize average output per worker because at that point the wage is the highest. This means that SMEs will not go all the way to marginal product of labour=wage and would thus employ fewer workers than an entrepreneur-run company. This is indeed something that was confirmed in practice. Yugoslav SME were loath to expand employment. Unemployment in Yugoslavia, despite massive workers’ emigration mostly to Germany, always stayed around 10% through the 1970s and 1980s. Some writers like Susan Woodward see high youth unemployment combined with IMF policies of austerity imposed after the debt crisis of 1980s as responsible for the break-up of the country. (I will leave this aspect aside.) However, the reluctance of SMEs to hire more workers led the government in the 1980s to enact the law on “obligatory employment of new workers” whereas each SME had to increase its employment by 2% per annum. Not the most market-friendly and reasonable policy.

The second problem mentioned by Friedman was that all SMEs can be in equilibrium while having vastly different average products per worker and wages. Since wage depends also on capital-intensity of the enterprise or even on the branch of production, workers in highly capital-intensive areas (like electricity generation) will have much higher wages than those in textile. And for the reasons explained in the previous paragraph, there would be no tendency to move from one enterprise to another. (The high-wage enterprise will have reached its maximum and would not hire more workers.) This was, like the previous problem, noted already in the seminal paper by Benjamin Ward published in 1958. It was expanded in Jaroslav Vanek’s monumental “The General Theory of Labor-Managed Market Economies”. Numerous articles on that problem (and the previous) were published in The Journal of Comparative Economics and Economic Analysis and Workers’ Management, the two prime journals that dealt with market socialism. (I would also like to recommend this excellent paper by Dinko Dubravcic, published in 1970, as well as James Meade 1972 article.)

The third problem had to do with the fact that capital was “socially” owned. It could not be alienated by workers, i.e. sold to somebody else. Workers enjoyed only usus fructus rights. That led to the following problem (which by the way was also obvious in the Basque Mondragon cooperatives). When workers had to decide how much of net income to use for wages as opposed to plowing back into investment, they tended to go for higher wages. It was not simply because of pure time preference but because wages were fully privately-owned (obviously), and could be used to open a savings account in which the worker owned both the principal and received interest. But if that same amount were reinvested in his company, he will get only the return on investment; the principal will be merged with the rest of “social” capital and will never revert back to the worker. Now, imagine that you are a year before retirement, and you have the option of increasing your wage by $100 or reinvesting that amount in your company. What will you choose?

As Friedman rightly says in the interview, Yugoslav policy-makers constantly complained that companies were distributing too much in wages, and tried to set, through heavy wage taxation, incentives to move more money into investment. But the results were nugatory.

These are some intrinsic drawbacks of labour- or self-managed firms. Most of them stem from non-privately owned capital. This is why this model of cooperatives should not be confused with a privately-owned cooperatives where workers are also shareholders. In that case, the last problem, for example, disappears entirely. The first two do not however, but they are “solved” by the introduction of two types of workers: those who are workers-shareholders and others who are hired workers. Mondragon did precisely that.

The advantage of SME was workplace democracy. Workers indeed had much more extensive rights and power than in similar capitalist firms that are by definition hierarchical and are actually run as mini-dictatorships. Whether the democratic nature of SME had positive effects on productivity (adjusted for all the mentioned deficiencies) I do not know, although I think that there were such studies.

Finally, when assessing intrinsic advantages and disadvantages of such a system one should leave aside other characteristics which had nothing to do with the system as such but with specific Yugoslav conditions. They are at least two.

First, for large and important enterprises, some workers’ rights were curtailed because Republican governments and through them the Republican Communist Parties appointed its nomenclatura members to top positions. It was thus a “controlled” workplace democracy. Very often these appointees were not well qualified to run companies. They were basically Party hacks who tried to pretend to be businessmen. Slobodan Milosevic is the most famous example. He became the head of one of the largest Yugoslav banks and although he always bragged of dealing skilfully with Rockefeller and Chase Manhattan he probably knew very little about banking (having also graduated in law).

Second, Yugoslavia after the Constitution of 1974 (that was just being discussed as Friedman was visiting the country as he briefly alludes) functioned as a confederation ruled by the Republican Communist Party oligarchies. Each of the republics not only tried to control its SMEs

These two last features (one-party system and extreme decentralization leading towards autarky) need not be present in other countries.

We are entering the homestretch of our fundraising and are still well short of our goal. Please consider once again if you can donate, especially if you wish to continue reading BRAVE NEW EUROPE Donate […]

Currently the best articles concerning the Brexit conflict are coming from those with a marked distance to the issue. This one by Jonathan Cook is a prime example, but also see this brilliant piece by […]