The figure of what liberal constitutional monarchies generally see as a “guarantee” for their stability, unity and tradition – their monarch – in Spain is rapidly turning into a source of conflict fanned by decades of family corruption and ideological compliance with the nationalist far-right. Current King Felipe VI displays an unprecedented unwillingness to act in his constitutionally-defined task as impartial referee and go-between in key political matters, openly adopting an authoritarian decision-making role before issues such as Catalan self-determination.

Today’s Spain differs from other European states in that the crisis created by Coronavirus is just one of a series of major problems that is daily pushing the country nearer the precipice of collapse and division. Spain not only holds an alarming anti-Coronavirus record – one of the world’s most inefficient according to the WHO – but is considered by the IMF to be one of the worst placed countries in the world as regards prospects for economic recovery in 2021. But to this one must add that the country’s Head of State – seen as largely absent from the struggle against Coronavirus – is at the heart of an institutional crisis of proportions unimaginable just a few years back. It is no longer clear if Felipe VI stands for the stability monarchs are traditionally supposed to inspire in their countries, or has become a serious source of institutional conflict and division within Spain.

Things have recently got so bad for Felipe’s public image that 183 of his most avid followers (ranging from politicians down to discredited Plácido Domingo, vulgar TV talk-show panellist Belen Esteban and even bullfighters) have been summoned to endorse an almost comical Manifesto in his favour under the heading “¡Viva el Rey!” (Long Live the King). Petitions in favour of saving the White House Christmas turkey may indeed seem less absurd. All of a sudden, one of Europe’s most popular monarchs is met with hostility in many parts of his realm. His recent visit to Barcelona (after being advised to skip an all-important meeting of the judiciary held in that city the week before) made the city take on the air of a NATO manoeuvres operation, with almost no supporters visible, snipers on rooftops and one square kilometre of the city screened off for security. A large human chain of protesters and large banners (several of which were surprisingly removed by the Police) expressed well the city’s feelings about Felipe, who was met neither by mayoress Ada Colau nor by anyone in the currently president-less government (Quim Torra having been suspended – for a banner! – the week before, 6/10). But Catalonia, where the king has a current popularity rating of 1,8 out of 10 (1 very unpopular, 10 very popular), is the territory where he is least welcome and where most public institutions (Parliament, city councils etc.) have publicly disowned him.

The main reason for Catalan rejection of the king stems from a speech made on October 3, 2017, two days after the self-determination Referendum the Spanish government had not only refused to authorize, but had called the Constitutional Court to declare anti-constitutional. Felipe VI then made it clear who was in charge and who was leading the “A por ellos” (Go get ‘em) approach adopted in Spain against the Catalan self-determination Referendum. With the support of the establishment that had always sided with the monarchy since the so-called Regime of ’78 had come into being (the judiciary, the armed forces, the Civil Guard semi-military police force, the main mass media, big business corporations etc.), the Crown now took the reins of the State and green-lighted a harsh period of ideological persecution, imprisonment and repression that is still in progress today, with over 2,800 Catalans suffering legal persecution of different kinds. That evening, in a special TV broadcast, the Spanish king made a fiercely one-sided and politically irresponsible speech against what had happened in Catalonia, casting away the role of referee that is expected of a constitutional head of state. The harshness of his words seemed to be the result of the personal offence he felt that more than two million Catalans had voted in favour of independence and the creation of a separate Catalan Republic.

Felipe VI, in full military regalia, with a bitter expression on his face and with a looming portrait of Carlos III holding a threatening black baton above him, not only supported the repressive response of the State on October 1, but also directly urged the Government of Mariano Rajoy to take immediate action. These were the words with which he put into action the repressive machinery that was to be implemented by way of the application of Article 155 of the Constitution: “….. in the face of this extremely serious situation, which requires the firm commitment of all to the general interest, it is the responsibility of the legitimate powers of the State to ensure Constitutional order and the normal activity of the institutions, the validity of the State of Law and the self-government of Catalonia, based on the Constitution and the Statute of Autonomy“.

Contrary to what we all thought, and as has been subsequently revealed, prime minister Mariano Rajoy was not in favour of Felipe VI making that speech against the independence bid of Catalan President Carles Puigdemont. However, he gave his approval at the insistence of the monarch himself. Although we may never find out who actually wrote his harsh speech, what we can be fully sure of is that its intellectual inspirer was the very man that uttered it. This factor alone would confirm that Felipe VI is surely one the most politically interventionist and authoritarian monarchs in Europe having at no time paid any attention to the needs and concerns of the Catalan people as expressed by their democratic institutions. It was a speech that originated in his own personal decision. From a historical point of view, it reflects the attitude of his great-grandfather Alfonso XIII, who fully endorsed the 1923 coup d’etat of General Miguel Primo de Rivera (at that moment, military commander of Catalonia) which had the firm intention of countering the demands of the Catalan nationalists and putting an end to what he termed the “unhealthy exclusivism” that Catalonia enjoyed despite the fact that the existing Catalan government had been made possible by the Spanish legislation. As we see, history is now repeating itself to perfection: to save Spain, even to save Catalonia within Spain, drastic measures must be taken against the will of the Catalan people and their institutions and in the process – and this is even more serious – by violating Spanish fundamental rights and International conventions Spain is party to. Furthermore, in his speech the king made the crass mistake of completely ignoring the pro-independence population, thus skipping the role of moderator that the Constitution bestows on him. He also let down the people who, despite not being pro-independence, wanted a democratic solution to the crisis. He was irresponsible enough to show more concern about saving the monarchy and the unity of Spain than about solving the conflict between Catalonia and Spain.

Despite manifestos in his favour and Deep State machinery working overtime to bolster him up, Spain’s monarchy is not as stable as some make out. To be sure, attempts to protect Felipe from the constant scandals the Bourbon family have been involved in have largely been in vain. The startling revelations of former king Juan Carlos’ ex-lover, Corinna Larsen, regarding the threats she has apparently received from henchmen of the Royal family, have been followed by statements in which she assures that Felipe knowingly participated in his father’s corrupt off-shore activities.

Despite Felipe’s apparent rebuke of his father, a step that resulted in Juan Carlos’ flight to Abu Dhabi, the current king has been unable to fully rid himself of the association made with his father’s corrupt behaviour. Nothing had been the same for the Bourbons since April 2012, when an accident in Botswana had shown up the monarch’s dissolute private life involving the alleged use of public funds as compensation payments to his ex-lovers. The image Juan Carlos had cultivated as the hearty well-meaning “campechano” was suddenly shot down in flames in step with the conviction of his son-in-law Iñaki Urdangarin for corruption and the appearance of increasingly compromising evidence about the role he played in the attempted coup d’etat on 23 February 1981. Juan Carlos even began to be haunted by claims of paternity, one of which has recently been confirmed, in Catalonia of all places. But the final nail in the coffin of Juan Carlos’ reputation was to be the revelation of the huge commissions paid to him in achieving Spain’s contract for the Mecca-Medina High Speed Railway. The fact that a Swiss court has recently taken steps to investigate the case, even though his abdication had occurred six years earlier, affects Felipe VI today and has even opened up a debate about whether it is workable to maintain Juan Carlos’ impunity in Spain. Whatever the outcome, the fact that Forbes has made it known that the fortune amassed by the Bourbons surpasses the €2000M mark, means that the upsurge of Republican feeling in Spain is unlikely to be easily checked, however hard the Deep State works at keeping Felipe as their chief spokesman and lucky charm against the self-determination of the Catalans. 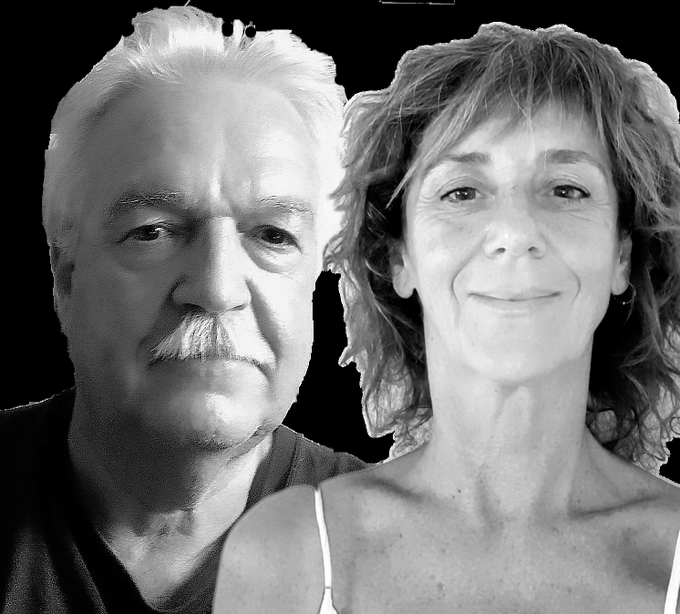 Taylor D.H. Rockhill – Amazon is Stealing the World Right Out from Under You

Any way you look at it, Amazon is a monopoly that penetrates into all our lives. Taylor D.H. Rockhill is Associate Lecturer-Economics at the Institute for Management Studies Goldsmiths, University of London Chances are pretty […]