It is difficult to believe that the study of global inequality is a relatively new discipline. 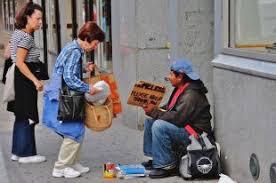 I recently read a very nice paper by Christian Christiansen on the origins of global inequality studies. The paper is yet to be published, so I will not quote anything from it but I would suggest to the interested readers to go to his and Steven Jensen’s (editors) excellent book “Histories of Global Inequality” and especially the introductory essay that goes over the same themes.

Christiansen studies how the very idea of worldwide inequality has changed over the past seventy years. He charts the path from the post-colonialist rhetoric where worldwide inequality was inequality between colonies and metropoles to the Third Worldism and structuralism to the New International Economic Order and finally to global neoliberalism. The term “global inequality” appears for the first time in print in a 1974 article on the global food crisis by Mick McLean and Mike Hopkins (“Problems of World Food and Agriculture: Projections, Models and Possible Approaches,” Futures). It is only in the 1990s that “global inequality” became associated with the idea of income inequality between citizens of the world.

Let me note finally that Christiansen’s work may be very usefully read in conjunction with two excellent recent books that cover similar, even if wider, ideological ground: Samuel Moyn’s “Not Enough” and Quinn Slobodian’s “Globalists”. I reviewed them here and here.

Christiansen asked a question that I thought about for a while but never wrote about: how do certain ideas—in this case the idea of global inequality–arise? How do they get formulated? What explains that they become popular after not only being ignored but not even existing (as ideas) for a long time? Since I was involved in this process, I thought I would try to explain how –at least to me—this seems to have happened.

It is useful of think of the interaction between four forces: ideology, politics, data, and sociology of knowledge.

The 1980s and 1990s in the World Bank and the academia were inhospitable to the idea and study of inequality. Probably as never before. It is worth remembering for example that the World Bank was in the 1970s a pioneer in the work on inequality. I remember how excited I was (I was then working in an economics institute in Belgrade) when I first saw the 1974 compilation of income inequality statistics around the world by Shail Jain. Nothing similar existed before. Montek Alhuwalia and Graham Pyatt, then at the World Bank, wrote several very influential papers.

But with the triumph of the dreary neoclassical economics inequality was exorcised from the mainstream. It did remain in development economics though. But there too with the neoliberalism which the World Bank espoused in the 1980s it was soon eliminated. The toxic influence of Anne Krueger saw to it. Thus the ideology basically told you, “it is not a topic worth studying and we shall waste no resources on it”.

Moreover, and somewhat ironically, the eclipse of inequality studies happened in conjunction with increasing importance of poverty studies. The latter were, as I called them, “the moral laundering” undertaken by the rich. Those in power liked them because such studies showed them not to be oblivious or ignorant of the plight of the “less fortunate”. It also buttressed their ideological hegemony. (In “The haves and the have-nots” I tell the story of how the head of a prestigious Washington think tank told me to change my interest in my CV from “inequality” to “poverty”—because the rich board members were allergic to the term “inequality”.)

Then there were the politics. Many World Bank member countries disliked the World Bank studying their inequality and refused to authorize such studies or to share the data. That applied to countries like Turkey (where for years, if not decades, the World Bank failed to do a study of inequality) and the Middle East (Algeria, Tunisia, Syria). In Eastern Europe, Romania could not stomach the idea of such a study and released no data. In Yugoslavia too there was strong resistance, coming from the rich republics, because a country-wide study was bound to show huge and increasing gaps between the richer and poorer parts of the country. Finally, many African countries lacked institutional capacity to mount household surveys without which there were no data to study inequality. Thus if there are no data (Africa), or large parts of the world do not want to release the data (China should be added to my above list), or countries were not members of the World Bank (the Soviet Union and Cuba), there was hardly any sense in studying “global inequality” that would leave out one-third, or more, of the world population.

By the late 1980s, things began to change with glasnost in the USSR and the first serious releases of the Soviet data, and improvements in the data gathering capacity in Africa. China as well, from the mid-1980s, provided at least fragmentary income distribution data. All of that allowed the World Bank to move, since the 1990 World Development Report, into global poverty assessment and monitoring. The ideological backing for this was provided by the UN focus on global poverty alleviation. But as all of this implies, the data were no longer the main issue: the ideology was.

But when ideology “militates” against studying something, very few people will bother to do it. Simply put, incentives were aligned against inequality studies. There would be no funding. Such research would be sidetracked and ignored. This is what happened within the World Bank.

On the other hand, it needs to be acknowledged that the World Bank research was never organized in a hierarchical dictatorial manner that some people imagine. You could study more or less any relevant topic so long as you could show reasonable publication success. One may not receive any of the powerful World Bank financial support or media coverage (that would be reserved for politically more acceptable topics), but there was no active discouragement or prohibition; or at least I never encountered it.

Getting involved in the work on the not currently popular topics is like betting on a horse that is unlikely to win a race. Most of the time, one loses and understandably most of the people avoid doing it. But at times one may be lucky and win.

If asked what is important, a trite answer would be to say to follow one’s passion or interests. But I think that while in general this is a good advice it is of limited practical value. I would add that when choosing what to study one should keep one’s expectations and ambitions of external success (within one’s lifetime) low. One thus can never be disappointed.

Brave New Europe is beginning its Autumn support campaign. If you have not read their posts, you should. Never as much as now, we need a critical, open, left-wing voice not beholden to millionaires. Even small donations matter.

The ideological blindness of the United States and its racist disregard for Afghan lives led to a logical conclusion. Why is there even a debate about NATO’s lost war? Patrick Cockburn is the author of War […]

EU funds as a reward for raising the retirement age, making labour markets more flexible, or lowering minimum wages? This is exactly what the EU Commission is pushing for, largely unnoticed by the European public. […]