What if peasants do not want to move to cities?

In a paper that I wrote several years ago with Boško Mijatoviċ on the real wage in the 19th century Serbia (the published version here; the accessible draft version here), we deal with an interesting and not novel problem. In a society where 90 percent of the population lives in the countryside and all farmers cultivate their own (small) landholding, and there is no landlessness, how do you industrialize?

All contemporary evidence points to the fact that peasants were not at all keen to move to cities and work for a wage. Since there was no landlessness very few people were pushed by poverty to look for city jobs. Political parties which strongly (and understandably) represented peasantry further limited mobility of labor by guaranteeing homestead (3.5 ha of land, house, cattle, and the implements) which could not be alienated, neither in the case of default on a loan nor in the case of overdue taxes.

This situation was very typical for the late industrializers in South-East Europe. Greece, Bulgaria and Serbia were all overwhelmingly agricultural with small peasant landholdings and no landlessness. All displayed slow or arrested capitalist development and half-hearted urbanization. The reason was simple: farmers had no incentive to move from being self-employed to being hired labor. And who would prefer to switch from being one’s own boss and dependent perhaps only on the elements to become a hired hand, working six days a week all year round, in “satanic mills”?

The issue is noted by Francis Fukuyama (among others) in “Political Order and Political Decay”. He explains slow industrial development in Greece (and he could have readily added Serbia and Bulgaria) by political clientelism which in his views stemmed from premature democratization, that is, before programmatic and not clientelistic political parties could be formed. But he fails to see the economic origin of the problem:  lack of incentive to move to cities.

The question is, how do you industrialize under such conditions? Reluctance of peasants, whenever they had their own land, to become industrial workers has been discussed (Gerschenkron, Polanyi). In England they had to be literally chased from land through  enclosures; in France, the process was much more overdrawn and took a century; in Germany, Poland and Hungary, large estates owned by nobility and consequent landlessness did the job. In Russia, it was bloody and occurred through forced collectivization.

Which introduces the following interesting topic. Suppose as a counterfactual that the October Revolution never took place, as it seemed most likely until the very day when it occurred, and that Russia, after the March revolution, became a democracy. Tsarism was overthrown, the elections of the Constituent Assembly were held in December 1917, and the largest party in the new Duma (later disbanded by the Bolsheviks) were Social-Revolutionaries (SR) that, combining their Russian and Ukrainian branches, held about 50% of the seats. (Bolsheviks got 24% of the vote.)

SRs were the party of the peasantry. By 1918 after the forced seizures of large  estates, the land reverted to peasants, and the bulk of them acquired their own plots. Landlessness was relatively small.

How do you industrialize then? Peasants are quite happy to stay on their land; SRs, who depend for their parliamentary majority on peasantry, might have passed the laws similar to the ones passed in the late 19th century Serbia guaranteeing peasant property from creditors or the state. Why would under these conditions peasants move to Moscow or St Petersburg to become wage workers unless they got a much higher wage –most unlikely—than their net return from farming? So unlike in the Lewis model of development with an infinite supply of labor here we deal with development, or rather attempted development, with close to zero new supply of labor.

Could high export taxes be imposed on Russian/Ukrainian grain to provide savings which would be invested in industrial development (a policy followed by Peronists in Argentina)? It is hard to imagine that a party (SRs) that did not depend on industrial proletariat but on peasantry would have done that. You thus quickly reach an impasse. To develop industrially, you need landless peasants looking for city jobs. But in a society where peasants own farms and their parties control government, there is no incentive nor desire to move to cities. Stasis, or equilibrium of sorts, ensues.

Now, going back to what really happened in Russia, we see better what was the problem faced by Bolsheviks. The war that Stalin launched on peasantry in 1928 and which resulted in at least an estimated six million deaths from famine and destroyed the Soviet agriculture for the entire period of the existence of the USSR was to some extent in the cards from the very moment that the March revolution happened. Russia could have more easily become industrial and capitalist with the pre-1917 large landed estates and the attendant landless peasantry which gravitated toward cities for jobs. But once small land owners became dominant, the (non-violent) road to industrialization was either blocked or had to be very long.

The process whereby agricultural economies industrialized was wrenching. The displacement and unhappiness of the population dragged into industrial centers through either empty stomachs or outright terror was incomparable in its human costs to today’s similar transfer of labor from manufacturing to services (or to unemployment). The transformation in the underlying economic structure is never easy but it seems to me that the one from the fresh air and freedom of own farm to being a cog in a huge soiled machine of industrialization was the most painful.

PS. Paul Klebnikov in a very detailed Ph D dissertation on Russian agriculture before the World War I, quotes (p. 32) a social democratic politician A. Maslov who argued that only industrialization can raise incomes in Russia: “one of two things must happen: either the development of the manufacturing industry with the proletarianization of a certain portion of the population, or complete backwardness and even a decline in the productive forces of the country.” 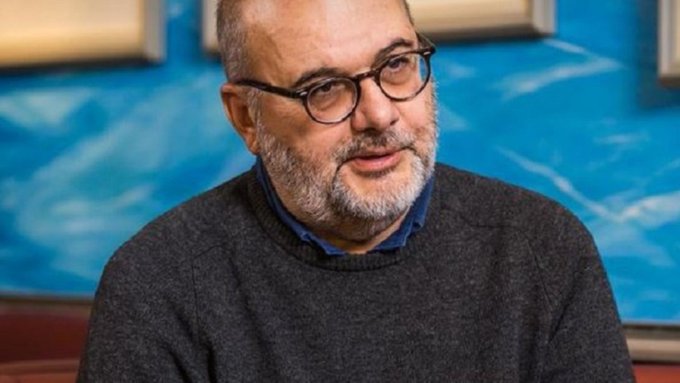 Jonathan Cook – Greta Thunberg and the Consolation of Doubt

For those who wish to understand what occurred in the recent Phillipine election Walden Bello, a columnist for Foreign Policy in Focus,  is the author or co-author of 19 books, the latest of which are Capitalism’s […]

Servaas Storm – The EU’s Green Deal: Bismarck’s ‘What Is Possible’ versus Thunberg’s ‘What Is Imperative’ in the Age of Covid-19

What ails the EU Green Deal is exactly what troubles the Union in general — an absence of social democracy at work Servaas Storm is a Dutch economist and author who works on macroeconomics, technological […]