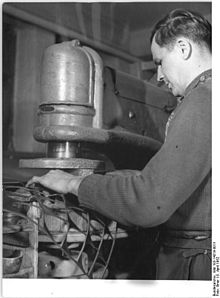 After the crisis of 2007-8, capitalism has entered among some parts of the public opinion into an ideological crisis. (I have written elsewhere why I think that this is not a general crisis of capitalism but a limited response to the decline of western economic and political power.) However, the question of durability or of non-permanency of capitalism has, unlike in the years after the fall of communism, reentered the public discourse. In many ways, in the West, the situation is returning to the 1970s or earlier when the ideas of alternative socio-economic systems were hotly debated. This is something that had disappeared in the next several decades driven away by neoliberalism in economics, the collapse of Soviet socialism, and the imposition of the pensée unique.

Now, things are changing, and understandably many people bring their own ideas about how capitalism can be “transcended”, that is replaced by a different socio-economic system. I want here to highlight three different ways in which this subject has recently been addressed.

In a new paper ”What is socialism today: Conceptions of a cooperative economy”, John Roemer starts with three essential pillars of all economic systems: an ethos of economic behavior, an ethic of distributive justice, and a set of property relations. In capitalism the three pillars are (1) individualistic ethos, (2) laissez-faire (no redistribution), and (3) privately owned means of production with profit accruing to capitalists. Until now, Roemer argues, all attempts to transcend capitalism focused on element No. 3, replacing privately owned capital with state or socially (collectively) owned capital. They have all failed.

Instead of that our emphasis should be, according to Roemer, on developing solidaristic ethos. Using the terminology from the game theory, Roemer contrasts Nashian ethos where each individual behaves as to maximize his or her gain (and which in some cases, like the prisoner dilemma, may lead to the paradoxical outcomes) and the Kantian ethos where we behave in the way in which we wish that everybody else would behave. This is a form of a golden rule (behave towards the others the way you wish that they behaved toward you), or, in more narrowly economic language, we try to internalize (account for) the behavior of everybody else.

In a presentation given recently at the Graduate Center CUNY in New York, Roemer gave the example of the “tragedy of the commons” where Nashian (narrowly profit-motivated individuals) maximize own fishing with the result that eventually no fish remain vs. a Kantian type of solidaristic behavior where one would think that if he increases his fishing everybody else would do the same. The person would thus “internalize” the behavior of others and presumably avoid the tragedy of the commons.

Roemer argues that, as societies get richer and as a conscious effort is made, the percentage of “Kantians” would increase compared to the “Nashians” and we would gradually move toward more solidaristic and cooperative societies. A nice example that Roemer used to buttress his case is the increasing attention given to environment where many people make an extra effort to adjust own consumption or sort different types of trash even if neither is monitorable and defections are costless. Still many do it the way they wished everybody else did.

A different way of “transcending capitalism” was recently proposed in Piketty’s new book “Capital and Ideology”. In the last part of the book, Piketty, after reviewing on some 800 pages, the ways in which various hierarchical and property relations that seem abhorrent to us today (slavery, patriarchy, racism, serfdom etc.) have been ideologically justified, argues in favor of ending the fetishism of private property. In terms of Roemer’s taxonomy, Piketty is clearly back to the pillar No. 3 but unlike Marxists and the Soviets Piketty does not require a dogmatic thorough-going elimination of all private property but looks at the ways in which the economic power held by property holders could be limited. To that objective, he deploys a radical yet realistic proposal whereby all enterprises after a certain size would have obligatory workers’ shareholding with workers holding 50% of the shares, and no single capitalist (regardless of the amount of capital he has invested in the company) could hold more than one-tenth of the capitalist half of shares. (Thus even the largest owner would be limited to 5% of total voting power). The system however would allow small enterprises to be managed as they are now with capitalists holding the full power and workers being a hired labor, but as soon as such enterprises would go over the threshold, obligatory workers’ shareholding would kick in.

This two-tier system at the production level would be combined with the system of the so-called “temporary ownership” consisting of severe annual taxation of private wealth and progressive taxation of inheritance.

The aim of the two systems (production-stage and fiscal) is to fundamentally alter the relations of production in favor of labor and to limit the accumulation of private wealth. The latter will not only change levels of inequality that currently exist but would structurally constrain the ability of the rich to control the political process and to transmit their wealth across generations. It would thus significantly change inter-generational mobility. But more importantly, perhaps, it would change the intra-enterprise hierarchical relations between owners and workers.

(Piketty’s idea have been criticized—see here—for being un-Marxist in the sense that they do not go beyond the logic of capital or social-democracy, do not dispense with all power relations derived from ownership, and that his concept of social change is idealistic, as opposed to materialistic.)

A third way to envisage the change in the modern capitalism is somewhat different and I briefly mention it at the end of “Capitalism, Alone”. It is materialistic and grounded In the “objective” relationship between the two factors of production (labor and capital), or more exactly in their relative scarcities. It is based on a standard Marx-Weber tripartite definition of capitalism (used in the book): (a) production is carried using privately-owned means of production, (b) labor is legally free but hired (that is, the entrepreneurial function is exercised by owners), and (c) coordination of economic decision-making is decentralized. Now, as I argue in “Capitalism, Alone”, the current apotheosis of capitalism is largely due to the weakening power of labor, brought about by the doubling of the global labor force that works under capitalist conditions following the transition to capitalism of the Soviet-bloc countries, China, Vietnam and India. Furthermore, the digital capitalism of today has enabled commercialization (“commodification”) of many activities that have never been commercialized before and has thus made further inroads into our private life. The dominion of capitalism has become extended both geographically (to encompass the entire globe) and “internally” to move to our individual private sphere.

But if the underlying relations of relative scarcities between labor and capital change in this century or the next, if the world population reaches its peak and remains there (as all projections indicate) and if the capital stock keeps on increasing, we might face an entirely different situation between capital and labor—very much the reverse of the one the world is facing after 1990. The relative abundance of capital may allow individuals to become entrepreneurs by simply borrowing capital and not letting the suppliers of funds have a decisive role in management. This is what we currently observe in the start-up world. It might seem not important, but it is: the agency which is now almost exclusively vested in capitalists would be transferred to “workers”. The component (b) of the standard Marx-Weber definition of capitalism –the existence of wage labor—would disappear. The system would still maintain the private ownership of the means of production and decentralized coordination: it would be a market economy, but it would not be a capitalist market economy.

This “transcending” would be different from the other two. Unlike Roemer, it would not rely on the change in our ethos, and unlike Piketty, it would not depend on constructivist change in the rules but would arise “organically” from the changed relationship between the two factors of production. Being “organic” would make it stronger and more durable.

Frances Coppola – Doing “Whatever It Takes”

How to finance the current economic crisis. Frances Coppola is the author of the Coppola Comment finance and economics blog, which is a regular feature on the Financial Times’ Alphaville blog and has been cited in The […]

Member states play a hugely important role in EU decision-making, but too often they act as middlemen for corporate interests. This new report combines case studies, original research, and analysis to illustrate the depth of […]