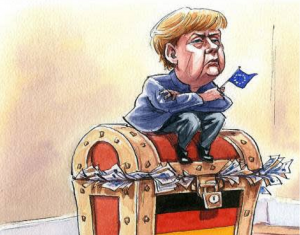 We are guests in the rooms of the German poltitical magazine OXI.

This has been made possible thanks to a cooperation BRAVE NEW EUROPE has entered into with a foundation called Helle Panke, attached to the Links (Left) party in Berlin, yet undogmatic. They promote political education. The Netzwerk für plurale Ökonomik (Berlins and Potsdams various heterodox economics student groups) has now joined us in organising these lectures.

In addtion to the lectures, our guests will be holding seminars with members of the Netzwerk für plurale Ökonomik.