Chris Bambery takes a very big step back and analyses what Brexit is really about and what opportunites it offers. 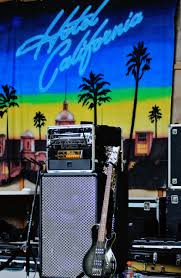 So sang The Eagles in Hotel California. I am beginning to feel the same way about Brexit. This week has seen Theresa May try to impose a soft Brexit deal on her Cabinet only for her Brexit minister, David Davis, and Foreign Secretary, Boris Johnson, to resign

Her suggested deal means the UK “leaving” the EU only to comply with its legislation and restrictions almost entirely. Critics, from both sides of the debate, point out it effectively means the UK stays in the club with no say on its rules.

Emmanuel Macron has an agenda for change but he has discovered Angela Merkel is not interested, or cannot accept it for domestic repercussions, and that the old Franco-German axis, which used to run the show, is now a thing of the past with Paris in a diminished role.

Watching the Brexit debate unfold from this side of the English Channel I have a horrible feeling of being here before. After all when the people of France, Holland and Ireland had the temerity to vote in referendums against European directives they were simply told to go back and vote the right way.

When the Greek people voted against austerity measures being imposed by the Troika that too was ignored and the government in Athens was bullied into implementing those same measures, with voters destined to a calvary of suffering.

Some in  Britain, rather than acknowledge this, hark on about a brief moment when in 1988 the President of the European Commission, Jacques Delors, addressed the Trades Union Congress talking about “social Europe.” It meant little but anyway was immediately swept away by the Maastricht Treaty as the EU embraced neo-liberalism with a passion, egged on by Margaret Thatcher until she got cold feet. But they still like to pose the EU as being less neo-liberal than Westminster governments and more protective of its citizens.

The idea that the EU exists to defend the rights of its citizens is laughable given its record in exposing austerity across Southern Europe and unelected “technocrat” governments on Greece and Italy. It certainly does not protect those citizens from other countries coming to escape war and famine, or to simply find a better life. They are too often condemned to a watery grave.

But returning to Hotel California, In Britain the refrain was that after the referendum the people had decided and “Brexit was Brexit.” Now Theresa May is proposing a deal which is clearly not Brexit. The City of London, big business and their hangers on are cheering. I’m less sure how happy voters in Grimsby, Sunderland or Newport, South Wales are, having voted to quit the EU.

From a British perspective it is difficult to discuss the European Union because the debates on it, not just during the Brexit referendum and since, but going back decades have been remarkably insular, concentrating on whether market stall holders can sell fruit in pounds or ounces or whatever. That is true across the political spectrum. The British left and the trade unions have been virtually detached from mobilisation against EU summits, rulings and so on going back two decades or more – less true for the social movements. It is embarrassing to go on a demonstration in Brussels and elsewhere where thousands of Slovenian or Slovak trade unionist gather and too compare that with a few dozen Brit trade union officials enjoying an expense account break.

It is also difficult because to criticise the EU risks being identified with Boris Johnson or Nigel Farrage. But here goes.

The EU, particularly since Maastricht, centres on the running down and privatisation of public services; overcoming any elements of democratic control and representation and the deregulation of production. Perry Anderson sums it up when he describes the EU as:

“An oligarchic structure, riddled with corruption, built on a denial of any sort of popular sovereignty, enforcing a bitter economic regime of privilege for the few and duress for the many.”

Where the left all too often falls is in not pointing to a simple fact. The single currency and central bank, created at Maastricht by Monetary Union, has led to the imposition of austerity and the over-riding of popular sovereignty. And all too often it’s the radical right, the Lega in Italy or Front National in France, who are left to pose an easily understandable solution – exit the Euro, accompanied by the re-imposition of border controls to control migration.

Social democratic parties have often clung on to the EU long after others have departed. The Democrats in Italy were faultlessly loyal and paid a hefty price this year at the polls.

Nature abhors a vacuum. If you look back into the way the Lega in Italy, then the Northern League, built its support it adapted many of the methods of the old Italian Communist Party before it committed suicide in 1991; going door to door on run down housing estates, running street stalls and so on. Across Europe it is all too often the anti-migrant right who people who feel deserted by establishment politicians encounter.

Meanwhile in Britain something interested has happened, akin to Sherlock Holmes’s dog that did not bark in the night. In the immediate wake of the UK referendum people were queuing up to say the Leave vote was driven by fears of migration and would immediately translate into a wave of racism and the rise of the far right. Interestingly while racism remains a daily norm, as in every other state, UKIP has fallen apart and the fascist right is at its lowest ebb in my adult life time. In fact Britain is among the exceptions in the EU in not having a growing radical right, which has reached government in Italy, Poland, Austria, Hungary, Slovakia and the Czech Republic. As I write the media reports attitudes to migrants have grown in approval since the Brexit vote. Now this is not cause for complacency but we are not witnessing a wave of racist murders, as for instance followed anti-immigration speeches by the racist Tory maverick, Enoch Powell, in the mid-1970s.

Britain has some assets in encountering attacks on immigration such as a maintained tradition of mobilisation against racism and the far right and the huge melting pot which is London (not without its own problems) but in that sense a European success story. Two recent episodes underlined that. One was the groundswell of sympathy of support and solidarity for the victims of the Grenfell fire, in West London overlooking some of the most expensive real estate in the city and with a population representing the patchwork of peoples who make up London today. The second was the revelation that the UK government was denying citizenship to, mainly, Caribbean migrants and their children who had come to Britain in the 1950s to help post-war reconstruction, and the revulsion that caused, forcing the resignation of the Home Secretary.

There is mounting evidence that the dominant thing fuelling the Brexit vote was a popular kick back against the way working people have been treated for decades. One of my neighbours told me he voted Leave because he saw Richard Branson urging a Remain vote, explaining “there was obviously money in it for him but not for me.”

Across Europe the trick must be to build movements which don’t just combine opposition to austerity and racism but do a left wing Trump – say we are going to bring jobs here, but unlike him mean it. There has to be a message of hope.

Returning to Brexit staying in the EU or becoming semi-detached are not promising scenarios for progressive progress. How you could change the EU beyond having in place governments in each member state who vote together is beyond me. But the vision of Brexit posed by the right free marketeers is just as odious. They envisage Britain returning to 19th century free trade and by imposing no tariffs trading at will across the globe with success.

How Britain with its low productivity and lack of investment achieves that, except by screwing down its workforce still further, is hard to envisage. The EU is a trade bloc which operates at cost to its rivals. As Trump reaches for tariffs we see a world far from free trade but divided into competing trade zones. Military tension is never far from the surface.

If you had to start anew you would not do so from here. But we are here. What is, and it’s a big if, a radical left government was elected on a programme of fundamental change. Well I would argue for a leap into the dark; leaving the IMF, the World Bank, WTO, Nato and its equivalents, NAFTA and the EU and Uncle Tom Cobbley and all. Leave because they all exist to enforce a common neo-liberal template and to block any change which enhances the majority. It would be a leap into the dark but it would require a programme to mobilise popular support at home and globally; trade which benefits producers and consumers, reliance on renewable energy, the creation of state investment banks working together and so on.

Yes, it might be pipe dream but it is also something we can prepare. Back in Europe that means recreating movements like the European Social Forum of a decade ago, launching a grass roots debate on what sort of Europe we desire, one which puts a premium on democracy and benefits small nations and regions. And that has to include citizens of the UK; Scots, Welsh and English with their own agendas, ambitions and identities. Back here in Blighty we need to fight against a debate over Brexit dominated by the wishes of the elite and where the only noticeable opposition comes from the right of the Tory Party. Both have nothing to offer us.

Behind the judgement passed by the Spanish Supreme Court against members of the Catalan independence movement one recognises how present Franco still is in Spanish politics. David Whyte is Professor of Socio-legal Studies and Ignasi […]

We are making progress. Whereas the Green New Deal up to now has been discussed in principle, Colin Hines starts working on details. Although he is focussed on his own nation, Britain, this will help […]