Environmental organisations have hailed a court decision that could mean the end of a little-known legal mechanism that poses a massive threat to climate action.

We are a team of over 200 people across eight offices, dedicated to protecting life on Earth. We work in over 50 countries, ingeniously using the law to create systemic change 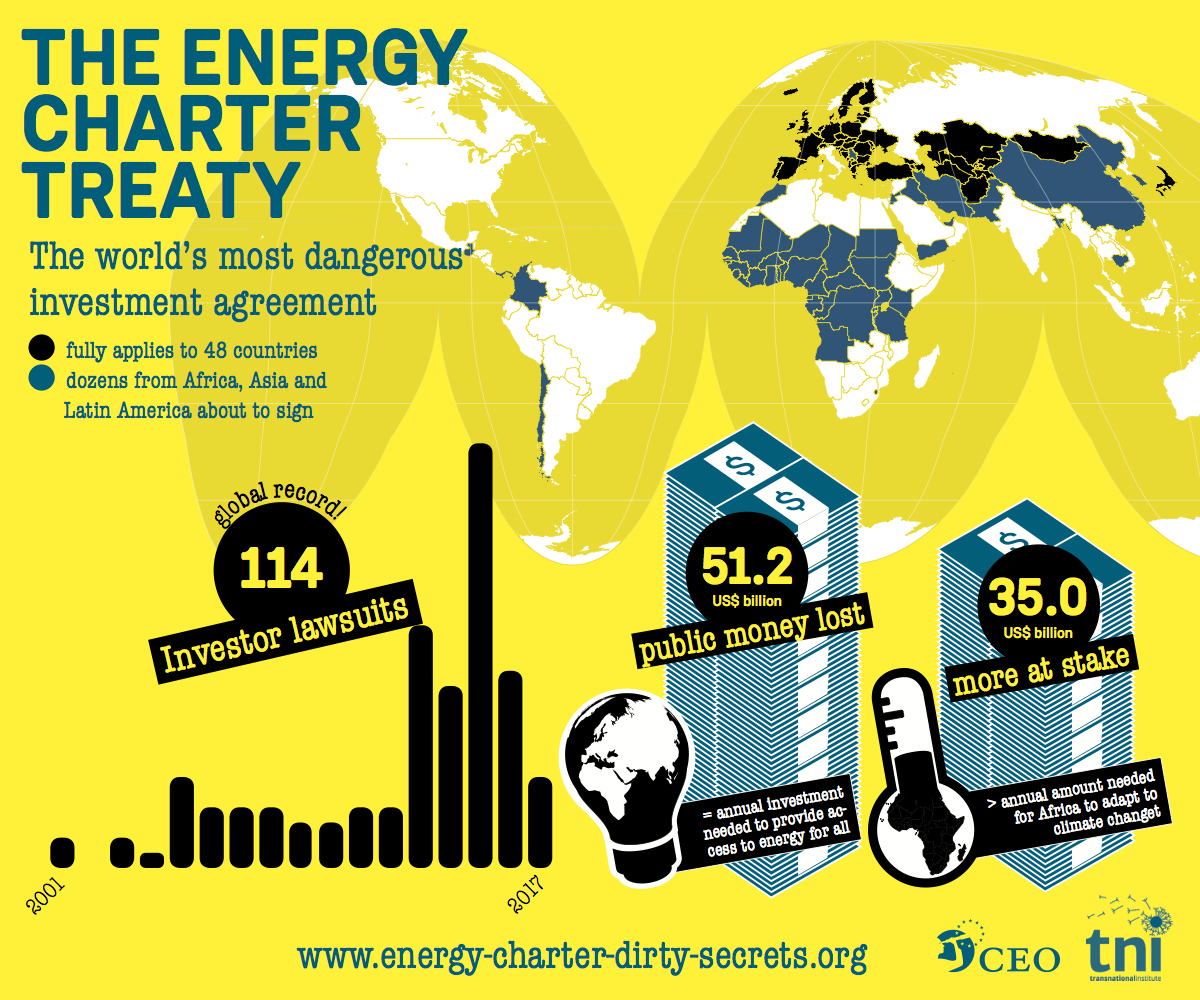 The Court of Justice of the European Union on 2 September held that EU climate polluters could not use the arbitration system under the Energy Charter Treaty (ECT) to claim compensation in disputes between member states – in a decision environmental law charity ClientEarth and climate coalition CAN Europe said should spell the end of the outdated ECT.

The treaty contains a controversial investor state dispute settlement (ISDS) mechanism, which allows foreign investors to sue governments for changes in social or environmental laws that impact their business.

In 2018, a landmark ruling found the use of ISDS in bilateral investment treaties between EU countries was incompatible with EU law because it undermines the power of EU courts. But this has not stopped companies from seeking billions in compensation from governments over climate action.

Today’s ruling confirming the 2018 decision also applies to the ECT sends an irrefutable signal to companies that their climate-damaging actions would not stand, environmental organisations say.

“The ECT poses a massive threat to Europe’s clean energy transition. While ISDS may be a little-known mechanism, it has for decades given cover for fossil fuel companies to sue any time their climate-wrecking investments are challenged by democratic decisions,” ClientEarth lawyer Amandine Van Den Berghe said.

“Sovereign governments should be able to take action on climate change without fear of arbitration challenge from fossil fuel companies with vested interests in polluting projects.

“Given the scale of the climate crisis, it’s not only abhorrent that EU companies have used the Energy Charter Treaty to claim compensation, but it’s now confirmed that it’s also illegal.”

Environmental organisations said the ruling shows that ongoing arbitration using the ECT should not have been brought in the first place. This year, energy companies RWE and Uniper filed cases against the Dutch government over its 2030 coal power phase-out, seeking substantial compensation for their stranded assets. ClientEarth and CAN Europe said the tribunals should reject these claims.

“The majority of EU member states, the European Commission, the Advocate General and the CJEU have all stressed that ongoing ISDS proceedings within the EU are illegal – but arbitration tribunals are continuing to ignore this,” Van den Berghe said.

“The tribunals should apply today’s ruling to their current decision-making, and confirm that they will not accept the use of the treaty in this way in future disputes. Their repeated failure is all the more reason why the EU should abandon the ECT.”

Withdrawal from the treaty can help ensure that strong climate policy from governments is not later rolled back. The call to exit the treaty is being echoed by EU member states including France, Spain, Poland and Greece.

Leaving the ECT must be paired with an agreement amongst all exiting states to neutralise the ‘sunset clause,’ which allows investors to continue to bring ISDS claims related to existing investments for another 20 years after withdrawal.

Such a coordinated EU withdrawal from the ECT would put an immediate end to fossil fuel protection among states that exit the treaty. Since 60 per cent of cases based on the ECT are intra-EU, this would reduce the risk of future lawsuits brought against climate progress.

“It becomes harder by the day for the proponents of the Energy Charter Treaty,” said Cornelia Maarfield, Senior Trade and Investment Policy Coordinator for CAN Europe.

“Its reform is failing, fossil fuel firms are using it to attack climate policies, over a million citizens are calling for it to be scrapped and now the highest court of the EU has declared it illegal. Quitting the ECT should be a no-brainer.”

Inflation is the excuse that right-wing governments have for trying to lower wage levels by blaming the inflation in rising wages. Michael Hudson is the author of Killing the Host (published in e-format by CounterPunch Books and in […]