Africa is of course not part of our remit, but this is clear case of neo-colonialism, in which not only France is involved, but also the euro and the International Monetary Fund.

Francisco Perez is Executive Director of the Center for Popular Economics and a PhD student in economics at the UMass-Amherst.

Cross-posted from Africa Is A Country 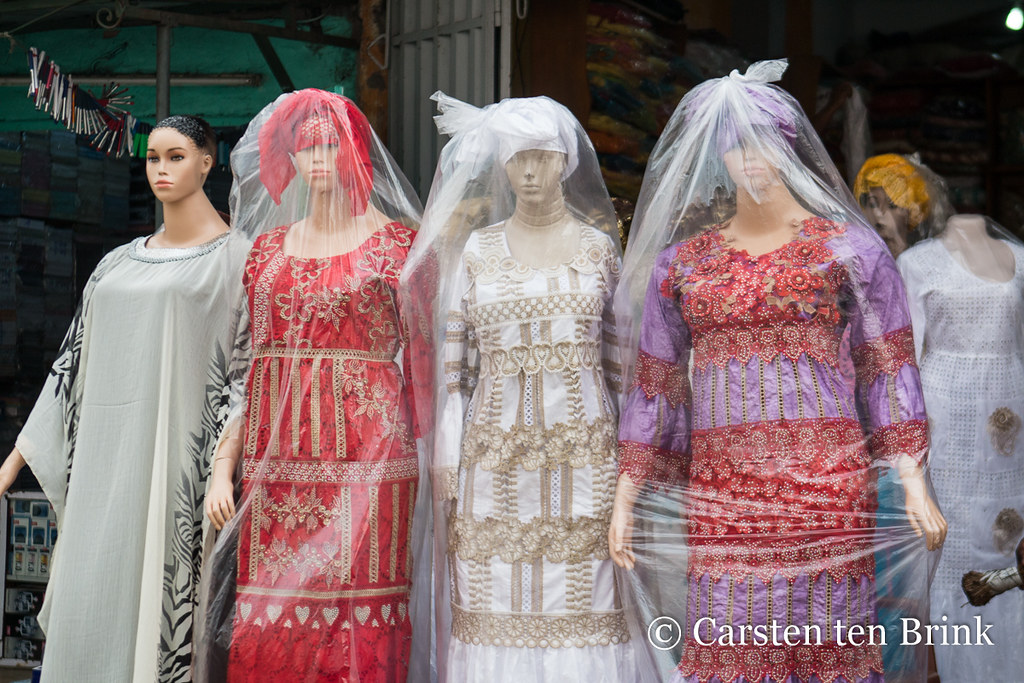 A group of progressive African artists and intellectuals are calling for greater debate on the future of monetary union in West Africa following the surprising announcement on December 21, 2019 by the presidents of France and Cote d’Ivoire, Emmanuel Macron and Alassane Ouattara, to reform the CFA franc and rebaptize it the eco. Bowing to growing anti-colonial sentiment, especially to its military presence in the region, the French government and its allies have been forced to concede some changes to the CFA while still angling to preserve the status quo.

Ouattara is emblematic of the neocolonial ties between France and its former African colonies. He rose to power due to French military intervention after the disputed elections of 2010. He has long been a loyal servant of European and North American political and economic interests, both as a former IMF official and as head of the BCEAO, the common central bank that issues the West African CFA franc. With presidential elections in Cote d’Ivoire scheduled for later this year, critics view the accelerated timetable to introduce the eco—by July 2020—as an electoral ploy. In response, critics have decried the proposed reforms as merely cosmetic, falling far short of the monetary sovereignty West Africa needs in order to build widespread prosperity.

Trumpeted in many headlines as the “end of the CFA,” the announced reforms would do more to preserve the current arrangement than to fundamentally alter it. While we have yet to see detailed formal proposals, Ouattara and Macron called for changing the name from CFA, removing requirement to keep foreign reserves with the French treasury, and the removal of French representatives. These moves do not significantly change the operation of the CFA, they do not change the peg of the CFA to the euro while French government promises its controversial “convertibility guarantee.” The eco would still prioritize monetary stability exclusively, to the detriment of economic development.

Originally, CFA stood for colonies francaise d’Afrique (renamed at independence in 1960 communaute financiere africaine in West Africa and Cooperation financiere en Afrique centrale in Central Africa), the name is one of the most powerful symbols of continuity with French colonialism. Incredibly, the CFA franc—the colonial African franc—still exists in a world where the French franc disappeared 20 years ago. The Economic Community of West African States’ (ECOWAS) plan for monetary integration envisaged first a monetary union including the anglophone states—Nigeria, Ghana, The Gambia, Sierra Leone, and Liberia—and Guinea-Conakry which would later merge with the West African CFA zone—Guinea-Bissau, Senegal, Togo, Niger, Mali, Benin, Burkina Faso, and Cote d’Ivoire. What the choice of eco means for this project is now unclear, but by rebranding the CFA, Ouattara and Macron are getting rid of one of its most objectionable elements: its name.

On January 16, 2020, the finance ministers of Nigeria, Ghana, Sierra Leone, Liberia, and Guinea denounced the move since eco was the name the ECOWAS leaders had agreed to in July, 2019 for an eventual currency union of all 15 members. Although its defenders argue it is an attempt to restart ECOWAS’ project despite years of stalling by Nigerian authorities, most left-wing analysts interpret the renaming of the CFA as a cynical attempt, led by France and its allies in the region, to “kidnap the eco,” undermine an eventual ECOWAS’ monetary union and isolate Nigeria.

Long a source of conspiracy theories and resentment, Ouattara and Macron promised to eliminate the requirement that the CFA countries keep half of their foreign reserves at special accounts with the France’s treasury. Originally, two regional central banks had to keep all their foreign reserves in French francs with the treasury, later dropped to 65% when African governments amended their treaties in the early 1970s, and finally to 50% with further treaty changes in 2005. Critics have asserted that African savings were subsidizing French public spending or that they could have been invested in better assets (stronger currencies and/or assets with higher yields). The writing has been on the wall since November 2019 when the President of Benin, Patrice Talon, declared that the BCEAO would retire all reserves from Paris. This change too, however, is largely symbolic as the BCEAO is likely to hold its reserves in euros and in Europe, even if it diversifies away from French assets.

Perhaps the most untenable part of the CFA arrangement—the most blatant example of ongoing French imperialism—is the presence of French officials on the Boards of Directors of the two CFA regional central banks. The Macron-Ouattara proposal removes all French representatives. But it also maintains the French government’s “convertibility guarantee” for the eco and its ability to name an “independent” Board member. This promise by the French government to backstop the CFA franc (by standing ready to buy CFA and sell euros at a fixed rate in ostensibly unlimited amounts), has been hailed as the key to the CFA franc’s remarkably stable exchange rate (changed only once since 1948). Historically, this guarantee, has proven hollow. The two regional central banks have only had to borrow from the French treasury once in their history, during the debt crises of the 1980s. Instead of supporting the CFA franc indefinitely, the French treasury and the IMF (historically close) imposed a steep 50% devaluation of the CFA in 1994. The French government will only support the eco if governments in the region come under IMF surveillance. Moreover, the proposals call for the return of French representatives to the BCEAO’s management if it ever needs to borrow from the French government to support the peg of the eco to the euro. Ouattara can therefore boast of the end of French tutelage while still leaving the door open for its return.

Most importantly, under the Macron-Ouattara plan the eco would remain pegged to the euro, leaving in place the same decades-old obstacles to the region’s development: the restraining of much needed credit to local economy, overvaluation of the currency hurting exports and capital flight. As long as the peg remains, the BCEAO’s main priority is to maintain a high level of foreign reserves (wherever it chooses to hold them) instead of stimulating the regional economy to achieve full employment. In order to maintain this exchange rate, the BCEAO commits to limiting the creation of money, which necessarily implies less domestic investment. The choice of the exchange rate level (currently about 656 CFA francs for one euro) is arbitrary and has led in the past to overvaluation, which hurts the competitiveness of exports from the region. The main beneficiaries of this fixed exchange rate regime have been African elites—who can protect the value of their often stolen wealth from devaluation and stash it away safely in Europe—and French capital who avoid exchange rate risk when remitting profits and enjoy a chasse gardee (private hunting ground) as investors in the region.

In raising the question of the CFA’s future, Macron and Ouattara have opened a policy debate that might not lead to their preferred outcome: the eco as simple avatar of the CFA franc. Progressive economists have long debated alternative proposals, from the creation of separate national currencies for current members of CFA, to separate currencies tied to a regional unit of account, to a common currency pegged to a basket of major currencies—not simply the euro. The Ghanaian government responded that it is open to the joining the eco but only if it had a more flexible exchange rate. Nigeria, with more than two-thirds of the region’s GDP and half its population, would dominate any monetary union, but with its protectionist streak might prefer to guard its monetary policy autonomy (and avoid subsidizing its poorer neighbors).

Few governments meet ECOWAS’ “convergence criteria” (macroeconomic performance targets inspired by the Maastricht Treaty that created the euro) for joining the eco. The tug-of-war between the French and Nigerian governments for regional hegemony is likely to continue, making it impossible to predict the future. Equally unclear is what, if anything, will change for the Central African CFA zone (comprising Chad, Congo-Brazzaville, Equatorial Guinea, Central African Republic, Gabon and Cameroon). What is clear is that progressive pan-Africanists should fight for an inclusive, democratic debate on the monetary policies, necessary to promote just, egalitarian, and sustainable economic development.

Dimitar Bechev – Elections in Bosnia: More of the same, but there is a silver lining

Elections were held in Bosnia and Herzegovina on 7 October. Dimitar Bechev explains that Bosnian politics continues to be dominated by two ethnically defined poles, each with external support. The country will probably hold together as […]

Currently the best articles concerning the Brexit conflict are coming from those with a marked distance to the issue. This one by Jonathan Cook is a prime example, but also see this brilliant piece by […]