If you are not really sure about economics, but would like to understand what’s going on currently, this will provide you with some simple, but important insights. 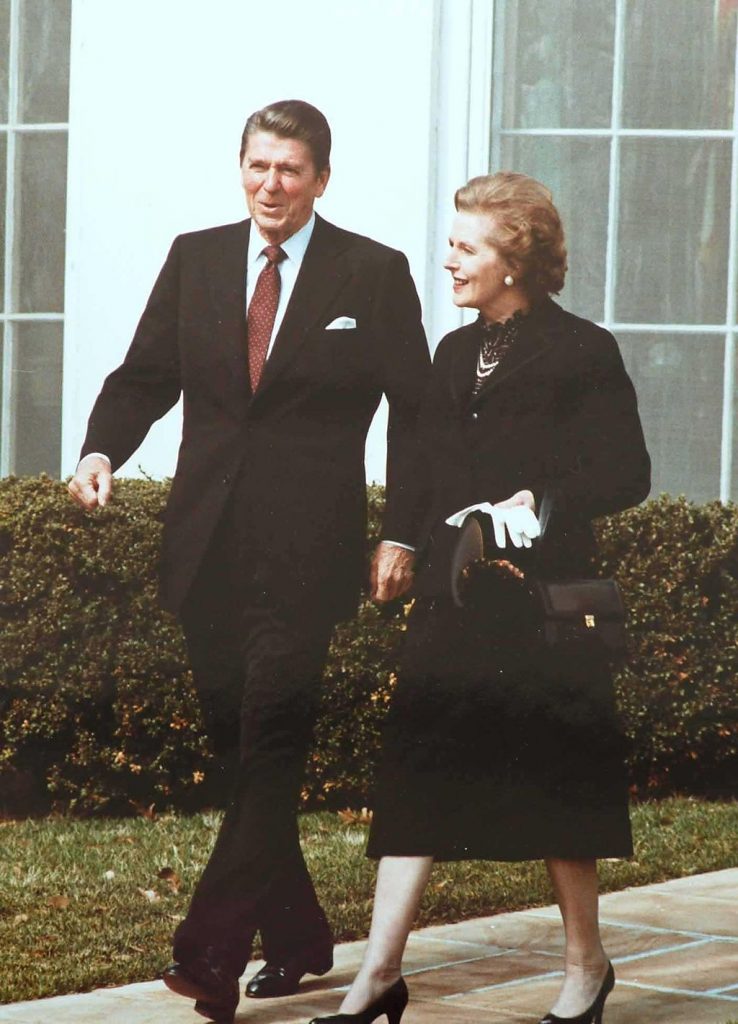 Perhaps the most notable thing about ‘The Terror’ (the cost of living crisis) other than the terror itself is that almost no-one has really come up with a convincing solutions which makes sense in both the short and long term (Richard Murphy undoubtedly leading the field). Why is everyone so clueless?

To understand the answer to this and how serious this issue may become in the years ahead we have to talk about sovereignty. This is not ‘political sovereignty’, a perfectly legitimate debate about what powers should be in the hands of a democratically elected government which tends to become tinged with unpleasantness at its outer edges.

This is about ‘economic sovereignty’. Even three or four years ago this question was considered a fringe one talked about only by the left. That has turned upside down of late, so understanding the issue and why debate is changing so fast is an important bedrock for understanding what is happening in the world just now.

First, it’s best to set aside the arguments that things are going wrong because of a single, specific event – money creation during Covid, Covid itself, supply chain snarl-ups, Russia’s invasion of Ukraine and so on. The truth is that the problem stretches underneath all of these and beyond. Events are revealing or exacerbating the problem, not causing the problem.

The underlying problem is globalisation. And globalisation is not an economic process but a political one. It is about moving regulation of the economy beyond the reach of democratic politics. Which is to say it is an ideology which is about reducing national sovereignty and increasing corporate sovereignty.

A quick summary of this: in the early 1930s when Roosevelt introduced the New Deal and again in the 1945-75 period it was undeniably the case that government intervention in the economy could make things much better for people. It worked because it redistributed economic power away from elites and towards wider society.

This was despised by a fringe group of hard-right economics from about the 1950s onwards but it wasn’t until the ‘oil shock’ of the 1970s that they had a political opening and congealed around what became known as the ‘Chicago school’ (this is a really useful summary of the history).

It was they who designed the Thatcher/Regan revolution which removed democratic powers over domestic economies (largely by removing power from trade unions and sharply reducing regulation).

But it is not until the Clinton and Blair era that this properly morphed into what we now call globalisation. If Thatcher and Regan sharply reduced a nation state’s intervention into domestic economies, globalisation removed the possibility of government action altogether by moving economic regulation very largely out of the democratic realm. By binding nation states into multinational agreements they cannot unilaterally escape from they become bound by that which they cannot influence or change.

The global economy therefore becomes the plaything only of those who own the global economy (corporations and private equity funds) with very little scope for democracy to get in their way. And so play they did – right to the edges of global stability (for example, saving a bit of money by centralising microchip production).

This has cascaded endless problems downwards, but with those downstream of the problems unable to do much about it. You can nationalise domestic energy supply companies, but that makes little difference when a global oil empire does precisely what it wants irrespective of democracy. Remember, something like 60-plus per cent of the cost of inflation is going straight into corporate profits and this year has seen absolutely bumper pay-rises and bonuses for bankers.

Without the ability to make sensible, strategic interventions to prevent crises of this sort happening, they spiral – you can’t ‘dampen down’ a market you don’t have any say over. And this is why no-one seems to have a really persuasive plan of what to do – because government’s don’t have the power to do anything much other than raise money somehow and give it to the corporations who are holding the guns.

This problem is going to get worse and worse as key strategic natural resources start to run out, climate change hits all kind of production processes and a declining American empire provokes geostrategic crises by trying to create an ‘economic iron curtain’ which keeps China out of western markets to protect US corporate interests.

This is how we arrive at the concept of economic sovereignty, realising you don’t have the power to protect yourself from corporations which are more powerful than governments.

The history of the concept of ‘policy sovereignty’ emerged from campaigns around the food sector, food being a non-negotiable requirement for any population. Food policy started to adopt the term ‘food security’ to reflect the public interest in food supply. But in time the idea of ‘food security’ turned into ‘food sovereignty’ to reflect that it’s not just about ‘buying power’ but also has to include policy powers over the structure of production and markets.

That concept of ‘policy sovereignty’ (power not just over outcomes but over the system that creates outcomes) is now gaining traction in all sorts of ways, ironically particularly in the US which is now responding aggressively to the effects of the globalisation ideology it imposed on the rest of the world.

The concept of ‘chip sovereignty’ is a key example. While not exactly helpful to a good nights sleep, it is worth being aware that the world runs on microchips, there are basically three places they are made, two are in Taiwan which may soon be invaded by China, the other is in… China.

The US can’t pull off a full-on economic war with China unless it can manufacture chips. So it is trying desperately to make sure it can – the ‘CHIPS Act’ (the naming of US legislation is truly puerile) is out-and-out state protectionism to create a domestic industry without having to trade successfully on a global market, precisely the globalisation ideology they imposed on everyone else.

This is a debate any sensible nation should now be having in the current global context – what elements of the economy are of sufficient importance that ‘policy sovereignty’ approaches should be taken? Food, energy, construction materials, batteries and microchips are the kinds of areas we need to be thinking about. Scotland is very well placed for some of these, not so much in others.

But while this debate rages in the US and in the EU (membership of which would ironically prevent precisely the ‘policy sovereignty’ moves being made in the US), in Britain and in Scotland it is completely absent.

The Scottish Government is determined to be a ‘good globalist’ which is why it has just privatised all of Scotland’s offshore wind energy, almost all to foreign-owned multinational companies over which Scotland will never have serious policy sovereignty. That is locking Scotland in to future crisis just like this one.

And this is why the First Minister is making absolutely no coherent sense. Here she tells a journalist that having the National Energy Company she promised would have made no difference in this crisis because it is only retail, and here from the day before she tells a different journalist that nationalising energy retail should be “on the table”.

It is pointless to dwell on why the UK isn’t having a debate about energy sovereignty because Starmer and Truss/Sunak are lock-step agreed that there isn’t a debate to be had. But in Scotland it is quite infuriating. We are giving away all energy production capacity for peanuts to foreign multinationals while claiming that we can’t have a National Energy Company retailing energy to Scottish customers because it’s meaningless due to foreign multinationals owning the generation capacity.

Globalisation is over. The US isn’t pretending to play by the rules and China never really did (part of the deal is not stealing IP which China does repeatedly). Only the slow-moving EU is still a true believer. Scotland has to decide whether it wants to pursue a strategy of policy sovereignty so that future crisis are a problem it is in our hands to fix, or whether it wants to pursue a globalisation and privatisation strategy which means that we will be as powerless in the next crisis as in this one.

The ideological blindness of the United States and its racist disregard for Afghan lives led to a logical conclusion. Why is there even a debate about NATO’s lost war? Patrick Cockburn is the author of War […]

I’ve been asked to contribute to a collective article on the anniversary of David’s death in 2020. Steve Keen is a Distinguished Research Fellow, Institute for Strategy, Resilience & Security, UCL Cross-posted from Steve’s Blog […]

Not so long ago in a wee land not so far, far away…… Robin McAlpine is the director of the Scottish think tank Common Weal. Cross-posted from Common Space I NEVER enjoy launch events which […]