Sanctions are a blunt tool 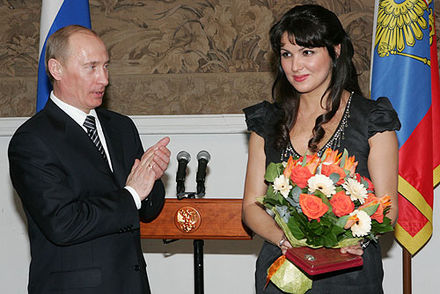 The decision of the New York Metropolitan Opera to not host Russian opera singer Anna Netrebko, unless she explicitly repudiates Vladimir Putin, has received a great deal of attention. The issue is whether it is appropriate to effectively sanction artistic performers and athletes over the decision by Putin to invade Ukraine.

This may be an easier call in the case of Netrebko than some others, since it seems that she has associated with Putin repeatedly, and her career was advanced by this association. But the issue arises with performing artists and athletes more generally. After all, they weren’t involved in Putin’s decision to attack Ukraine, why should they be punished for Putin’s murderous attack on a neighboring country?

That is a good question, but it extends far more widely than the big-name stars who have largely been the focus. The sanctions that the U.S. is imposing on Russia will lead to hardship for tens of millions of people in Russia. Millions of ordinary workers will lose their jobs. These are mostly people who do things like working in restaurants and hotels, retail stores and factories. They will likely find it difficult to pay their rent, buy food, and afford other necessities of life.

Sanctions are a reasonable response to Putin’s invasion, but we should not imagine that there will not innocent victims. Some of these will be the star performers and athletes who will be excluded from much of the world.

But for every one of these stars whose case may get written up in the New York Times there are tens of thousands of retail clerks and factory workers who lose their job because of sanctions. These people deserve our sympathy at least as much as the highly paid international stars. In any case, it is important to remember that sanctions do have collateral damage, even if they may be an effective way to punish Putin for his invasion.

Spain’s state terror takes no end, even in the midst of the human catastrophe we are all going through. And what we are seeing in  the case of Julian Assange is no different. Toni Strubell  […]

Emma Clancy – The eurozone’s ‘soulless market’ and its thuggish enforcers

The EU hegemon Germany has rigged the Euro to serve its interests. Germany has been the big winner, having benefited by €1.9 trillion from the euro between 1999 and 2017, or around €23,000 per person. […]

Mario Seccareccia – As Pandemic Recedes, a Chance to Rethink Unemployment

Why 2021 offers a rare opportunity to rebalance the economy in favour of Main Street Canadian economist Mario Seccareccia, recipient of this year’s John Kenneth Galbraith Prize in Economics By Lynn Parramore Cross-posted from INET […]