The Ecuadorian Constitutional Court Affirms the Rights of Nature

This may appear an arcane topic, but the question of the rule of law over the rule of profit with regard  to nature rights appears to be gaining traction and a topic well worth following closely.

Gustavo Prieto is a postdoctoral researcher at the Department of European, Public and International Law, Ghent University; Human Rights Centre and Human Rights in Context. 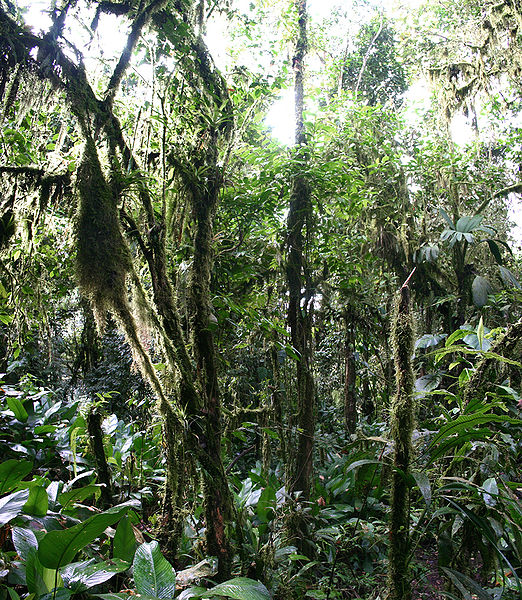 Last week, the Ecuadorian Constitutional Court published its judgment in the case of the Los Cedros forest, a protected cloud forest of great biodiversity in the Andean mountains of Ecuador (here, here). This judgment revokes environmental permits previously granted to two mining concessions in the Bosque Protector Los Cedros reserve. The Court ruled that the mining permits in question had not only violated several constitutional rights of communities in the area but also – most remarkably – the rights of mother nature (Pacha Mama). It specifically granted these rights to the Los Cedros Reserve. While the judgment has received international recognition, there is still some uncertainty regarding future applications of this unusual, non-anthropocentric legal standard set by the Court to protect the rights of mother nature.

In 2017, Ecuador granted the state-owned enterprise ENAMI EP two mining concessions along with the required environmental permits. This allowed mining within the Los Cedros cloud forest, a protected area known for its exceptional biodiversity. ENAMI EP then entered into a number of agreements with private corporations, which began to explore the area for minerals in preparation for mining activities.

The Constitutional Court ruled on this claim in judgment 1149-19-JP/21 of 10 November. It declared that the mining concessions and environmental permits previously granted had violated three different sets of rights set out in the Ecuadorian Constitution: a) the Rights of Nature or Pacha Mama (Articled 10, Article 73) corresponding to the rights of the Los Cedros forest; b) the right to water (Article 12, Article 313), as previously defined by the Court in an earlier case, and the right to a healthy environment (Article 14); and c) the right of local communities to prior consultation (Article 61.4, Article 398). While this sentence includes important elements regarding all three types of rights, its most innovative component is providing a legal standard to assess violations of the rights of nature. In the following, I specifically focus on this aspect of the judgment.

The protection of Nature as constitutional value

In 2008, Ecuador adopted a new constitution, characterized by a broad bill of rights that includes the rights of mother nature, Pacha Mama (Article 10). This is a notably non-anthropocentric conception of environmental concerns rooted in indigenous beliefs. Indigenous communities do not see nature as an object of protection but as an integrated system to which human beings belong and with which they must harmoniously co-exist (Preamble Ecuadorian Constitution).

In judgment 1149-19-JP/21, the Court defined the legal contours of the rights of nature, defining them as a fundamental constitutional value and advancing a legal standard that ought to apply in specific cases, such as the case of Los Cedros. The Court concluded that the Constitution’s recognition of Nature as a subject with rights was not a rhetoric declaration, but rather a statement regarding a fundamental value. As the Court declared (par 31, 32):

“This is not rhetorical lyricism, but a transcendent statement and a historical commitment […] these values are part of the constitutional preamble which presents the fundamental values of the Ecuadorian people.”

The legal standard for nature rights

The Court had already declared in an earlier case, decided on 8 September 2021, that mangrove ecosystems in general hold nature rights, but it had not provided any formula detailing how such rights should be considered in specific cases. The recent Los Cedros Judgment went one step further by structuring a legal standard for the application of nature rights in a concrete case, recognizing Los Cedros as a specific subject deserving protection (par 70). With this step, the Court went well beyond the earlier case, which determined that mangroves in general were complex ecosystems protected by the rights of nature. In Los Cedros, the Court did not recognize the rights of cloud forest ecosystems in general but instead chose to consider a specific forest as the holder of such rights.

Then, it applied a two-step test to determine when an economic activity could be said to violate such rights: a) the existence of potential risk of severe and irreversible damage to nature; and b) lack of full scientific certainty about the negative impacts of an activity (par 62). The Court justified this two-step test with the precautionary approach of Principle 15 of the 1992 Rio Declaration on Environment and Development and other international environmental instruments. However, while Principle 15 establishes that the lack of full scientific certainty shall not be used as a reason for not taking ‘cost-effective measures to prevent environmental degradation’, it does not require scientific certainty that an activity will have zero impact before it is authorized to start. Thus, the Court set a higher threshold, one that could be hard to meet in the case of any type of economic activity.

The Court concluded during a process ‘based on the information received’ (par 70) that any mining activity would have an irreversible negative impact in Los Cedros (par 124) thereby affecting the rights of Nature. Complementarily, it stated that in any case the parties involved had not provided the Court (par 130) with scientific information regarding potential impacts on nature rights and it highlighted the lack of independent environmental studies prior to the concession of mining permits (par 140).

The application of this legal standard raises several questions that the Court must clarify in future jurisprudence:

The Los Cedros case will undoubtedly have a transformative impact in Ecuador and beyond. However, if the Court does not address the lack of clarity regarding the scope and implications of its own standard in the future, it risks contributing to a fragmented and unpredictable system for the rights of Nature across the country. This would make it difficult for local communities, economic actors, and policy makers to determine the exact application of Nature rights in concrete cases.

Carlos Rodríguez: Uber and Cabify violate the rights of users – and we have the evidence

Carlos Rodríguez, community manager at Elite Taxi Association Barcelona and vice-president of the Taxi Project 2.0, summarises a report by Taxi Project on the violation of the rights of consumers using the apps of ridehail […]

Julia Downes – The Injustice of Injustice: Making a feminist complaint and resisting abuses of power within Higher Education institutions

Complaint is simply a refusal to go along with something. It is a ‘misfit genre’. That when you raise a concern the response confirms that you are not of them. Those of us who challenge […]