Elections were held in Bosnia and Herzegovina on 7 October. Dimitar Bechev explains that Bosnian politics continues to be dominated by two ethnically defined poles, each with external support. The country will probably hold together as a state, but it will be highly dysfunctional and resistant to EU and US initiatives to promote pro-western reforms. 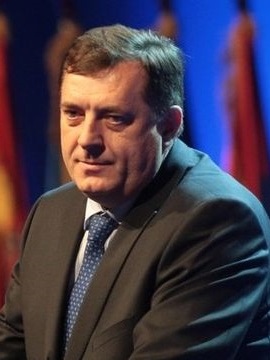 Nothing much changes in Bosnia. A journalist colleague of mine used to quip that since 2006, the year when a major constitutional reform failed, he could write the same piece over and over again. The names, the issues, the concerns would be pretty much identical. The West continues to be outmaneuvered by cunning politicians beating the drum of nationalism to cling to power.

Elections seem to make only a marginal difference. That’s the takeaway from October 7 when elections were held both at the state level of Bosnia and Herzegovina (BiH) and within BiH’s two “entities,” the predominantly Bosniak- and Croat-populated Federation, and the Serb-populated Republika Srpska (RS). Voters turned out to elect the three members of the collective presidency and the lower house of the BiH legislature. They also chose the heads of the two entities and their respective legislatures.

The main development is that Milorad Dodik, the current RS president who is under US sanctions, has been elected as the Serb member of the BiH presidency, defeating the incumbent Mladen Ivanic. Dodik’s party, the Union of Independent Social Democrats, also preserved control over the RS legislature. In other words, the vote has empowered a nationalist leader who has openly aligned with Russia and threatened, on multiple occasions, to take RS out of Bosnia and Herzegovina through a referendum. But his decision to assume a seat in a BiH-level institution, rather than remain in his position in RS, may mean he might not be pushing for secession with the same vigor as he has before.

That doesn’t mean that Dodik will be less obstructionist after moving from Banja Luka, RS’ capital, to Sarajevo. He will likely continue to stoke nationalism as a means to divert attention away from corruption and abuse of power within the Serbian half of Bosnia.

The election of Sefik Dzaferovic as the Bosniak member of the presidency underscores continuity. Dzaferovic is taking over from Bakir Izetbegovic, the leader of the Democratic Action Party (SDA) established by his father, the late president Alija Izetbegovic. According to preliminary data, SDA is in the lead in the vote for the lower house of the BiH-level parliament. It is also doing very well in the legislative races in the Federation entity.

The race for the Croat seat in the presidency brought a surprise. Zeljko Komsic prevailed over Dragan Covic, the head of the main Croat party HDZ. Komsic’s victory is likely to provoke a backlash as HDZ activists will likely blame Covic’s defeat on ethnic Bosniaks casting a tactical vote for Komsic, an ethnic Croat, and, in effect, stealing the position. That is what happened in 2006 when Komsic won the race for the presidency to serve over two terms.

What is different this time is that Covic has deepened contacts with Russia. He might seek help from Moscow in demanding greater rights for ethnic Croats, a strategy to offset the loss of his position. Together with Serbian leader Dodik, Russia can count on two allies within Bosnia’s political scene.

To cut a long story short, Bosnia’s politics continue to be dominated by two ethnically defined poles—one led by Serbian Dodik and another around Muslim Bosniaks and the SDA. Each of those two rely on external support, Russia in the case of the Serbs and Turkey for the SDA. Bosnia will probably hold together as a state, contrary to the fear that a new war is on the horizon. But it will be highly dysfunctional and resistant to EU and US initiatives to promote pro-Western reforms.

Additionally, there are mounting suspicions of foul play. The Central Electoral Commission has already cancelled more than 452,000 ballots cast in polls at all levels (BiH, entity, and Federation cantons). That corresponds to between 6-8% of votes in any of those elections which involve a body of just 1.5 million voters. There will be even more disputes ahead, in addition to the inevitable squabble over Bosniaks propelling a “fake Croat” into the presidency.

But it is not all doom and gloom, to be sure. Ethnopolitics is not the only game in town now. Data shows that both the SDA and the HDZ have lost voters since their heyday in the mid-1990s, immediately after the war. The SDA’s base has shrunk by a whopping two-thirds since that time. There is a shortage of politicians who can appeal across the ethnic divide (people like Komsic are an exception), but voters’ preferences are far from fixed.

In RS, too, Dodik’s grip on power is not as foolproof as it seems. Just before the elections, 40,000 people marched in Banja Luka demanding an investigation into the death of David Dragicevic, a twenty-one-year-old student believed to have been kidnapped and murdered by the police. “Justice for David” (Pravda za Davida) has become a rallying cry for all opponents of Dodik’s increasingly authoritarian rule. Remarkably, protests have taken place in predominantly Bosniak Sarajevo as well. In other words, the fight for accountability and clean government is a cause that can unite all Bosnia’s citizens. All is not lost.

We only have one planet, so the levels of consumption and waste that mark western Europe and North America are not achievable everywhere. The idea of development must be de-westernised. Ndongo Samba Sylla is Research and […]

Olivier Hoedeman – The EU’s obsession to ‘complete the single market’